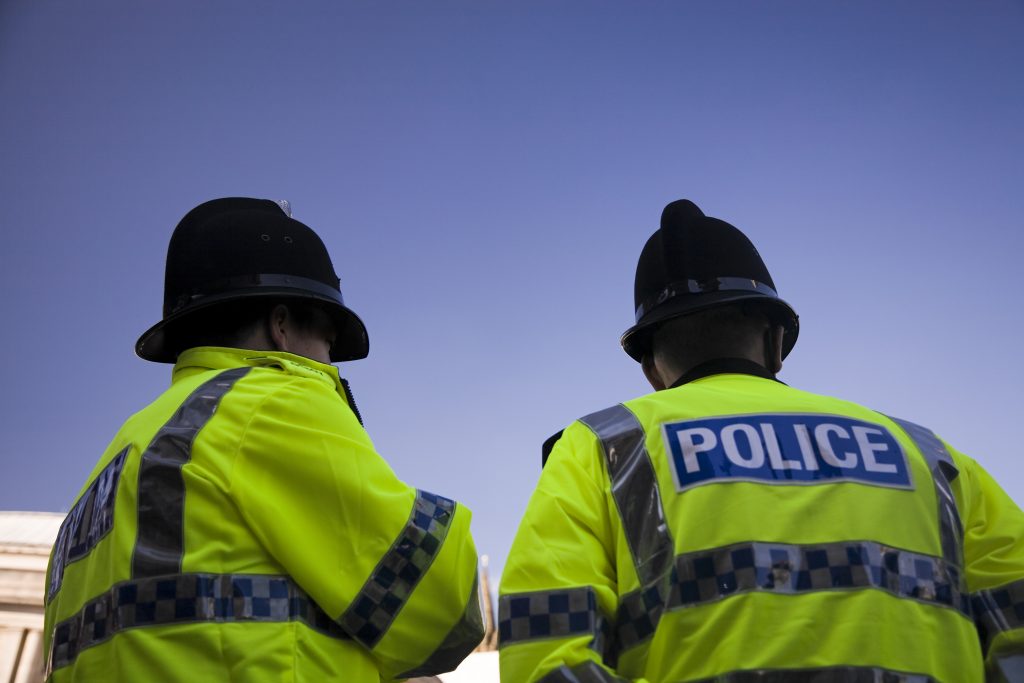 As noted in the main April issue of Criminal Justice Notes, the UK primary legislation applicable to the challenges presented by the spread of Covid-19 do not directly create an extensive body of relevant criminal offences. Nor do they directly confer many new enforcement powers on the police. Government Ministers, however, are given draconian regulatory powers to make such offences and police powers a reality. Yesterday (Thursday 26 March 2020), the UK Health Secretary took a major step in that direction in England with the issue of The Health Protection (Coronavirus, Restrictions) (England) Regulations 2020. Interestingly, these were made under the Public Health (Control of Disease) Act 1984, rather than the emergency Coronavirus Act 2020 that was rushed through Parliament in recent days.

The new Regulations give sharp legal teeth to the familiar restrictions on everyday life that, for the most part, have had the mere status of government advice and guidance in seeking to combat the spread of the virus. However, they also take us into very unfamiliar territory in which police and executive officers are given unprecedented authority and control over some of the most fundamental aspects of our everyday lives.

This supplementary note offers an outline of the key provisions. In contrast to the virus, they apply only to England. However, similar (but not identical) Regulations came into effect in Wales at 4.00pm on the 26 March and in Scotland at 7.15pm. At the time of writing (27 March 2020), there are no equivalent Regulations in force in Northern Ireland.

The Regulations impose a body of requirements and restrictions on personal, social and business freedoms that would be remarkable even in a single party authoritarian State today. They essentially require people to remain in their homes, unless they are homeless or have a reasonable excuse to venture onto the street. A reasonable excuse in this context is limited mostly to essentials of life such as: obtaining food or medical assistance for oneself or vulnerable persons, accessing critical services, going to work (or charitable activities) which cannot be done from home, continuing access arrangements in respect of children, moving house where reasonably necessary, fulfilling certain legal obligations, avoiding harm, giving blood and attending a close family funeral.

Another reasonable excuse is taking one period of exercise each day either alone or with members of the household. The very fact that the right to breathe fresh air and exercise in public is legally framed as a limited concession is a striking indication of the extreme nature of these measures, and the alien environment into which we have been thrust so suddenly. It is as if we have all been consigned to a strict prison regime where the prison is our own homes.

Nor do the stringent curbs on our freedom stop there. If we do manage to leave our homes for a limited period, we are subject to further strict controls on what we can do while outside. The Regulations stipulate generally that a person cannot be accompanied by more than one other person at a time, unless all the persons are members of the same household. Interestingly, there is no strict legal requirement for one couple to keep a “social distance” from another separate couple. However, as will be seen below, the enforcement powers could be used to ensure that we keep our distance from each other.

There are specified exceptions pertaining to matters such as essential work purposes, providing care and assistance to a vulnerable person, fulfilling a legal obligation and a funeral. Nevertheless, they do not detract from the fact that being outside in this legally constructed bubble bears very little resemblance to what most of us would instinctively associate with the familiar experience of being outside. The similarities with George Orwell’s 1984 are chilling.

The social transformation driven by the Regulations is reinforced by the closing down of businesses and related outlets that are an essential and familiar core of the participatory public environment which is our norm. For the most part, business owners selling food and drink for consumption on the premises must close. That means all pubs and restaurants, among others. The same applies to most businesses offering goods for sale or hire in a shop (including libraries). They must stop trading with customers on their premises, although this does not apply to take-aways selling hot food. Most business consisting of the provision of holiday accommodation must cease. Places of worship must cease religious services on the premises, subject to limited exceptions. Burial grounds must close to the public, except for funerals. On the bright side, there is no closure order on public parks (although it seems to be a different picture in Wales).

The extraordinary and alien nature of these requirements and restrictions are complemented by enforcement provisions which bear virtually no relationship to anything with which we are familiar. Collectively, they offer a stark expression of a paternalistic and authoritarian State. The powers are vested in the figures of a “relevant person” and an “authorised person”. They can be the familiar constable or police and community safety officer. However, they can also be an officer designated by the Health Secretary, and an officer designated by a local authority for certain purposes.

A “relevant person” is empowered to “take such action as is necessary to enforce any requirement [or restriction] imposed” by the Regulations. It is rare for such an open-ended coercive power to be conferred on a constable, let alone the other categories embraced by a “relevant person”. If there a is police power that epitomises the authoritarian state, this is it. It is reminiscent of police powers conferred by the old Special Powers Act in Northern Ireland.

Given the incredibly broad scope of the requirements and restrictions imposed by the Regulations, this general power effectively makes a “relevant person” master of the street and open spaces, and everything on them. It is complemented by a number of express powers that enable the “relevant person” to impose and enforce obligations on the individual. So, for example, where he or she considers that a person is outside their dwelling in contravention of the Regulations, he or she may direct that person to return to their dwelling, and can use reasonable force to give effect to the direction. A “relevant person” may only issue such a direction if he or she considers it is a necessary and proportionate means of ensuring compliance. Nevertheless, this is a breath-taking power by any standards, and one that is totally alien to the concept of a democratic state based on respect for fundamental rights and freedoms.

Another striking example is the express power to disperse groups of people in public. Where a “relevant person” considers that three or more persons are gathered together in contravention of the Regulations, he or she may direct the gathering to disperse. He or she may also direct any person to return to their dwelling, and can use reasonable force to give effect to that direction. A constable already has extensive powers to disperse groups, among other things, under controversial public order legislation. These public health powers, however, take them into a whole new dimension.

Interestingly, the Regulations do not confer an express power on a “relevant person” to stop an individual on the street and demand information on the purpose of their movements. It is likely, however, that that is covered by the general power outlined above. In the case of motorists, a constable can always use road traffic powers to stop vehicles and engage with drivers and their passengers. While there does not appear to be an express obligation on persons to answer questions or provide information about their movements, it is at least arguable that a failure to comply could give a “relevant person” sufficient reasonable suspicion to exercise their coercive powers.

A “relevant person” has express powers to enforce business closures and related requirements. He or she may give a prohibition notice to any person where he or she reasonably believes the person is breaching closure or related requirements, and that the notice is necessary and proportionate to prevent the breach.

A constable has a very broad power of summary arrest in respect of a breach, suspected breach (or imminent breach) of the Regulations. This, of course, gives the constable immense power and authority to secure compliance. Significantly, it would appear that the power is confined to a constable who is likely to be more sensitive to (and skilled in) the importance of achieving consensual compliance.

The sweeping restrictions, requirements and enforcement powers are backed up by the full punitive force of the criminal law. A contravention, without reasonable excuse, of the requirements and restrictions imposed by the Regulations is a summary criminal offence punishable by a fine. The same applies to a contravention of a direction, or non-compliance with a reasonable instruction or prohibition notice, given by a “relevant person”. It is also an offence to obstruct, without reasonable excuse, any person carrying out a function under the Regulations.

These provisions, when interpreted in conjunction with the sweeping scope of the requirements and restrictions, effectively subordinate each one of us to the direction of “relevant persons” in the exercise of many of the basic public freedoms that we have always taken for granted. It is almost as if they are the authoritarian parents and we are the submissive children.

An offence under these provisions can be prosecuted and punished in the courts. Significantly, they can be prosecuted not just by the regular Crown Prosecution Service, but also by persons specially designated by the Health Secretary. Critically, they can also be punished directly on the street in a manner that further enhances the power and authority of a relevant/authorised person.

An “authorised person” (much the same as a “relevant person”) may issue a fixed penalty notice to anyone whom he or she reasonably believes has committed an offence under the Regulations and is over 18. A notice gives the person the option of avoiding prosecution in court by paying a penalty of £60 to the relevant local authority within 28 days. If it is the first notice issued to the person, the amount is reduced to £30 if it is paid within 14 days. A second notice carries a penalty of £120. For a third notice, and for subsequent notices, it is double the amount of the immediately preceding notice, subject to a maximum penalty of £960.

Restrictions and requirements under the Regulations commenced on the 26th March 2020 at 1.00pm, and end at a time specified in a direction specified by the Health Secretary. However, he must review the need for them at least once every three weeks. When he considers that a restriction or requirement is no longer necessary, he must publish a direction terminating it. The Regulations as a whole expire after six months, but presumably, they can be renewed or re-introduced from time to time.

Given the nature and extent of the restrictions, requirements and police powers under the Regulations, there must be a question whether they are compatible with the UK’s obligations under the European Convention on Human Rights (ECHR). The Government has not triggered the option of a derogation from relevant provisions of the ECHR in order to respond to a public emergency threatening the life of the nation. It seems to be taking the view that all of the measures are a necessary and proportionate response to the threat presented by the spread of the virus.

It must also be said that relevant provisions of the ECHR, such as the right to liberty, right to privacy and the freedom of association and assembly all permit restrictions in order to prevent the spread of infectious disease or to protect health. Whether the Regulations are sufficiently necessary and proportionate to benefit from such permissible restrictions is another big question