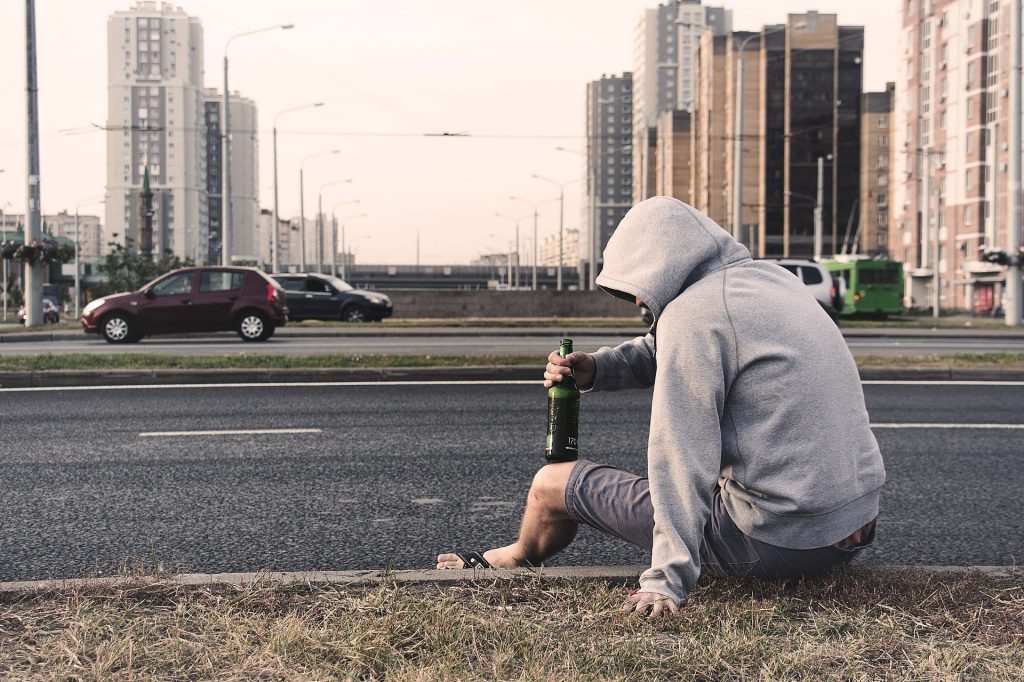 Intoxication from the effects of alcohol and/or drugs is often present in the commission of offences against the person, sexual offences, criminal damage and public order offences. The criminal law, however, has struggled to deal with its impact on culpability in a consistent, coherent and principled manner. Generally, a pre-requisite for liability in criminal law is foresight of the risk that one’s criminal act or omission will produce the prohibited consequence in the offence in question. If, as will often be the case, such foresight is lacking due to the effects of intoxication, it should follow that there is no criminal liability. That, however, could produce the incendiary spectacle of large numbers of accused persons being seen to avoid criminal liability, essentially because they had voluntarily consumed so much alcohol and/or drugs that they were not sufficiently aware of what they were doing at the time in question.

Beginning with the House of Lords decision in DPP v Beard [1920] A.C. 479, the courts in the common law world have charted a path through this dilemma by attempting to strike a workable balance between public policy and principle. Their efforts have not always been consistent across time and place and, as every first-year law student will know, they still incorporate a frustrating degree of uncertainty on at least one critical element. In a decision handed down some weeks ago in People (DPP) v Eadon [2019] IESC 98, the Irish Supreme Court addressed another aspect of the law that has given rise to some confusion in the past. It is discussed further below.

Crimes of basic and specific intent

Strictly speaking, voluntary intoxication is not a defence to a criminal charge in English (or Irish) criminal law. It can, however, appear to operate as a defence, limited to crimes which require proof that the accused acted with the specific intent to produce a prohibited consequence (specific intent offences). The most well-known example is murder as that requires proof that the accused not only caused the death of another person unlawfully (the actus reus), but that he did so with intent to kill or cause grievous bodily harm (the mens rea). Another straightforward example is wounding with intent to cause grievous bodily harm.

Specific intent denotes a high level of culpability or foresight on the part of the accused, and it is confined largely to a relatively small number of serious offences. Most criminal offences are satisfied by a lower level of foresight, namely awareness of the risk that one’s conduct will amount to the prohibited act or produce the prohibited consequence (recklessness). These are referred to as crimes of basic intent (as distinct from crimes of specific intent). Regular examples are manslaughter, and unlawfully damaging property belonging to another being reckless as to whether such property would be damaged.

In a landmark decision in DPP v Majewski [1977] A.C. 443, the House of Lords (as it then was) held that an accused would not be guilty of a crime of specific intent if he was so heavily intoxicated at the time of committing the crime that he did not have the requisite specific intent. Clearly (and logically), an essential element of the crime would be missing and so the accused could not be convicted of it. Critically, however, it also held that voluntary intoxication provided no defence at all to crimes of basic intent. Indeed, admission of such voluntary intoxication could be sufficient to relieve the prosecution of the burden of proving that the accused had the necessary culpability (recklessness) for such basic intent offences.

Relief for the intoxicated accused charged with a crime of specific intent is only partial. For each crime of specific intent, there is usually a lesser, parallel, crime of basic intent. Typically, each will share the same conduct requirements (actus reus). They will differ only to the extent that one will require specific intent with respect to the prohibited consequence, while the other will be satisfied by a basic intent with respect to that consequence. So, for example, the basic intent offence alongside murder is manslaughter. Both share exactly the same actus reus. Unlike murder, however, manslaughter can be satisfied where the accused has merely foreseen a high risk (basic intent) that his conduct will cause death or serious injury, and he proceeded to take that risk.

It would appear to follow that intoxication could be described as a partial defence to a crime of specific intent, in that it reduces it to a crime of basic intent. That, of course, is not quite the same concept underpinning the familiar partial defences of loss of self control and diminished responsibility. These apply only to murder (reducing it to manslaughter), and they do not signify that the accused lacked the intention to kill or cause grievous bodily harm. Intoxication, by comparison, applies to all crimes of specific intent, and it necessarily signals that the accused lacked the specific intent required for the offence in question.

Undoubtedly, there is a heavy dose of public policy expediency underlying the House of Lords decision in Majewski. As in most such situations, that can import a degree of uncertainty, even arbitrariness, into the interpretation and application of the law in individual cases. In the intoxication context, for example, the distinction between crimes of basic intent and specific intent lack the principled clarity that should be demanded of the criminal law. While it is easy to appreciate the broad parameters underpinning the classification, their limitations surface when applied across the messy diversity of criminal offences.

Another aspect that has caused confusion concerns the threshold level of intoxication required to bring the ‘defence’ into play in crimes of specific intent. It should be remembered in this context that the prosecution must prove that the accused acted with specific intent to produce the prohibited consequence in the offence charged. If the jury are left with a reasonable doubt whether he formed the requisite specific intent, they cannot convict of the specific intent offence.

The courts in several common law jurisdictions have settled on the second test. On this basis, the key issue is whether the accused was so intoxicated that he did not actually form the specific intent required by the offence charged. It is not whether he was so intoxicated as to be incapable of forming that intent. If the jury are left with a reasonable doubt about whether the accused actually formed the requisite intent, they must acquit him of that charge (even if he was not so heavily intoxicated as to be incapable of forming the intent). Relevant English jurisprudence is R v Sheehan and Moore (1974) 60 Cr. App. R. 308; R v Garlick (1981) 72 Cr. App. R. 291; and R v Brown and Stratton [1998] Crim. L.R. 485. One of the core questions for the Irish Supreme Court in Eadon was whether it should bring Irish law into line with that position.

The facts of Eadon

The appellant was convicted of murdering his mother in a frenzied knife attack in the family home. He was 19 years of age at the time and had been a heavy abuser of drugs and alcohol continuously throughout his teenage years. The evidence established that in the days up to and including the stabbing, he was suffering from severe paranoid delusions and psychosis brought on by the excessive consumption of drugs and alcohol. He had pleaded not guilty to murder on the ground that he lacked the specific intent for murder due to intoxication (he also pleaded diminished responsibility).

The appellant offered a plea of guilty to manslaughter, but this was rejected by the prosecution who proceeded with the murder charge. He was convicted of murder, and he appealed unsuccessfully to the Court of Appeal on the ground that the trial judge’s charge to the jury on the intoxication issue was defective.

The Supreme Court granted leave for appeal on the grounds of two points of law of general public importance. The first concerns the subject of this note. What is the correct test for the effects of intoxication on culpability for murder? Should the jury be instructed to consider its effect on the capacity of the accused to form the necessary specific intent, or should they consider only its effect on whether he actually formed the intent? The second point (not pursued here) is whether a deficiency in the trial judge’s charge to the jury could be made up by comments on the law by counsel in their closing speeches to the jury.

Prior to the judgment of the Court of Appeal in the instant case, there was sparse Irish authority on the intoxication point. It had featured in three separate decisions of the Court of Criminal Appeal, namely Attorney General v Manning (1955) I.L.T.R. 155; DPP v McBride [1996] 1 I.R. 312; and DPP v Cotter (Unreported, Court of Criminal Appeal, 28 June 1999). In all three, the Court proceeded on the basis that the ‘capacity’ test was applicable. That was also the approach that the trial judge in Eadon took in his very sparse direction on the intoxication defence to the jury.

On first appeal, the Court of Appeal rejected the ‘capacity’ test in favour of the ‘actual formation of intent’ test. Nevertheless, it refused to overturn the murder conviction, as it considered that, taken as a whole, the trial judge’s direction on intoxication could be considered adequate!

On the further appeal, the Supreme Court began by charting the movement away from the ‘capacity to form intent’ test to the ‘actual formation of intent’ test in the jurisprudence of England and Wales and in some other common law jurisdictions (Australia, Canada and New Zealand). The Court also found firm support for the latter in principled analysis in a range of Irish academic sources. Taking all of this into account, it declared itself satisfied that ‘actual formation of intent’, as distinct from the ‘capacity to form intent’, was the appropriate test to apply in Irish law. Being capable of acting with intent to kill is not sufficient in itself to satisfy the guilty mind for murder. The accused must actually have formed the intent to kill or cause grievous bodily harm.

Accordingly, the trial judge must instruct the jury that they had to decide whether the prosecution had satisfied them beyond a reasonable doubt that, despite his intoxication, the accused had actually formed the intent to kill or cause serious injury to his mother.

The Supreme Court acknowledged that the Court of Appeal had identified the correct test in the instant case. Unlike the latter, however, the former considered that the trial judge’s direction in the instant case was too misleading to be acceptable. Accordingly, the Court quashed the conviction for murder. It is now a matter for the DPP to decide whether to accept the manslaughter plea originally offered by the appellant, or to seek a retrial on the murder charge.

When dealing with the law on intoxication as a ‘defence’ in criminal law, the student must be keenly aware of some important distinctions which are driven by a combination of public policy and principle. Arguably, the classification of offences into crimes of basic intent and specific intent is a product of the former which does not always fit comfortably within the latter. By comparison, the obligation on the prosecution to prove that, despite his intoxication, the accused actually formed the intent to kill or cause grievous bodily harm, as distinct from merely having the capacity to form such intent, is an assertion of coherent criminal law principle. The judgments in the Irish Supreme Court’s decision in Eadon are a useful resource for the explication of this principle.

I am grateful to Johanne Thompson, Senior Lecture in Law at KLS, for her very helpful comments on an earlier draft of this note.