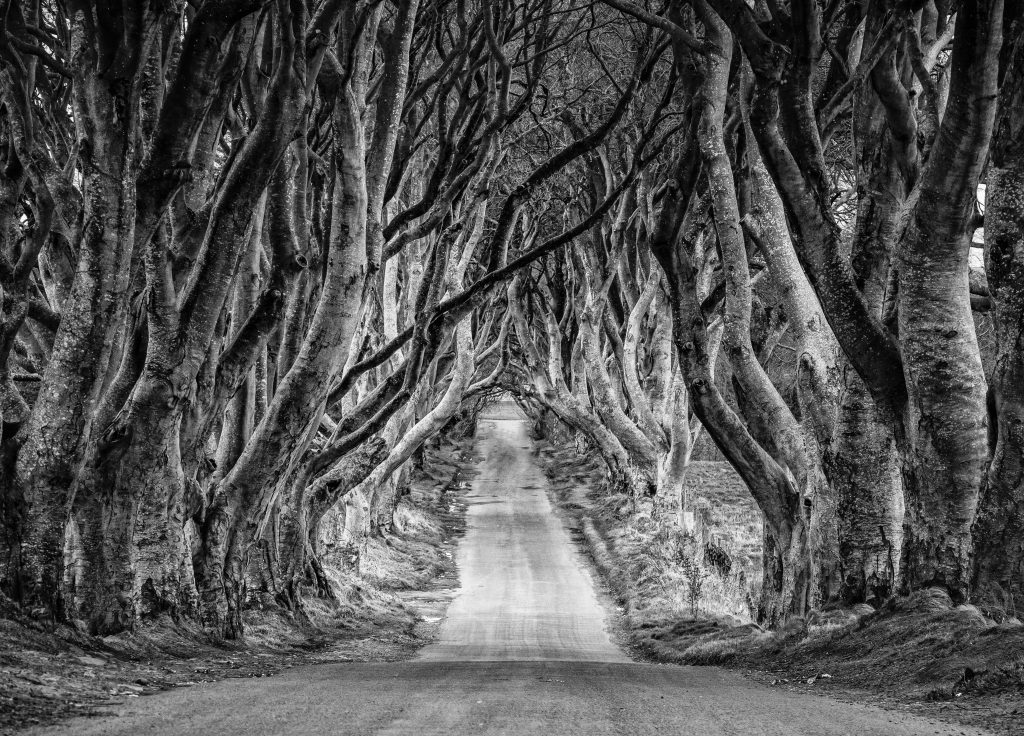 One of the most enduring challenges of the Northern Ireland Peace Process is dealing with the legacy of the past; most notably those murders, many dating back to the 1970s, in respect of which there have been no prosecutions or inquests. The effect is that the families of the deceased have been left in the dark about how, why and by whom their loved ones were killed. This basic human need can be met by holding the inquests. In 2016, the Lord Chief Justice for Northern Ireland adopted a five-year plan aimed at completing 54 of the outstanding inquests encompassing 95 deaths (Legacy Inquests). These include some of the most high-profile and contentious killings at the hands of the security forces and paramilitaries.

In June 2019 the Presiding Coroner on the Legacy Inquests held a ‘state of readiness’ event with a view to commencing preliminary hearings on them in September 2019. Although the deaths all occurred in Northern Ireland, it is likely that the Garda Síochána is in possession of evidence relevant to some of the Inquests. For reasons outlined below, however, there is no legal basis for the Garda to give that evidence (or make it available) to the Inquests. In order to provide that legal basis, the Irish government rushed through the Criminal Justice (International Co-operation) Bill 2019 in the last few days before the Summer parliamentary recess. While the immediate objective was to facilitate the ensuing Inquests in Northern Ireland, the Bill goes significantly further than that. As the title suggests, it introduces important and much wider provisions on international cooperation in criminal justice related matters.

It is important to appreciate at the outset that an inquest is not a criminal trial. It is essentially a fact-finding exercise aimed at establishing: who the deceased person was; how, when and where he or she died; and the details needed for the death to be registered. Accordingly, the inquest is inquisitorial in nature; in the sense that it is a search for the truth of the circumstances in which the deceased was killed, rather than an adversarial contest between two parties seeking to win their case. The Coroner (or judge) holding the inquest does not make findings of criminal or civil liability. The value for the family of the deceased is that it provides them with an opportunity to learn how their loved one was killed and who was responsible.

Under the current EU and domestic law, the Garda can cooperate with criminal investigations and prosecutions by police services in Northern Ireland, Britain and other EU States. This extends to seeking and responding to requests for evidence and witness testimony. However, this only applies in respect of criminal investigations. It does not extend to the Garda providing or sharing information with civil bodies (such as a Coroner) outside the State. A primary objective of the new legislation is to plug that gap in respect of Legacy Inquests into the conflict-related deaths in Northern Ireland. For this immediate purpose, a conflict-related death is a death that may have occurred as a result of an act of violence or force connected with the conflict in Northern Ireland, and which occurred between 1 January 1966 and 10 April 1998, the date on which the ‘Good Friday Agreement’ was reached.

Procedure under the Act

It seems that the Commissioner can accede to such a request on his own initiative. However, he must refuse a request where, after consultation with the Minister for Justice, he is of the opinion that it is likely to prejudice the sovereignty, security or other essential interests of the State, or is likely to prejudice a criminal investigation or criminal proceedings in the State or is otherwise inconsistent with the statutory functions of the Garda.

The Commissioner’s decision on a request must be in writing, and must specify the questions (if any) for which the Commissioner is accepting and those for which he is refusing the request. Where one or more questions are accepted, the evidence shall be taken by a nominated High Court judge directly from a member of the Garda not below the rank of Chief Superintendent designated for that purpose by the Garda Commissioner. The member in question shall not be compelled to give evidence that he could not be compelled to give in criminal proceedings in Ireland. He or she shall also be entitled to the immunities and privileges of a witness before the High Court.

The provisions above apply automatically to Legacy Inquests in Northern Ireland. However, they can also be applied in respect of any other inquest in the UK. This can happen in respect of an inquest (other than a conflict-related inquest held in Northern Ireland) which has been designated for that purpose by the Minister for Justice. The Minister can only designate such an inquest where he is satisfied that there has been cooperation between the Garda and a police force or law enforcement agency in the UK in respect of the investigation into the death concerned.

It remains to be seen how effective these provisions will be in enabling an inquest in Northern Ireland (or Britain) to access and make use of relevant Garda evidence. At first sight, the procedure appears cumbersome, bureaucratic, rigid and formalistic. In essence, it is an exercise in predetermined questions being put to a Garda witness, with no provision for follow up questions. Critically, the family of the deceased will not be able to put questions directly (or through their legal representative) to the Garda witness. Even the Coroner’s capacity to secure the information he or she needs to establish the key facts is curbed by the Garda Commissioner’s power to determine what questions are (and are not) acceptable. Moreover, transparency is not considered important. The proceedings are treated as a private matter between the Coroner, the Garda, their legal representatives and the High Court judge. Incredibly, the family of the deceased are excluded.

Surprisingly, perhaps, the 2019 Act also significantly extends the power of the Garda Commissioner to enter into agreements for the exchange of information with persons or bodies outside this State. This has a much broader ambit than supporting the conduct of inquests. Prior to the 2019 Act, the Garda Commissioner could, with the consent of the Government, enter into information exchange agreements with police or law enforcement agencies abroad (not confined to such bodies in the UK). The essential purpose of such agreements is to provide for cooperation and the exchange of information in policing and criminal law enforcement matters. The 2019 Act takes this on to another level by enabling the Commissioner to enter into agreements with certain bodies, most of which are not engaged directly in policing and criminal law enforcement.

The immediate purpose of this provision, seemingly, is to enable the Garda Síochána contribute to the work of the ‘Historical Investigations Unit’ which has a reporting function, separate from its criminal investigation function, in respect of unsolved murders from the historical conflict in Northern Ireland. The reality is that the power has a much broader reach. It envisages agreements with bodies outside the State discharging similar functions to: the Ombudsman Commission (an independent police complaints commission), the Garda Inspectorate (similar to the former HM Inspectorate of Constabulary), the Policing Authority (similar to current Police Commissioners or former Police Authorities in England and Wales), a Coroner, an independent Commission of Investigation, a Tribunal of Inquiry and the Criminal Assets Bureau (similar in relevant respects to the National Crime Agency). The Commissioner may enter into an agreement with any such body for the purpose of facilitating the performance by each party of their respective functions. Subject to the Data protection regulations, this can include providing information to, and receiving information from, the body in question.

The Act confers a very similar, but novel, power on the Ombudsman Commission (the independent police complaints commission) to enter into an agreement with a person or body outside the State where that person or body is a police service, a law enforcement agency or a body or person discharging similar functions to the Ombudsman Commission. This is the first time that the Ombudsman Commission has been given power to enter into information-sharing and other cooperative agreements with bodies outside the State. Obviously, this can be used to enhance the investigation of complaints against the police. It should, be noted, however, that an agreement can be with police services and, as with the Commissioner’s power above, it is difficult to predict its full ramifications.

Arguably, the substance and enactment of the 2019 Act reflects some of the most objectionable aspects of law-making in Ireland in recent times. The most striking of these is haste. The ‘Stormont House Agreement’ (partly aimed at breaking the logjam on dealing with legacy issues in Northern Ireland) was presented as the primary instigator of the Act. Although that Agreement was signed almost 5 years ago, the Act was introduced and rushed through all legislative stages in both Houses of the Irish Parliament in less than two days. Only five days were allowed from the publication of the Bill for the submission of proposed amendments. By any standards this is an insult to the principles of democratic law-making. It also invites a very high risk of unintended consequences flowing from hastily drafted provisions. Yet, nowhere in the legislative debates did the sponsoring Minister for Justice offer a cogent explanation for rushing the Bill through in a manner normally reserved for emergency legislation.

The second objectionable aspect is that the Act is something of an omnibus collection of disparate international cooperation measures, even though it was presented as being necessary to fulfil the State’s obligations in dealing with legacy issues arising from the conflict in Northern Ireland. It is patently clear, however, that Act goes far beyond that. Its provisions extend to British inquests that have nothing to do with the conflict in Northern Ireland. It confers powers on the Garda Commissioner and the Ombudsman Commission to enter into information-sharing agreements with a range of bodies anywhere in the world. The Minister has even used the measure as a convenient instrument to effect disparate amendments to other unrelated Acts dealing with matters such as the European arrest warrant and the deployment of members of the Garda Síochána abroad (as, for example, with Europol or in Joint Investigation Teams). In the interests of transparency, such amendments should really be introduced as amending Acts bearing the title of their parent Act or Acts.

In enacting this legislation, the Irish government has displayed a willingness to address legacy issues associated with the Northern conflict. The British government, however, has persisted in its refusal to reciprocate by facilitating access to information on many murders in the Republic of Ireland, most notably those resulting from the Dublin-Monaghan bombings, in respect of which it is believed that the British security and intelligence establishments have vital information on who was responsible. There is no indication that the Irish government’s initiative will prompt any change of heart on the part of the British in this matter.