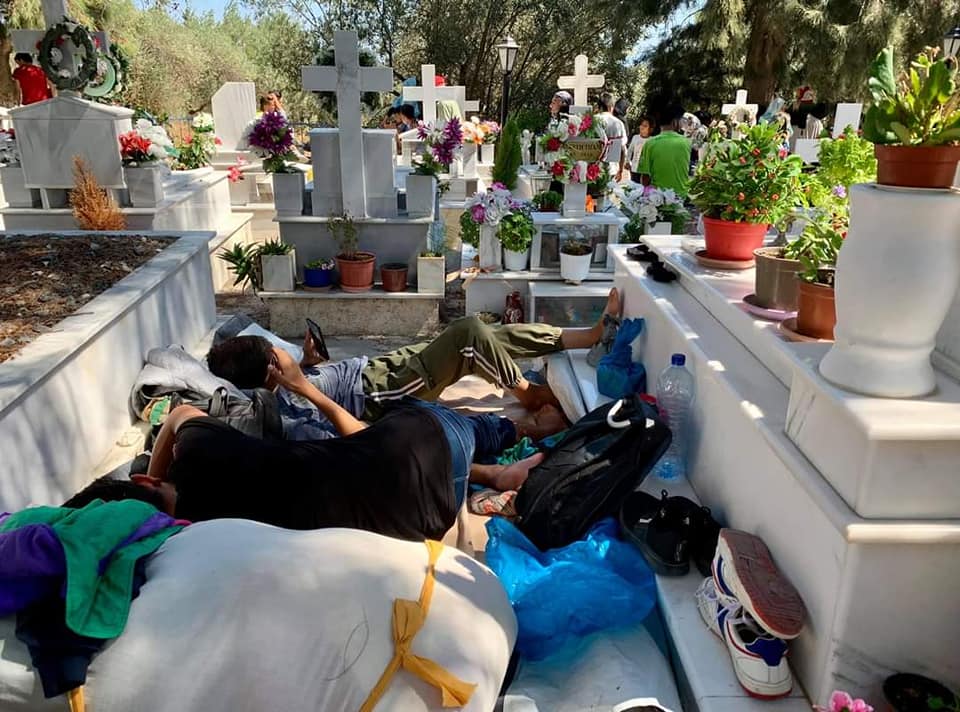 Last Wednesday, the first images began to circulate online from the fires in Moria, the large and infamous refugee camp on the Greek island of Lesvos. Children and young adults displaced by war, once again displaced by flames, fleeing in medical facemasks.

When Wednesday morning broke, we learned the camp was indeed burned to the ground, with around 13,000 refugees remaining shelterless in the surrounding area (see ‘Lesbos refugee camp fire forces thousands to evacuate‘ published in The Guardian at 10.32am on Wednesday 9 September 2020):

My comments below are taken from the article on Verfassungsblog, entitled ‘Preserve the Ashes of Moria‘:

‘Since political managers do not talk about causes and thus of effects, nor anymore acknowledge any old-fashioned responsibility, we no longer talk of war, violence, abuses, extortions, financial and political strategies of some nations and multi-national institutions leading to ‘push outs’ and ‘push backs’ of the denizens of the world… we can perhaps cynically only talk about death: the ground-zero of our depoliticization these days. Death whether of the dead or of the living dead (as is the case one hopes only temporarily with refugees in Greece and everywhere else) is not a cause or an effect in this ‘logical’ system of fate decommission. Death is just death. So here in the burning of the “reception” centre of ‘living death’ at Moria, produced by the precise causes mentioned above and the complicity of all states and institutions involved, the ‘death march’ that led these refugees in their thousands to the streets, many of them children, ill, disabled, covid-positive, pregnant and so forth, led them also to a Greek orthodox cemetery where they found shelter. What happens when the political circus and the ethical cemetery are the only signposts of the, as we westerners like to say, ‘post-political’ social? The refugees here in their desperation point us, whether intentionally or not, to our common reality, the point of our tragic convergence. And this tragedy does not end well when the call of death is not heard by those in the back rows.’