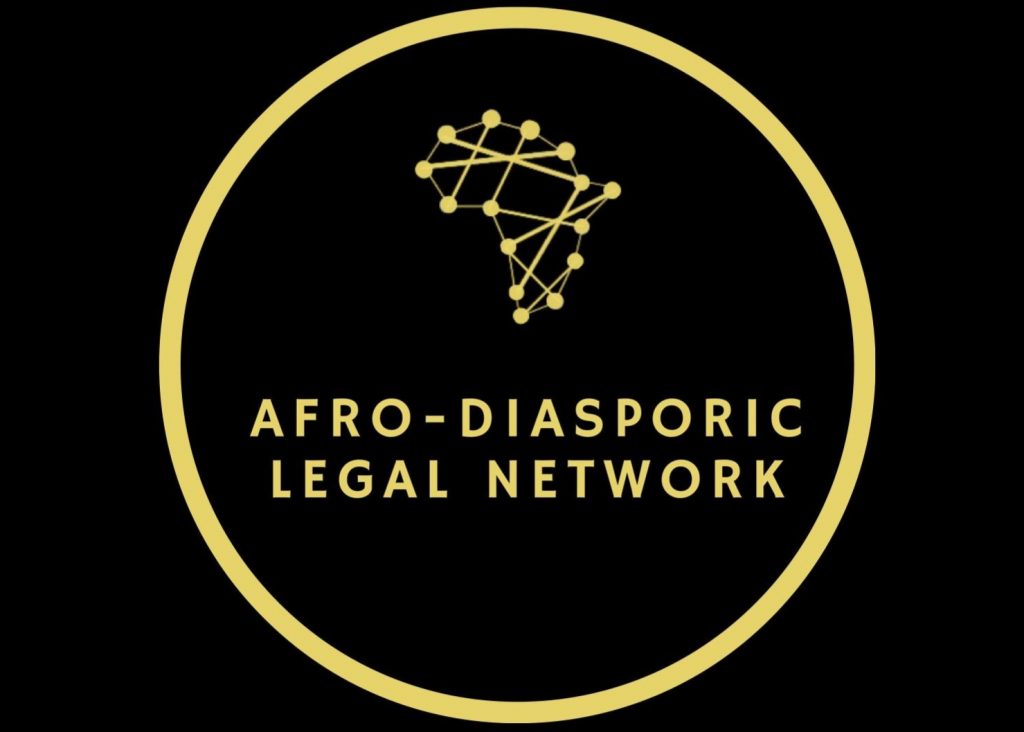 The recent events stemming from the brutal murder of George Floyd in the United States unleashed international support for the Black Lives Matter movement as well as a broadened awakening and awareness in the minds of many to the injustices, discrimination and racism faced by Black persons in the United States and across the globe. The Afro-Diasporic Legal Network expresses its full support of the Black Lives Matter movement and stands in solidarity with public collective action aimed at dismantling institutions that facilitate the racism and anti-blackness that has resulted and continues to result in the loss of Black lives through police brutality, systematic prejudices and the suppression of Black people globally.

On the 4th of June 2020, the University of Kent issued a statement of solidarity from the Vice-Chancellor and President Professor, Karen Cox and Kent Union President, Sasha Langeveldt. This statement read,

“We hear the voices of our Black students and staff who have shared their experiences and we are committed to taking real actions to address racism at the University and the wider society.It is our collective responsibility to stand up for justice, freedom and human dignity.”

Moreover, the statement identified that many staff and students of the university seek to address the issues of institutional racism through initiatives funded by the university such as the ‘Student Success Project’. It illuminated that the Kent Union continues to lobby for diversity, and most notably, that they encourage all students to actively report incidents of racism, harassment and discrimination through the ‘InformKent’ reporting tool. However, actions speak louder than words.

The response from the University of Kent to the student-led on campus peaceful action of postering and kneeling in memory of George Floyd and all those who have passed in the UK on the 10th of June, 2020, can be condemned as a disappointing example of the continual policing of the voices and actions of Black students by the same institutions that these Black students attend and contribute towards. Contrary to the University’s statement of June 4th, it can clearly be seen that within the confines of our very own campus, institutionalized and systematic racism prevails.

To further expand, a group of students posted Black Lives Matter flyers on campus that aimed to prioritise black student safety in the wake of lives lost to police brutality., These posters were immediately removed by campus security. Campus security went as far as to follow Black students around the university while this demonstration was taking place and on multiple occasions afterwards. This proves that the university is not in fact taking the necessary action to address the racism that pervades its own campus.

How exactly do actions such as these show Black students at the University of Kent that you stand with us? How does this promote inclusivity and condemn racism?

One would assume that in the current climate with protests happening in so many countries all across the globe, posters related to Black Lives Matter should be able to stay up around the campus to truly show solidarity. The removal of these flyers highlights the University’s lack of empathy towards the Black Lives Matter movement and raises the question of how authentic the University’s solidarity statement really was.

The University of Kent portrays itself as an institution characterized by equality through instruments such as its Respect at Kent Policy, Ethics Code, and annual Equality, Diversity and Inclusion Reports. These tools work together to ensure that on the surface, the University of Kent appears to be a cohesive learning environment that goes above and beyond to protect its students. However, the realities of this institution do not mirror the principles it claims to operate under. This disconnect is highlighted in the aforementioned incidences of over policing black students and silencing their voices. These acts not only contradict the University’s policies but also infringe on students’ freedom of expression, freedom of assembly and association, and the prohibition of discrimination as outlined in the European Convention on Human Rights and the Human Rights Act of 1998. Furthermore, it negates the Education Act of 1980, which the University notes its conformity to in their Code of Practice concerning Freedom of Speech, as the Act outlines that the university should take reasonable steps to ensure that freedom of speech is secured for its members, students and employees.

This disconnect is also visible through the University’s Solidarity Statement. The release of this statement presented a timely opportunity for the university to show their commitment to the BME community and their readiness to make pivotal steps towards improving. Instead, the solidarity statement essentially praised the university for the steps they have already made; steps which we can see from incidences of recent times, are not sufficient to effectively address the issue of racism. Furthermore, given that there are at least ten BME cultural societies under the Kent Union that could have been consulted in the formulation of the statement alludes to a disregard for the opinions of Black students in a situation that directly affects them and also highlights that BME societies are often neglected.

Olamide Alao in the University of Kent Inquire article “What is it like to be a black student at Kent?” said:

“I feel as though we are taking steps forward to encourage equality and inclusion. My only fear is that people stop caring for the cause. We need to do better. For not only more black students, but equally more lecturers, coordinators and leaders.”

As acknowledged by Olamide, we cannot ignore the strides that the University has made to promote equality through its previously mentioned policies, the BAME Network, InformKent and #DecoloniseUKC. On the other hand, doing more than others does not mean that the University is doing enough. A comparison of the Equality, Diversity and Inclusion Reports of 2016/2017 and 2018/2019 shows that the University has seen a 4.1% increase in BME students as they now make up 28.6% of the student population. However, the university cannot rely on these increasing numbers as evidence of improvement of equality on campus. Rather this 4.1% signifies that, more than ever, the University should be striving to ensure that they are creating an inclusive environment for its black students.

We hope that the University of Kent can see this blog and not only understand but appreciate where we as Black students are coming from and what actions we are asking them to take. Until the University of Kent truly stands up for justice, freedom and human dignity; until they truly listen to the experiences of Black students and take the appropriate action to address racism at the University for both the short and long term; until Black students are not discriminated against by campus security or anyone else on campus based merely on the colour of their skin; there will be no peace. We will continue to advocate for this cause by peacefully protesting and writing letters to the University of Kent in order to make it known that we won’t be silenced by an insincere solidarity statement that carries no real meaning. We will continue to advocate for the Black Lives Matter movement and support every Black person on campus.

The University must recognize that action against racism and discrimination on the premises of their campus must be informed by an intersectional and diverse politic. The voices of queer, black, femme, non-binary individuals and those with differing mental and mobility needs must be included in this process to truly decolonize the institution of the University of Kent. Finally, we advocate and endorse the demands made by BME societies on campus and we request that the University not only accommodates that these demands are heard but puts in place the necessary measures for their facilitation. We need more than a ‘statement of solidarity’, we need tangible action for the support and protection of Black students. Actions speak louder than words; facta non verba.