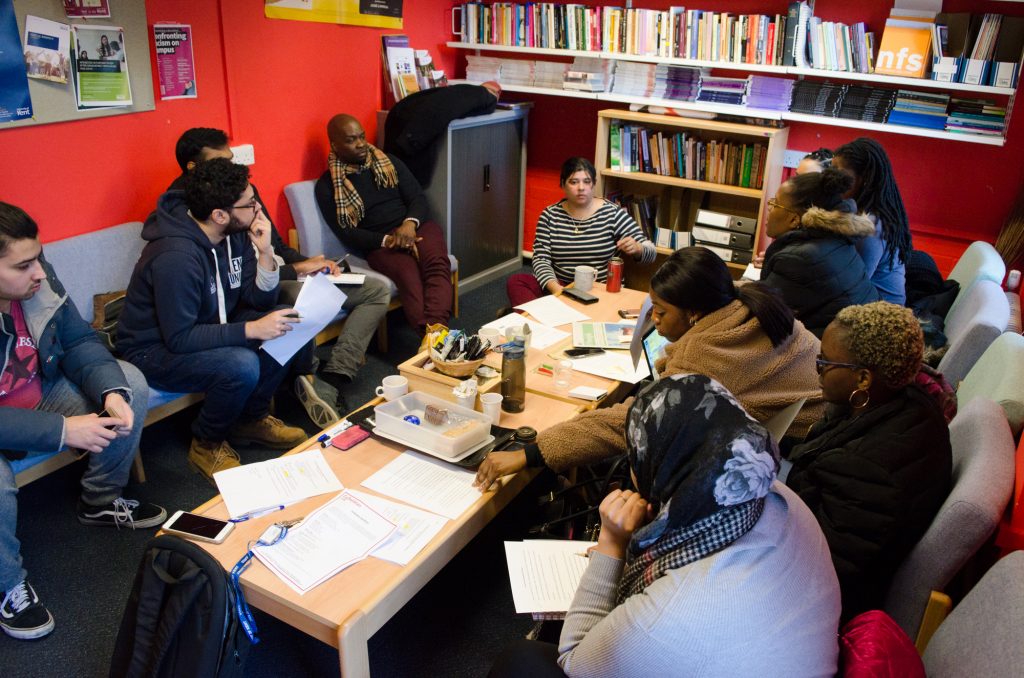 The recently published report #CLOSINGTHEGAP on Black Asian and Minority Ethnic (BAME) Student Attainment at UK Universities by Universities UK (UUK) in collaboration with the National Union of Students (NUS) [1] may be perceived as a sophisticated synthesis of research (colonised research), with interventions relating to the “so-called” BME Attainment-Gap, tactically interspersed with a selection of student narratives.

Fundamental to the UUK-NUS project, was a Vice Chancellor’s working group, comprised of 13 Vice Chancellors and chaired by Baroness Valerie Amos. Appreciating the importance of leadership in tackling the “so-called” BME attainment gap, here lies the first problem particularly given that providing strong leadership is stated as the first point in #CLOSINGTHEGAP. As we discuss below, wider buy-in from university leadership is critical to interest convergence2 in addressing what are endemic and systematic issues of intersecting inequalities3.

Based on a survey by UUK and NUS respectively, the report sought evidence from universities and student representatives on their experiences of the barriers faced by BAME students within the higher education (HE) sector. The report also sought recommendations to close the “so-called” attainment gap. UUK received 44 completed surveys and the NUS received 69 responses. There were also 100 respondents to two online calls for evidence; roundtable evidence sessions with over 160 participants, institutional case studies including from the University of Kent, and input from the Vice Chancellor’s working group. Given that there has been a sometimes acrimonious relationship between students and Student Unions – including some universities becoming estranged from the NUS – it is difficult to accept that the perceptions presented by the student union will be truly representative of the student voice. Equally, the uncensored voices of scholar-activists – including the numerous student-led campaigns – are absent from the report. For example, at Keele University4; at SOAS university5; at Goldsmiths university6; UCL.7

If the findings from the report are to be more representative of ‘the student voice’, rather than just a tactical inclusion, and if the report is serious about its five recommendations (particularly ‘understanding what works’), meaningful consideration will need to be given to the range of voices and experiences. This includes thinking about those who do not engage with formal communication channels as well as developing an understanding of what the ‘hostile environment’ and other barriers are for those students.8 After all, ‘having conversations around race and changing culture’ (point two of the recommendations) cannot work with these most marginalised of students.

The silencing of BAME academics and Professional Services staff’s voices is a a notable omission which in itself is part of a third, more insidious problem. According to Carter and Hurtado (2007),“research continues to trade on an image of objectivity, detached and ‘free of politics’ in the pursuit of truth… however, is not free of politics, and education research does not happen in a vacuum; from its design and funding, to its administration and presentation”. In analysing the report with the aid of Critical Race Theory (CRT) as a critical lens, and given the wealth of research explicitly outlining that ‘race’ (as a structure) is statistically significant in determining optimum outcomes for staff and students even when controlling for all other traditional factors, it is very surprising that this fact is not central to the report. While acknowledging “Racial Inequality in The UK”, the report cites key legislation, reviews and research, such as: The Race Relations Act (1965); The McPherson Report (1999); The Equality Act (2010); The Race Disparity Audit (2016); The Voluntary Race at Work Charter (2017); reviews by David Lammy (2017) and Baroness McGregor-Smith (2017). The report also highlights racial inequality in Higher Education. In light of these references to racial inequality on a local and national scale, it is surprising that higher education seems to be placed in a vacuum and is not identified as an institutionally racist organisation explicitly, along with The Metropolitan Police, the NHS and The Ministry of Defence.

The presence of the Vice Chancellor’s Working Group and the NUS are fundamental to the UUK-NUS project. “Providing strong leadership” was cited as the first of five steps to successfully accelerate the progress of reducing the “so-called” attainment gap. Given the fact that people from BAME backgrounds are underrepresented in leadership positions in the UK HE academe (as reflected in the Vice Chancellor’s Working Group), among the professoriate (0.6%) and in substantive academic roles, as well as in professional services roles, it proves challenging to comprehend how in the absence of a convergence in interest, leadership in UK HE will act in the best interest of BAME staff and students. It will prove beneficial to suggest and institute practical strategies to accelerate persons from BAME backgrounds in decision-making positions.  As Patricia Hills Collins puts it, if we are serious about addressing the “so-called” BME attainment gap, we will need to learn from the ‘outsider within’.9 It is plausible to suggest that unless leaders themselves are held to task and principles enshrined in legislation and policy directives, there will cease to be an interest convergence.

One simple way this can be achieved is to support (financially and otherwise) ethically responsible research that is conducted in collaboration with marginalised communities, rather than on them – the DecoloniseUKC Manifesto10 is one such small starter example in relation to students. However, more needs to be actioned specifically in relation to BAME staff who remain significantly under-represented particularly in decision-making positions despite there being many exceptionally intelligent and highly skilled researchers and scholars amongst this minoritised group. This remains a significant barrier and part of systemic inequality to academic attainment that requires urgent and sustained attention. It is admirable that the report highlighted five significant steps that universities need to utilise to successfully accelerate progress in reducing the attainment gap. However, in the absence of the explicit input from leading and other BAME scholars and activists doing ‘race work’ on a daily basis and not always by choice, it lends itself to question the authenticity of this framework. While the report strategically articulated the voices of BAME students, we need to acknowledge its limitations and the fact that these limitations are part of an enduring systemic problem.

The report, in suggesting five steps to address the “so-called” attainment gap, made very notable omissions in not explicitly highlighting institutional racism as a key issue and recommending strategies to address it. These issues are not rocket science and have been around and discussed for a long time now. So really, what is the excuse for the absence of policy directives to drive institutional efforts to address attainment disparities including the implementation of proactive strategies to address the under-representation of BAME people including within leadership positions? Why are university leadership not acknowledging the importance to have more BAME staff directing the provision of financial resources to fund research on race and attainment and oversee clear procedures and policies to facilitate reporting, documentation and address racial discrimination?

While focusing on curricular concerns and micro issues, the report seems to be oblivious to the societal and structural factors that perpetuate racial inequality. Institutional racism is a problem. The under-utilisation of the skills and expertise of BAME scholars to research and design interventions and frameworks to accelerate the process of redressing the “so-called” BME attainment remains part of that problem.