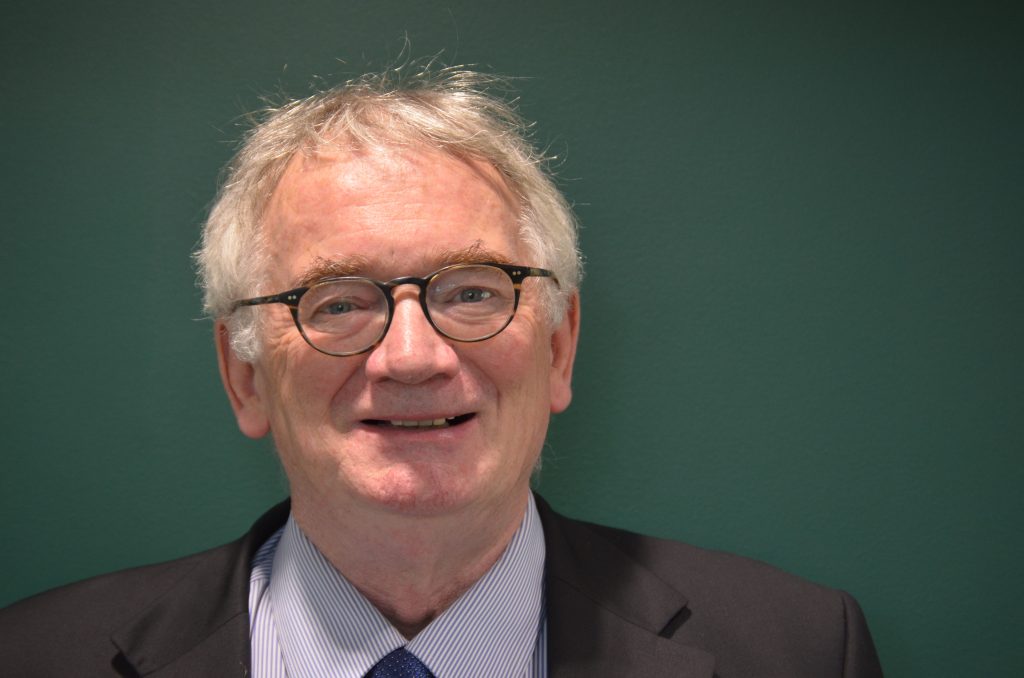 Council is the governing body of the University of Kent. It has 25 members. Professor John Fitzpatrick is one of two members of Council elected by the academic staff in the University. He submitted the paper below (with minor edits) to the meeting of Council on 23 March 2018.

The fallout from the decision of the UUK/USS in January 2018 to reform the USS pension scheme shows no sign of abating. Council members have received reports and updates on the ensuing dispute. The contours of the debacle, if not the details, are clear enough.

The reform entails the end of guaranteed pensions for academic and professional services staff, a defined contribution not a defined benefit scheme, and a significant risk of cuts by as much as 40% to individual pensions.  A new proposal (not an agreement) was rejected by UCU on 13 March following a member consultation. It was considered in some respects to be more unpalatable than the original. A settlement is not imminent.

It is also now clear that the dispute is not just about pensions. A discussion has erupted about the meaning of education and the idea of a university, about norms of democracy and accountability in the governance and management of universities, about values and standards beyond the dictates of the bottom line. It is most unlikely that the reverberations from these debates are going to fade away any time soon, and this is a very healthy development.

The insouciant obduracy of UUK in pushing ahead with its original proposal over dozens of meetings and many months played a significant role in bringing into focus a wide range of discontents. It was startling that the leaders of higher education felt comfortable in simply declaring, ‘We’ve run a valuation on a highly risk-averse model; the stock market computer says “no”; staff may lose up to £10,000 a year of their pay in retirement; that’ll do nicely.’ What a dereliction of duty – the duty to defend higher education, its staff and students. What little concern is expressed here for the welfare of university staff, what little pride in the work that they do, what little appreciation of the importance of their role in society, what little understanding of the nexus that is education as a public good, an independent academy and economic security, what little imagination about the parameters of the possible, and what little respect for the agency of staff and students.

CLR James, the great Trinidadian writer and activist, once observed in relation to social upheaval, ‘You never know when it is going to explode.’ And in January and February 2018, we were all taken by surprise. At Kent, and across the country, there was an explosion of anger and hurt. Even amongst colleagues who are not union members and would never go on strike, there is a very strong sense of the unfairness of the proposed reform, and dismay at the perceived incompetence of UUK/USS.

In the UCU ballot, the turnout across 66 institutions was 58.3% (Kent 57.2%), with 88.1% (Kent 87.6%) voting for strike action, and with 93% (Kent 93.7%) voting for action short of a strike (ASOS). Literally thousands of academic and professional service staff across the country have joined the union in the past month. In January 2018 at Kent, 676 UCU members were eligible to vote in the strike ballot. There are now 1,050 members, and counting.

The surge of solidarity and creativity amongst staff has been remarkable. At Kent, and across the country, colleagues have taken the initiative and have taken individual and social responsibility – in myriad ways. Vibrant rallies and demonstrations have been organised. Lectures and teach-ins on the dispute have been given to staff and students. Working groups and committees have sprung up.  Hundreds of staff crowd into UCU branch meetings. Significantly, participation has been evenly strong from hourly paid lecturers to the professoriat. It has been inspiring and humbling to behold.

Scholarly bodies, such as the Society of Legal Scholars and the Socio-Legal Studies Association have indicated their serious concern at the detrimental effects of the pension reform upon academics. University English, the main professional body for its subject, joined with 28 other learned societies and associations across the arts and humanities as co-signatories of an open letter to UUK raising concerns about the equality and diversity implications of the reform, and highlighting the risk to the recruitment of top academics to the UK’s world-leading programmes in arts and humanities.

It should be remembered that every individual on strike, but especially lower paid staff, hourly paid lecturers and graduate teaching assistants, has already sacrificed a grievous cut in their personal and family income, as well as being torn away from their work and their students. The impact of losing 14 days’ pay, and the impact of a conflict of interests with students, may not always be fully appreciated by managers or Council members.

Nor is it only the reaction of staff that has been unprecedented. Academics have been taken aback by the extent of the solidarity and encouragement they have received from their students. Of course, many students are anxious, and it will be more difficult as the disruption continues, but for the first time since the introduction of tuition fees there has been an outpouring of sympathy and active support from students for academics taking strike action. It is a sea change. The headline in the current issue of the student newspaper Inquire says it all: ‘Students and Staff March in Solidarity’.

Unprecedented too has been the extent of differences among the members of UUK. Vice Chancellors, such as the head at Edinburgh University, have openly challenged the policy of the employers’ group. On 7 March The Guardian reported that ‘Cambridge, Manchester, St Andrews and Warwick universities have distanced themselves from the UUK’s stance, and Imperial College’s leadership has made a direct appeal to the pensions regulator asking for the issue to be resolved by an independent panel of experts.’ Oxford University followed on with a sharp about-turn.

At Kent there has been a long tradition of the maintenance of good relations and collegiality during disputes of this nature, and after a shaky start that tradition has been fully honoured. On 9 March a very welcome joint statement was issued by the Vice Chancellor, the President of Kent UCU and the President of Kent Union. It called for ‘a reconsideration of the approach taken to date and a further independent valuation of the Scheme’s assets’ and identified the ‘need to consider more widely the future governance and rules of the USS scheme in order that we do not arrive at this position again’.

Good relations will come under further pressure as the dispute continues. It was unfortunate that on 16 March, hourly paid lecturers across the university were put on notice of redundancy. Many HPLs had just been on strike (and the UCU felt had suffered unfair pay deductions). Care must be taken on both sides. This is a national dispute.

UCU colleagues from Leicester University wrote this week in terms that will readily be owned at Kent. ‘Beyond the core dispute over pensions, our assessment is that the ongoing UCU and student union campaigns are the most important movement for progressive change in higher education in a generation. The strike period has shown a widespread rejection of a market-based approach to higher education by both academic staff and students. This extends to opposition to the current student fees regime, to the intensification and the casualisation of academic work, and to the growing divide between academic staff and university leaders. It is not an exaggeration that the current industrial action could lead to a transformation of higher education, to the benefit of both students and staff.’

The pension dispute is a mess, but the overriding objective in this respect must be to do justice to the employees in the scheme. A settlement will not be easy, but the idea is taking hold that higher education is another institution that is too big to fail. As to the bigger picture, the outlook is more positive. The discussion has begun in earnest. The first step is the hardest, and it has been taken.