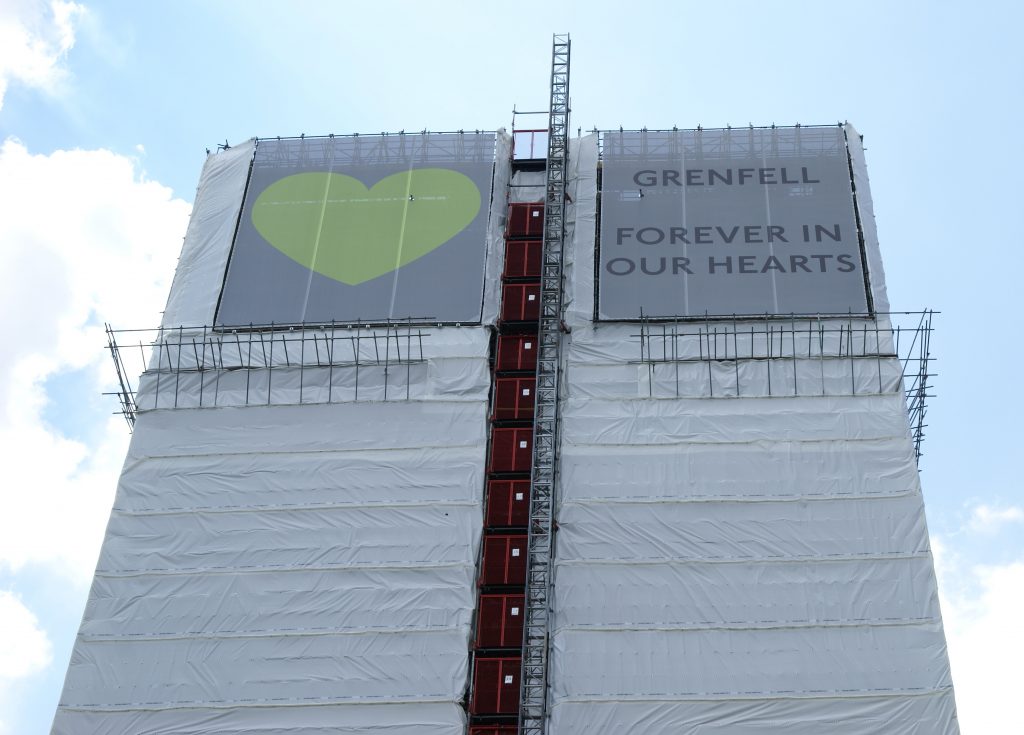 On 16 March, the Guardian reported on security and terrorism concerns about the hundreds of tower blocks across the UK which still have dangerous Grenfell Tower-style cladding on them.  At least 288 blocks have been identified as at risk, and work on the vast majority of these has not yet started, in some cases because of disputes over who should pay.

In this context, the decision on 13 March of the First Tier Tribunal (Property Chamber) in the Citiscape case is critical. The central issue in the case was the question of who should be responsible for paying for the removal and replacement of cladding found to be unsafe after Grenfell – was this the responsibility of the leaseholders who owned the individual flats, or the owner of the building, Proxima GR Properties? A report from the hearing gives an insight into the complexities of the circumstances, while analysis of the decision highlights the technical nature of the arguments at play. Central to this is the interpretation of the lease on the question of whether the issues with the cladding constituted an inherent fault with the building or whether replacement was similar to external redecoration. If it was an inherent defect, Proxima GR would have to pay, while if the removal and replacement was part of the ongoing maintenance of the building, then the owners of the individual flats were responsible. The tribunal found that the cladding constituted maintenance, finding that the costs fell on the leaseholders, who now have to find the money to pay the estimated £2.4m bill.

It is hard not to feel sympathy for the leaseholders who could not have known that the exterior of the building they bought a flat in would subsequently be found to be unsafe, and that they would have to pay to make it good. The ground has shifted underneath them in a way which it would have been virtually impossible for them to predict, particularly as Building Regulations did not make clear whether the cladding on the outside of the buildings they lived in was banned or not (and once again, credit to the excellent AL’s law for this analysis). Whether they can make a claim to cover their costs or not, each is now stuck with an initial bill of £31,300 to ensure their flats are safe again.

How many others are in a similar position? In January, the Ministry of Housing, Communities and Local Government announced they had identified 312 buildings with cladding similar to Grenfell across the UK, with 299 which are ‘unlikely to meet current Building Regulations guidance and therefore present fire hazards on buildings over 18m but importantly, the Ministry noted that ‘These figures are not expected to remain static. As more owners of private residential buildings send in samples for testing to BRE we expect the number with confirmed ACM cladding to increase.’ Of those which have been tested, over half are social housing blocks, which are likely to have a combination of social tenants and leaseholders (who will have purchased their flat under the Right to Buy scheme). The majority of the rest (95 blocks) are private blocks like Citiscape in which the properties are all leasehold. The likelihood is that there are therefore a significant number of leasehold households across the UK who are affected and may have to foot the costs of dealing with the failures in regulation which caused so many deaths at Grenfell Tower, although whether each individual household will need to pay will depend on the terms of their lease.

This is because there is no standardisation in the terms of leases for leasehold properties, meaning that decisions focus on the interpretation of terms in an individual lease, and cases turn on the particular facts of the case. In Citiscape for example, the fact that the leases were 999 years long meant that the tribunal considered that the freeholder had ‘effectively relinquished any capital interest in the flats’. In addition, decisions of the First Tier Tribunal do not set precedent, but as AL’s law (who attended the hearings) notes the Citiscape decision ‘has enunciated a principle that other courts are likely to follow.’

And cladding is just the start of it. Other major and minor works to ensure fire safety in these blocks, or other blocks, might be required. An example is Lakanal House, where it was not only the exterior of the building which contributed to the deaths of six people. Internal modifications to the building which occurred when it was refurbished meant that the essential fire safety feature of compartmentation was breached (meaning fire could spread swiftly from flats to common areas or other flats). Putting right breaches in compartmentation could also cost leaseholders. Similarly, as the Shelter report Health and Safety at Home by Helen Carr, Dave Cowan, Edward Burtonshaw-Gunn and myself highlighted, the safety of doors in blocks of flats is critical (and the regulation of that safety is astonishingly poor), and worryingly, some respondents to our consultation highlighted concerns with their doors. This concern is only increased by recent findings that some fire doors in Grenfell Tower were not as fire resistant as they were required to be. Non-fire resistant doors can also constitute a breach of compartmentation, and as such, the issue clearly needs urgent investigation and rectification, but who should pay?

A critical perspective on this might well point to Government policies over the past 40 years to promote home ownership, from Right to Buy to shared ownership schemes to Help to Buy, and suggest that as individuals have taken on the risk of property ownership, they ought to bear the costs of it. Crudely put, if you accept the possible benefits of governmental support for private ownership, you ought to take the hit when it goes wrong.

Except that this isn’t how it goes when deregulating and liberalising policies go wrong – witness the bailout of the banks. And in this instance, it should not be how it goes. As I have argued elsewhere, this account ignores the reality of the often vulnerable and marginalised leaseholder. Despite the rhetoric of home ownership, such leaseholders may have little in the way of capital, in the equity in their property or elsewhere, and the reality is that ‘ownership’ in these circumstances cannot be reasonably compared to the much less conditional nature of freehold ownership. We don’t currently know how many of the leaseholders affected bought their flats with direct or indirect Government support (further research on this issue is urgently needed), but it is fair to assume that as tower blocks have long been a way of providing cheaper homes, many will have done so.

The alternative open to the tribunal, depending on a proper construction of the lease, is to pass costs onto freeholder, but it is important to note they may not have resources to deal. Whilst, as the Guardian notes, the Citiscape block is ‘owned by the family trust of the multimillionaire property mogul Vincent Tchenguiz’, many other blocks are owned by freeholders who may not have the resources to cover these costs, or whose resources are already committed in the pursuit of other social goods. This could include local government or housing associations, or might include a management company which is little more than a shell, with no resources, owned entirely by leaseholders in the building.

Interestingly, the situation faced by this group of leaseholders is similar to that faced by Right to Buy purchasers who had bought defective premises in the 1980s. In these instances, concerned to protect the policy, the Government provided particular legislative assistance (see the powers and duties in the Housing Act 1985 Part XVI and see Berry v Newport Borough Council (2001) 33 HLR 19). In these cases the seller, the local authority, knew or ought to have known of the defects – it was their survey which initiated the purchase and they did not pass their knowledge on to the potential purchaser. A key difference between these properties and the current situation is that those properties were deemed to have a defect by virtue of their design and construction, while the decision of the tribunal rejects the contention that the removal and replacement of cladding is a design and construction issue. However, the similarity between the cases is clear – it was the State’s regulation which failed, and meant the State was faced with a fundamental challenge to the policy of home ownership, which it resolved by shifting responsibility away from home owners. They should do the same in this case, not simply for cladding, but for all costs associated with making homes safe as a result of the failure of regulation exposed by the deaths at Grenfell Tower.

(For an extended discussion of some of the issues discussed here, including Right to Buy, the fire at Lakanal House and fire safety regulation in blocks of flats, see my chapter ‘Safe and Sound: Precariousness, Compartmentation and Death at Home’ in the upcoming book Law and the Precarious Home: Socio-Legal Perspectives on the Home in Insecure Times)