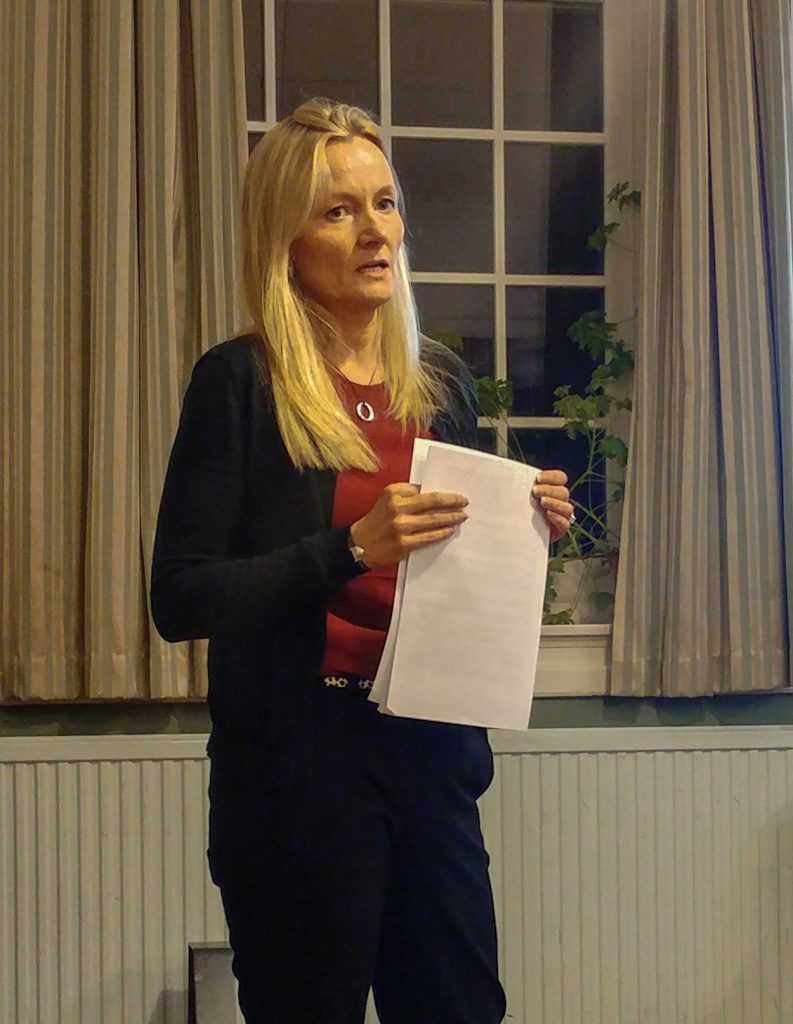 Postdoctoral Research Dr Jastine Barrett presented an excellent talk entitled ‘What a Difference a Day Makes: Child Perpetrators of Genocide’ for the Kent Centre for Critical International Law’s second ‘CeCIL in Canterbury’ lecture of the year.

The lecture, hosted on Monday 5 February in a space generously provided by the Friends Meeting House, was informed by Jastine’s doctoral project which involved extensive archival research and fieldwork in Rwanda. As such, few individuals are as uniquely qualified to present a case study detailing the ways in which existing legal structures confront the unimaginably difficult issue of children bearing criminal responsibility for genocide.

In setting a context for what happened in Rwanda, Jastine provided an overview of the current international legal standards for the criminal punishment of minors as detailed in the International Convention on the Rights of the Child. While this convention does not prohibit child prosecution, it does set standards including the obligation to look out for the ‘best interests of the child,’ the requirement that the child be treated different than adults, the setting of a minimum age of criminal responsibility, the mandate that detention be a measure of last resort, and the requirement that children not be detained with adults. While intended for universal application, to what extent could such standards address the exceptionally tragic circumstances that constituted the 1994 Rwandan genocide? Jastine illustrated the all-consuming nature of the genocide and its effect on every aspect of Rwandan society. There was no exception when it came to children for some as young as five participated in genocidal violence, often directed at other children.

Likewise, there was no exception for children when it came to Rwanda’s post-genocidal commitment to punishing all of those responsible in spite of the all-pervasive nature of the violence. While the Rwandan legal system did draw a distinction between adult and child perpetrators of genocide, whereby there would be no death penalty or life imprisonment and mitigating circumstances were considered, it did not offer an alternative to detention. This occurred amongst numerous evidentiary issues given that the destruction of documents often destroyed official record’s of children’s ages which directly impacted the extent to which they were liable. Furthermore, given the sheer number of defendants, most of the child suspects were tried before Rwanda’s Gacaca courts designed to mobilise traditional approaches to community justice to address this massive case load. While these courts afford no legal representations and were largely staffed by individuals without a legal background, they did expand the range of sanctions beyond detention to include community service.

In concluding, while Jastine noted that it is highly likely Rwanda’s polices towards minors was likely in breach of international standards, given the exceptional circumstances faced, there are very real questions as to what else Rwanda could have done? That said, while ‘ending impunity’ has served as a clarion call for improving the world, the case of child genocide perpetrators in Rwanda reveals the many frustrations, trade-offs, and difficult choices to be made when actually confronting the type of situation that gives the phrase ‘ending impunity’ so much of its animating impetus.