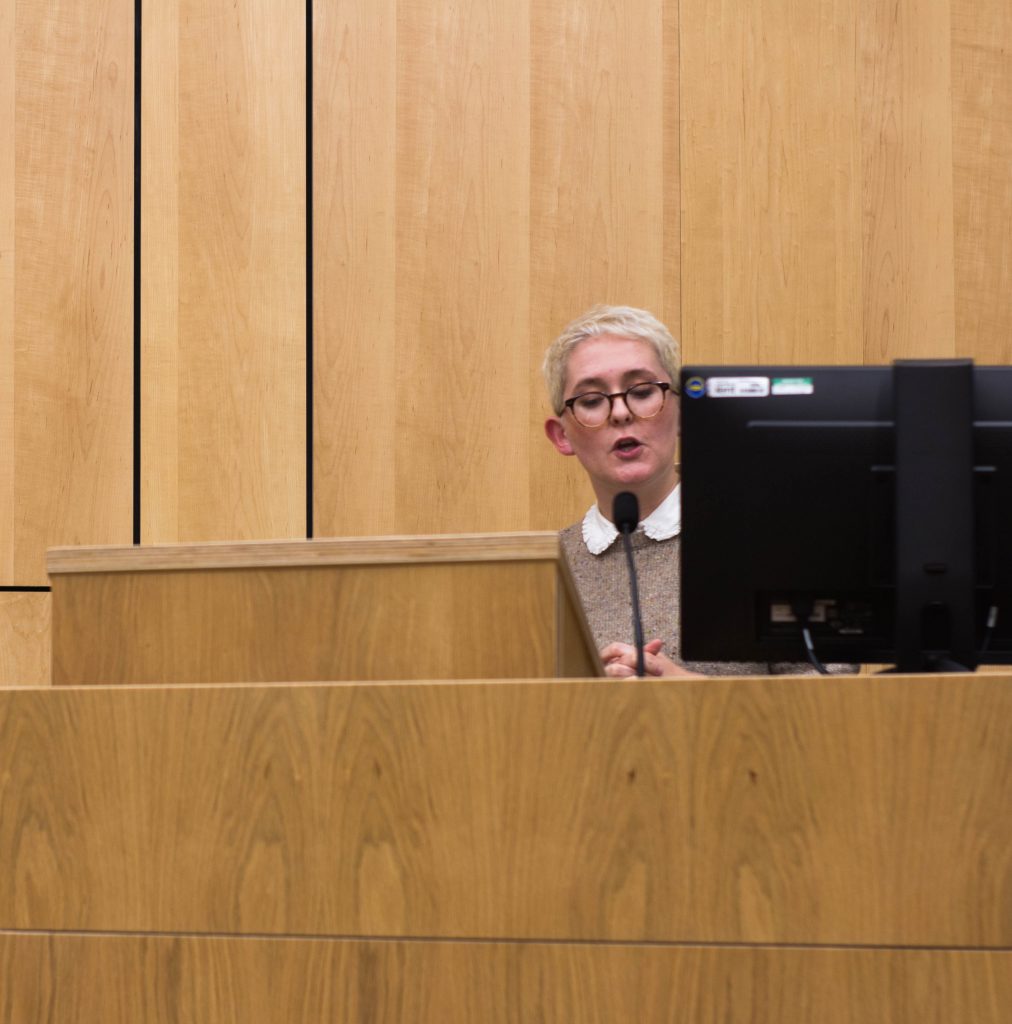 Dr Polly Pallister-Wilkins of the Political Science department at the University of Amsterdam delivered a talk on ‘Hotspots and the Geography of Humanitarianism’ for the Kent Centre of Critical International Law (CeCIL) speaker series.

The talk, on Tuesday 6 February, focused on the phenomenon of refugee ‘hotspots’ in the Mediterranean, defined as transitory spaces of refugee concentration where processing and management functions are performed by various national, EU, and charitable actors. Drawing upon her ethnographic fieldwork in ‘hotspots’ in Greece, Polly noted the squalid and dangerous conditions within these sites where basic amenities are lacking and serious issues, from adequate shelter to mental health to sexual violence, are perpetually unaddressed. On this basis, she posed the question as to how it is that such suffering can be actively produced in the name of helping refugees?

In devising an explanation to this apparent paradox, Polly turned our attention to the larger operative logics of humanitarianism. Here she showed how such logics, which date back to colonialism, are premised on the dichotomous production of the Self as the empowered agent of humanitarian action and the Other as the passive object of humanitarian aid. Given this dichotomy, the humanitarian provider and humanitarian recipient can never be equal under this logic, for it is this very act of helping the Other that the distinctly humanitarian Self is constructed. Moreover, this scheme possesses a distinct spatial dimension in that narratives of humanitarianism are anchored by the need to ‘save distant strangers’ thus demonstrating the universal scope of the humanitarian consciousness as its grounding of legitimacy.

In working from this premise, Polly identified how the operative logic of humanitarianism is challenged by the refugee crisis given that migrants attempting to enter the liberal heartlands of Europe means that humanitarian’s Others are no longer distant, yet remain strangers. With this development and its prospect of changing demographic realities in Europe, things that have done much to spark the imagination of a resurgent far right, keeping refugees separated from existing populations becomes an imperative for preserving Europe’s liberal core. For humanitarians this is a survival strategy given humanitarianism requires a liberal social grounding to remain relevant. This being the case, more radical options for addressing the refugee crisis are dismissed out of hand. In encapsulating this troubling reality, Polly gave the example of how Médecins Sans Frontières [Doctors Without Borders] refuses to seriously consider engaging the ‘overly political’ idea of open borders as a solution to the refugee crisis despite the fact that the idea of a borderless world is literally in the name of this humanitarian organisation.