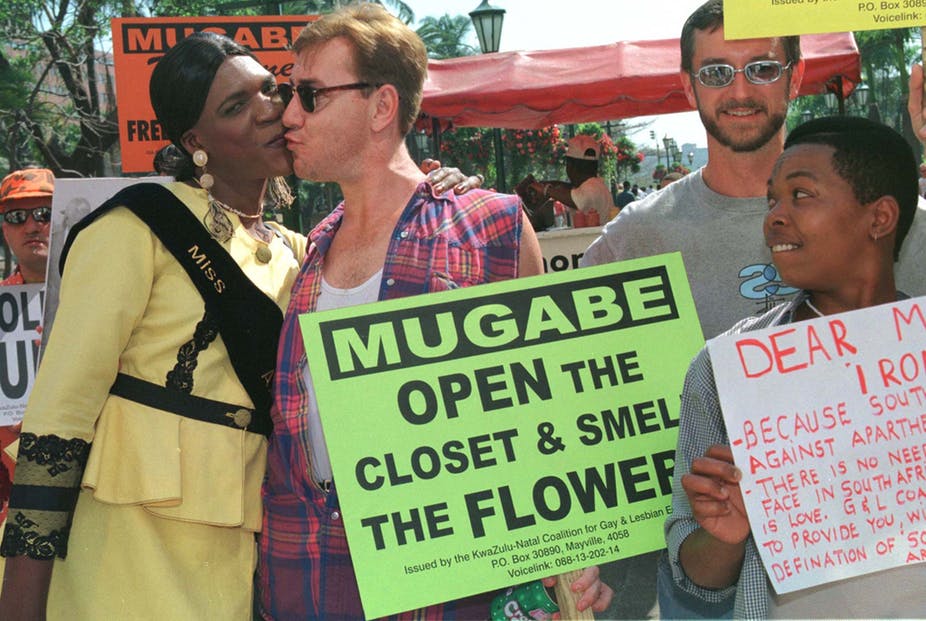 Zimbabwe’s recently deposed president Robert Mugabe made no secret of his loathing for gay men and lesbians. He once famously described them as “worse than pigs and dogs”. In 2015, he stood before the UN General Assembly and declared “we [Zimbabweans] are not gays”.

After nearly four decades, Mugabe’s reign is over. Lesbian, gay, bisexual and transgender (LGBT) groups are among those celebrating his departure.

But his ouster is unlikely to change the lives of LGBT Zimbabweans, for two main and interlinked reasons. The first is that this group of people remains marginalised and excluded from health policies, particularly around testing and treatment of HIV. The second is that Zimbabwe’s law frames LGBT people as criminals or “would-be” criminals – a constant threat to “normal” (that is, heterosexual) people’s health.

My ongoing research suggests that work is needed to change the perception of LGBT people as both victims and carriers of HIV. Addressing the country’s laws is an important starting point. This is because there are two bits of legislation that directly affect the LGBT community: the first is that it’s illegal to be gay in Zimbabwe. The second is that it’s a criminal offence to knowingly expose anyone to HIV.

The result is that people infected with HIV don’t get the treatment they need. This in turn means that HIV infections aren’t brought under control. And the public perception that people in the LGBT community are carriers of HIV is reaffirmed.

Research has shown that LGBT people are simply not acknowledged as legitimate sub-groups according to the state and in the country’s HIV strategies or health policies.

For example, UNAIDS and the World Health Organisation include “men who have sex with men, sex workers, transgender people” among those groups which are vulnerable to HIV infection. But LGBT groups do not feature at all in Zimbabwe’s official definition of “at risk” populations. Without this kind of policy recognition, they lack official support and protection.

On top of this LGBTI people often refrain from discussing their sexuality with health workers or hide certain aspects of their sexual practices. Others may stay away from clinics and hospitals to avoid stigma and discrimination.

All of this creates porous areas through which HIV can spread. That in turn confirms the dominant narrative of LGBT people being “vectors” of the disease.

Zimbabwe has an estimated population of 14.2 million people; about 1.55 million of them were living with HIV in 2014. The highest prevalence (16.7%) was among people aged between 15 and 49. The country can only respond effectively to the pandemic if the state allows health policies to recognise and support all sexualities. The current policies are conditional and selective, and that doesn’t really help anyone.

Zimbabwe’s new president Emmerson Mnangagwa was asked during a recent interview at the World Economic Forum in Davos whether his country might change its stance on sexual minorities.

He replied that the law would continue to prevail, saying:

In our Constitution it is banned – and it is my duty to obey my constitution.

He then went on to say that “those people who want it [decriminalisation] are the people who should canvass for it.”

This sort of tacit acknowledgement of LGBT people as a group that could advocate for their rights and inclusion offers a glimmer of hope. After all, Mnangagwa’s predecessor offered no space at all for sexual minorities to argue their case. Perhaps change may yet come to Zimbabwe’s LGBT community – and to the country’s laws.