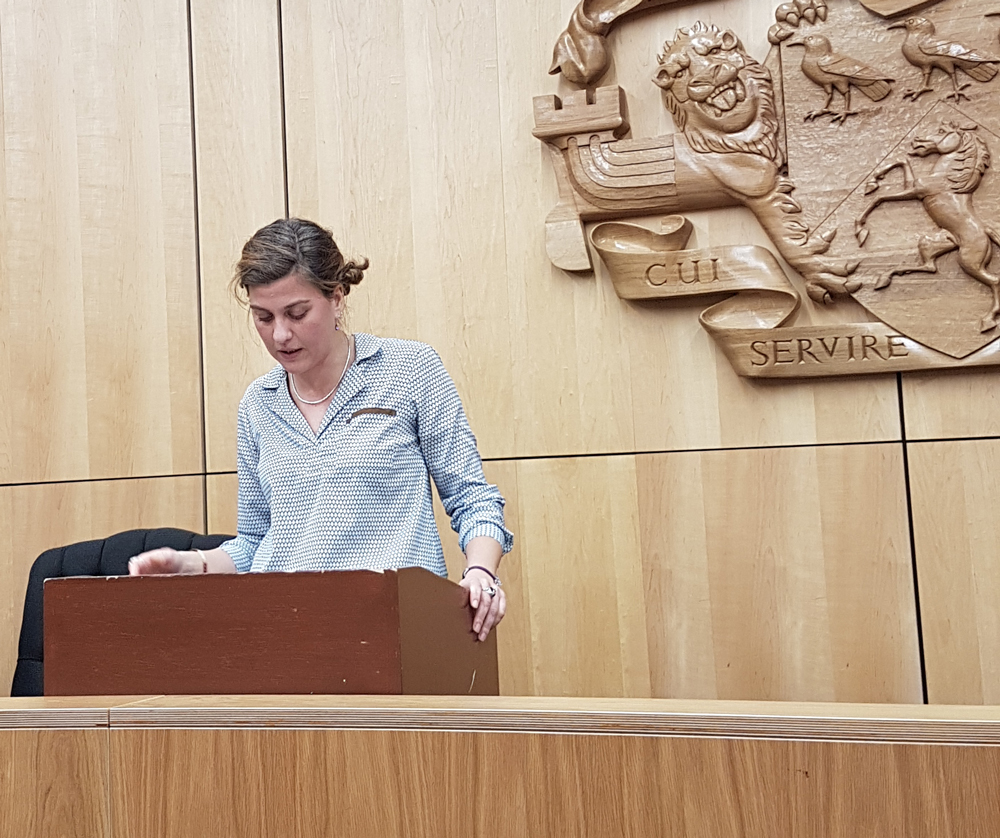 CeCIL had the pleasure of hosting Dr Maïa Pal of Oxford Brookes University on Tuesday 21 November for a captivating lecture on ‘Jurisdictional Accumulation: Towards Non-Eurocentric Histories of Early Modern European Empire.’

Drawing upon her background in law, international relations and Marxist theory, Maïa presented a nuanced, interdisciplinary approach to how we might think about the formation of the early modern European state-system while avoiding the distortions of Eurocentrism. For Maïa, a way of addressing this question involves centering issues of jurisdiction and extra-territoriality as they relate to the spatial dimensions of delineating applicable spheres of lawful authority by various actors. While there has been much work on extra-territoriality as it related to European states imposing the application their laws on ‘semi-sovereigns’ (ie China, Japan, the Ottoman Empire, etc.) in the nineteenth century, these practices were occurring alongside the entrenchment of the modern territorial state in Europe.

This raises the question of what extra-territoriality and jurisdiction looked like in Europe before states were formally equal, depersonalised, and indivisible sovereign entities. Here Maïa turned our attention to modes of hierarchical authority, divisible sovereignty, and personalised forms of rule that shaped the political landscape of early modern Europe. In this context one very important site of analysis is diplomatic history, where agreements were made between rulers to provide mutual protections for foreign travellers (including merchants and ambassadors) from punishment for offending local customs that they were unaware of. Given the religious schisms defining Europe at the time, there was great potential for such offence; jurisdictional agreements between rulers regarding the presence of foreigners allowed for the pursuit of mutually beneficial activities despite ideological conflicts.

For Maïa, this is a means of examining the ways in which small-scale, on-the-ground practices ultimately gave rise to the broader set of concepts and practices that structure our contemporary imagination of ‘the international.’ Towards this end, she is critical of grand theories that purport to conflate the rise of international law with the rise of capitalism on the grounds that such accounts are too reductive in their attempt to produce sweeping, comprehensive explanations. However, according to Maïa, this need to focus on such micro-practices creates an important impetus for lawyers to examine the specific regimes of early modern/imperial legal doctrines and codes that have thus far been unaccounted for amongst international relations scholars. Thus, for those seeking to engage with law in its broad, world-historical context, profound opportunities exist for better refining our explanation for how exactly the modern international system came to function as it does.