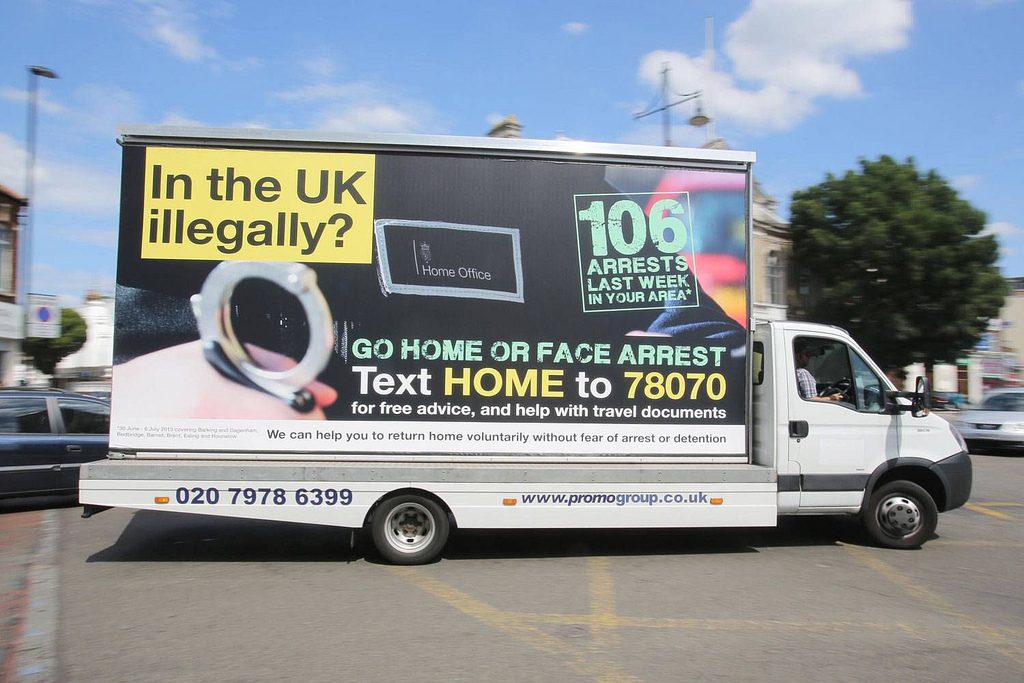 As part of a series of posts critically reflecting on the Grenfell Tower fire, Richard Warren of Kent Law Clinic details how some survivors may be impacted by a legal framework which prohibits support for undocumented migrants.

In the aftermath of the tragic events at Grenfell Tower, concerns have been raised that some survivors may be avoiding necessary hospital treatment due to their fear of coming to the attention of the authorities over their lack of lawful immigration status.[1] Some of the properties may have been sub-let, and it may never be known how many people were living there.[2]

From the point of view of the future inquiry, the co-operation of all those caught up in the disaster is desirable. Theresa May, perhaps in an effort to show a more compassionate side following the sustained criticism of her lack of empathy to the victims of the disaster is reported to have vowed that Grenfell victims will not have to face immigration checks if they come forward. [3] Yet what weight does the PM’s verbal assurance have against the raft of laws which have been carefully constructed in recent years to create a “hostile environment”[4] for those without lawful status?

The origins of the hostile environment policies can be traced back to the Asylum and Immigration Act 1996, though even prior to this individuals subject to immigration control on temporary routes to settlement had begun to be excluded from access to aspects of the welfare state. The 1996 Act introduced primary legislation to prevent housing authorities from providing those subject to immigration control with housing or homelessness assistance, it introduced employment checks to prevent those without leave to remain from working and excluded access to a range of welfare benefits for those who did not have settled status. Subsequent legislation has built on this, with a second significant round of punitive measures introduced via the Immigration Acts 2014 and 2016. These include a “right to rent scheme”[5] , preventing those without leave to remain from renting property privately and providing for a potential 5 year prison sentence for landlords who do not comply with immigration checks. In addition, the 2016 Act requires landlords to evict those who are alleged by the Home Office to have no legal status without the need for a court order.[6] Other measures include immigration status checks at banks[7] , the cancellation of driving licences and status checks at hospitals[8] with those without leave to remain denied access to healthcare unless they pay 150% of the actual cost of the treatment.[9] Emergency healthcare should still be provided, though unpaid NHS debts for further treatment are a mandatory ground for refusing future immigration applications.

The aim of the hostile environment is to force those with no leave to take voluntary return by dismantling the physical and social infrastructure that makes life tenable. But it relies on the mistaken assumption that it is possible to make the UK more hostile than what would face some individuals if they returned to their country of birth. The reality is that for some of those caught within its net, taking voluntary return is so unthinkable that even with these measures, life in the UK as a legally unrecognised person remains preferable. By excluding individuals from legal work and legal housing, the danger is that they are pushed further into more dangerous and precarious employment and housing, where unscrupulous employers and landlords are prepared to break the law, leaving them with little ability to complain about their conditions.

A 2009 study estimated that there are likely to be between 417,000 to 863,000 undocumented migrants in the UK, 70% of whom live in London.[10] It is believed 120,000 are under 18.[11] Some of these will have been born in the U.K, whilst others will have been resident since early childhood and have no knowledge of the country to which they are expected to return. Others may be married to British citizens with British children, yet refused leave to remain under the strict family immigration rules and not prepared to leave. Yet others will have been refused asylum due to not meeting the strict terms of the Refugee Convention but nevertheless have come from a country involved in ongoing conflict and so maintain a fear of returning. The Home Office has a poor record of enforcing removal, particularly to active conflict zones and to countries that do not cooperate with redocumentation. In the year ending December 2016 the UK carried out 12,193 enforced returns (down 11% on 2015).[12] Enforced removals have declined every year since 2004. For those currently in this situation, some may actually have viable claims to remain that could be made under the immigration rules but have not been able to do so owing to a lack of legal aid combined with significant immigration fees (a human rights based application for a family of 4 currently costs £5972 including an immigration health charge and such an application must be made again every 2.5 years, throughout a 10 year period, with the fees currently rising each year by around 20%).[13]

Returning to Grenfell Tower, if it emerges that such people were caught in the disaster how is Theresa May’s statement to translate into concrete legal action? The Secretary of State has broad discretionary powers to act outside of the formal immigration rules and so could grant leave to remain based on compassionate grounds, but there has been no indication that a formal amnesty is what is envisaged. Even if that were the case how would it be done? Would the Home Office begin interviewing individuals who claim they were living unlawfully in the Grenfell Tower – if so judging by the Home Office’s approach to asylum claims, there is a risk that many would be found not credible based on alleged vagueness, implausibility or inconsistencies in their accounts.[14] Or are the hostile environment measures simply to be waived for people who come forward to provide evidence? And if so for how long? As it stands the law is designed to enforce homelessness for such people by preventing access to public or private housing.

The fact is that the UK has developed a tight network of laws that intentionally make life difficult for other human beings who live and work amongst us. It is consciously designed to break down relationships that they may have with British or settled citizens in an effort to drive them out of the UK. It is believed that such an approach acts as a deterrent and that it enjoys broad public support. As the internal border of the state has expanded and more and more public sector workers and private civilians have been drawn into the role of border guards, the UK is creating an underclass of excluded residents, afraid of any contact with the authorities. Doctors of the World, an organisation which runs health clinics in the UK for those without access to the NHS, has documented cases of pregnant women, those involved in accidents and those suffering from serious conditions avoiding the NHS, due to their concern that their data will be shared with the Home Office leading to potential detention and removal.[15] Similar concerns have also been expressed about schools being required to document the nationality of their pupils.[16]

As politicians reflect on the full implications of recent events, perhaps it is time to reconsider the wider impact on community relationships of policies that seek to divide residents based on their immigration status. The community in Kensington has shown incredible solidarity in the wake of the Grenfell fire, and drawn attention to the plight of those living in precarious housing. If this truly is a tipping point, where Britain finally wakes up to the consequences of 40 years of neoliberal housing policy[17] , then maybe it is also the time to question whether the language of the “hostile environment” has any place in improving the lives of UK residents.

Update: On 5 July 2017 Brandon Lewis, the Immigration Minister announced to Parliament that a policy on leave to remain outside the Immigration Rules is being introduced for residents of Grenfell Tower and Grenfell Walk. It stated that:

“individuals directly affected by the Grenfell Tower fire who contact the Home Office via a specified process will be given a period of limited leave to remain in the UK with full access to relevant support and assistance. This will be done by using discretionary powers to grant leave to remain outside the Immigration Rules for a temporary period of 12 months and without a condition precluding recourse to public funds.” [1]

It is stated that the purpose of the leave is to grant them time to start to consider their future options as well as assist the police with future enquiries about the fire. The policy will remain in force until 31 August 2017.

A guidance document now sets out how such cases are to be handled by the Home Office. [2] It explains that it will cover all Grenfell Tower residents at the date of the fire, whether or not they were there at the time of the fire including those who were renting unlawfully through an illegal sub-let. It also covers those who were living close to Grenfell Tower and have been significantly affected by the fire because they have been displaced from their place of residence, which was destroyed or made uninhabitable by the fire.

In order to apply, individuals are invited to complete a short proforma to provide relevant information and evidence to demonstrate that they were genuinely a resident of Grenfell. This can include evidence provided by a leading member of the community or recognised support group setting out what they know about the person. The policy excludes those already subject to deportation proceedings and any person where there are concerns about their criminality, character or associations. Those refused will be provided with a refusal letter, though there is to be no right of appeal. This of course means that there continues to be a risk that if an individual is not believed, they will not benefit from this protection.

It is clear that this is to be a time limited policy that offers no promise of settlement and that any future applications for leave will be dealt with under the immigration rules in force at the time, providing only temporary respite from the “hostile environment” policies. It will remain to be seen to what extent an offer of limited leave will encourage individuals to come forward.