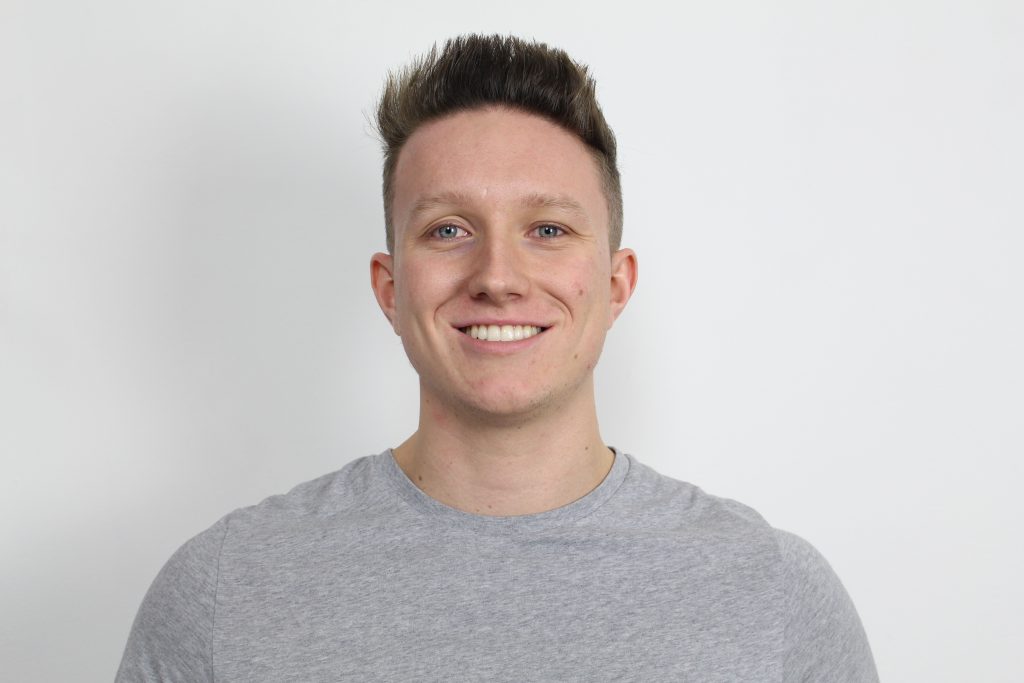 Why did you choose Kent?

I chose Kent because of the impression the University made on the open day. I’d been to a few university open days but conversations with passionate lecturers left me feeling comfortable that my education was going to be guided in the best direction if I studied at Kent.

What attracted you to the course?

I love tech and playing with gadgets. When I was 16 and choosing my A-levels I chose to study Computing, which was a wildcard subject because at the time it was only offered by my local college and not at local sixth forms.

As the two years of A-levels progressed I realised that I loved gaining a deeper understanding about how software worked, so I decided to look into the potential career opportunities that a Computer Science degree could offer. The thing that I thought was so attractive about the field was that there were dozens of different career paths that could be followed after obtaining a degree in computer science, and that I didn’t need to pick the exact job role that I wanted to do at the end of my degree immediately.

During the course I realised that I had a keen eye for web development and implementing systems for an end user. Satisfying requirements by imagining myself as the user was an element of the degree that really drove me to deliver high quality software solutions.

Did you do a year in industry? If so, where and how useful was it in getting a graduate job?

I chose not to participate in the Year in Industry and did the three years of the Computer Science degree in one go.

My reasoning behind this was that I largely had a friendship group from outside of the course who were all progressing on with their third years, and I wanted to continue the university experience with them.

I decided that when I was going to graduate that I would just take a lower paying salary for my first year in order to gain the same experience (although when the time came I never actually had to do that). However, I did do a really interesting module where I worked for the Kent IT Consultancy (KITC) that gave me experiences that were in my opinion almost as valuable as a year in industry. This module allowed me to build software solutions for real clients and experience what it was truly like to work in a team.

Upon graduating, when interviewing for my first job role various employers were extremely interested in my experiences during this module in particular.

How did your degree course lay the foundations for your chosen career path?

The way that the degree prepared me was that it taught me how to think and how to problem solve. Technology is forever moving forward and what is new today will be old news in a few years time. The important skill is how to digest software related scenarios and produce solutions for them.

I have never been paid to write a line of code in Java during my career, and at the time Java was the most heavily featured programming language used at Kent. There were some web development modules that allowed me to learn Javascript, HTML and CSS which is what gave me the foundations to independently build my own website during my third year.

I’d recommend that every third year student builds their own website if they want to work in frontend engineering after graduating as the website acts as an evidential CV that demonstrates exactly the quality of software that you can produce. When I say build a website, I mean no use of libraries, write the HTML, write the CSS and write the Javascript yourself; you’ll learn a lot and it will serve as a portfolio piece. Building a website doesn’t need to be a huge commitment – start early in the year, and just do two hours on it a week when you have some spare time, at the end of the year you’ll have built something, and something is better than nothing!

Could you describe your career path since leaving Kent?

After being accepted for the first official graduate scheme for the web platform at asos (asos.com) I was catapulted into a number of projects that aided my personal and technical growth. During my time at asos I was tasked with creating an internal react application that is used by the photography studios (the team that capture the product images displayed on the site) to coordinate their work and allow them to continue to deliver great assets while optimising their time and productivity.

I was a developer of the Product Listing Page (PLP) which is an isomorphic react application that responds to multiple viewports and is supported by a wide range of browsers. SEO is very important for the page as asos needs to stay ahead of its competitors and therefore rank higher in search results.

I was a key team member in the replatforming of the Saved Items application (the site is built using a microservices architecture, so when I say application, each page on the website is actually a separate application running in the cloud and they all communicate with each other). The project had a tech stack of react, redux and node, while using webpack to build the application as well as utilising babel and postcss to use the latest syntax available to developers.

After two and a half years and two promotions later, I decided it was time to move on. Since the start of 2020 I’ve been working at ITV as a full stack web developer on the replatforming of the ITV hub on both the website and TV applications.

Could you describe a typical day in your current role?

A typical day in my role would be to pick up a ticket on the board, digest the requirements and if the requirements can be facilitated then I’ll implement it. I use TDD to ensure regressions are unlikely to occur and that the software behaviour is documented via the test descriptions.

I’ll then make a pull request for this code change, and converse with my colleagues based on the feedback. During this time I’ll also be reviewing my teammates’ pull requests. Once approved, my ticket is independently tested by a QA, who may write further acceptance tests. Once a QA has approved the code change, it will be merged to a pre-production environment for further testing. Once we’ve merged a few features in this way, we’ll push the changes from the pre-production environment to production for the user to use. There will also be various meetings throughout the day, often prepping requirements for tickets that are to be worked on in the future.

What are your future plans/aspirations?

To continue to learn, never be too comfortable and to continue to push myself. I’ve noticed that the best developers are those with experience and also those that can adapt. I deliver my best work when I am working on a project that I can either see myself as the end user or if the domain really interests me. I’d like to continue to be somewhat selective about the projects that I work on as enjoying the development journey makes learning much easier.

Do you have any other happy memories of Kent that you would like to share with us?

The campus is really quite nice, very green and Canterbury is beautiful. At the time I thought it was quite old and boring, but I now look back and appreciate what a nice area Canterbury is.

As a student you get to cross paths with people from many different walks of life, talk to them! Make friends on your course and help each other along the way.

Finally, what advice would you give to someone thinking of coming to Kent?

The modules on the computer science course are really well thought out, the lecture quality is high and the assignments are demanding. The degree really is going to teach you how to think like a software engineer.