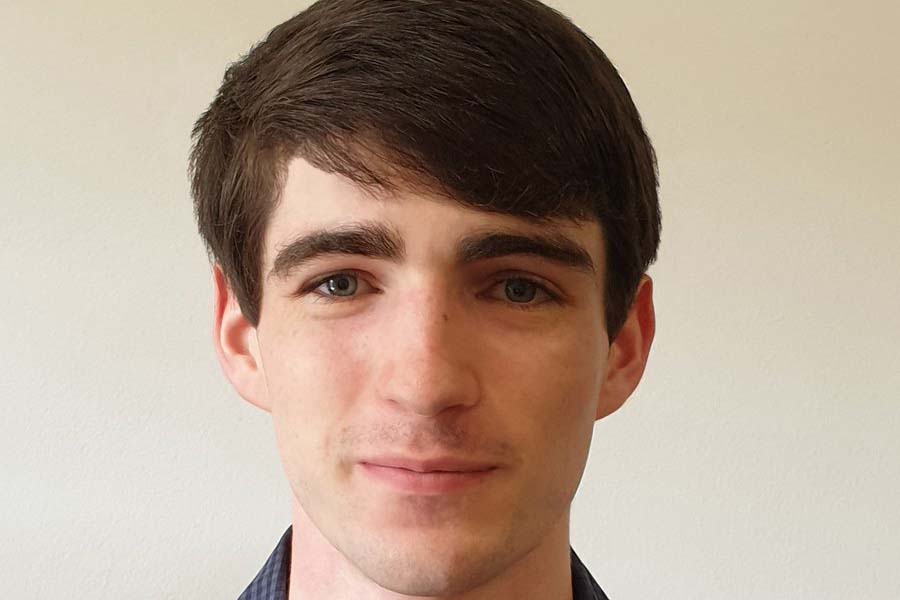 Adam Landau graduated with a BA in Journalism in the summer of 2020. He’s now carving out a career in aviation videography and recently won the ‘Best student project’ award at the 2020 NCTJ Awards for Excellence with his final-year documentary on ‘Brunel and the Original High Speed Railway’.

Why did you choose to study an BA Journalism degree at Kent?

For as long as I can remember, I’ve enjoyed telling the stories of real people and events – either in the form of written articles and features or mini-documentaries and videos – so when I finished school, I decided to study journalism and learn how to do it properly. I visited several journalism courses around the country, but two things about the CfJ particularly appealed to me: firstly, it was NCTJ-accredited; and secondly, it was small. It was clear even from my short visit that everybody in the department knew everybody else, and there was a friendly atmosphere around the whole building as a result. Many of my friends from school ended up on massive courses with hundreds of people in each class. Some were amazed that I knew my lecturers’ first name, let alone the fact I could drop into their office for a chat at almost any time. That was certainly the most important factor for me, and it made the course as a whole an awful lot easier.

Can you describe your time at CfJ?

I would break down my time at the CfJ into two distinct parts, as the first and second year were very different from the third. The first two stages of the course are more classroom-based, with one or two lectures most days. This is when we learned the theory behind journalism, learning how to write like a journalist, how to edit video, and how to navigate the murky world of media law and politics. At the same time, we were given the chance to develop our skills in a controlled environment, with a mix of writing exercises and rudimentary “newsdays”, when the department transformed into a newspaper office or radio station for a day.

Year three is an entirely different matter: we were very much out in the field, using the knowledge and experience we’d gained in the first two years out in the real world. We could be attending an event for a self-run newsday, or off on our own working on a half-hour documentary for our final year project; the vast majority of our time was spent away from the campus, using our initiative and training to find and tell real stories, just like any other journalist.

As you can probably imagine, this is much more varied and rewarding than most typical university courses, because you have the freedom to shape your year, choose what to work on, when, and how to go about it. You get out however much you put in!

What was good about it?

The wonderful thing about studying at the CfJ is that we all have the ability to forge our own path through the course. No two people will have had the same experience, or worked on the same stories. I love making videos – so that’s what I did, with highly specialised lecturers and a vast pool of equipment to help me along the way. Others focussed most of their efforts on writing long-form lifestyle features, or perhaps covering politics or sport. We are all expected to try a little bit of everything, so we graduate with all the core skills we need, but I think the crucial point is that, whatever your interests are, there is a way of making the course work for you.

What did you think of the facilities at Kent?

Having access to an in-house radio studio (in fact, two in house radio studios!) 24 hours a day was a real benefit. Whether we needed them for university work or for a personal project, any CfJ student could roll up in the newsroom at any time of the day or night, and the chances are that there would be a studio free for us to use. Down the corridor is a fully-functional, multi-camera TV studio, complete with three broadcast cameras, autocue, lighting and a professional gallery. While it was mainly used on newsdays, the lecturers were always happy to let us have a play, and would show us the ropes whenever we asked. The newsrooms were well equipped and the library was excellent. We also had access to all manner of video, photography and audio equipment which we could hire whenever we liked, including camcorders, phones, gimbals, tripods and a quite remarkable array of microphones, which I made good use of throughout my three years.

Did your course live up to your expectations?

If anything, it exceeded them. I had resigned myself to the fact that I would have to learn shorthand and study law, even though I was looking forward to neither, yet both turned out to be true highlights of the course for me. There is something incredibly satisfying about a lovely string of teeline symbols – it’s almost like learning a private language that nobody else can decipher – and I thoroughly enjoyed learning about media law. Best of all, though – and I apologise for making this point repeatedly – was the freedom we all enjoyed to pursue our own interests. Much of my second-year coursework was about aviation, and I used it as an excuse to meet all manner of interesting people. When it came to third year, I honestly hadn’t expected that I would be allowed to make a thoroughly self-indulgent film about Isambard Kingdom Brunel, which is not only very niche, but is also hardly current. Despite that, I was encouraged at every stage, and spent a wonderful year visiting old trains and ships, leafing through pages of Brunel’s personal diary, and having very nerdy conversations about track gauges and viaducts. I could hardly have had a better final year.

For the time being I’ve got several small projects on the go, mainly aviation videography. I recently licensed some of my footage to a documentary company making a six-part TV series for Smithsonian, and I’m continuing to work as the in-house videographer with the Aerosparx Display Team, which I’ve been doing on-and-off for three years now. As I write this, I’m sitting in a quarantine hotel at Heathrow following a hugely exciting trip to Dubai with the team, so look out for a video in the coming weeks.

You’ve just won ‘Best student project’ in this year’s NCTJ Awards – how important is that for you?

When I started my final year project, the CfJ already had a three-year winning streak in the NCTJ Student Project of the Year category. In my head, I already had a pipe dream about winning it again; I had quite a firm idea of what I wanted to achieve, and I thought I was probably capable of executing it. And then, the work started! There genuinely wasn’t a single second that I didn’t enjoy, but it was certainly a lot harder than I expected to complete the project to the standard I had envisaged. By the time it was complete, I thought it had a chance of being shortlisted, but I no longer imagined for a second that it would actually win. Naturally, I’m thrilled that other people seem to think there’s some merit to it.

The award itself will be massively important – it’s going front and centre on my CV, for sure! Over a thousand students enrol with the NCTJ each year, and they all produce some incredible work across a huge range of topics and mediums, so I really don’t think it’s fair to say that mine is “the best”. What is probably more important is that my film has been publicly recognised by the NCTJ as being one of their higher-quality submissions this year – and having that seal of approval from an organisation as respected as the NCTJ will be immensely valuable over the coming years, I am sure.

How do you see your career progressing?

There are a couple of very exciting opportunities I’m chasing down at the moment. It’s too early to say whether anything will come of them, but I very much hope that I’ll be able to begin working in aviation videography full time later on this year.

Any advice for aspiring journalists and/or students thinking about studying at Kent?

My most important piece of advice is to make good use of the incredible resources and lecturers at the CfJ. We are so lucky to be able to talk to any lecturer, or use any equipment, at virtually any time. If you want to know more about broadcasting, roll up at the studio one afternoon and ask to be shown how it works. If you want to discuss a coursework idea with a lecturer, knock on their door, and they will be happy to help (and then, usually, to talk about all manner of other things as well). Secondly, don’t be afraid to bring your own ideas, however niche you may think they are. Be open-minded, of course. Try your hand at every kind of journalism that you can. But when a big coursework project comes round, if you really want to make a film about a 200-year-old engineer with an unusual propensity for building impossibly complicated bridges, then do it! Choose something about which you have immense passion and energy and enthusiasm, let all of that show, and you’ll find the three years whizz by.