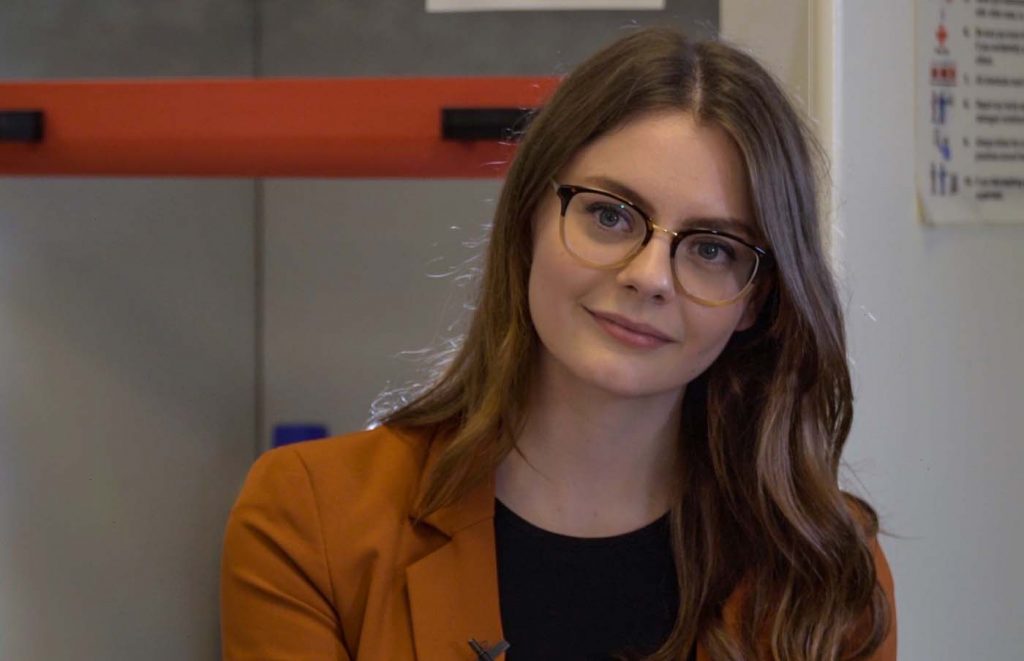 Centre for Journalism graduate Isabelle Miller was a finalist for ‘Kent New Journalist of the Year’ at the Kent Press & Broadcast Awards 2020.

Isabelle, who graduated from Kent in 2018 with a Journalism BA degree, now works as a Senior Producer at Kent’s local television station KMTV. (Freeview 7, Virgin 159).

During her first 18 months at KMTV, Isabelle was a news reporter, presenting news bulletins and covering stories all throughout Kent; it was the stories she created then that helped her make the shortlist for the KPBA award.

Isabelle said: ‘I am now a producer, where I edit, film and present, but also make research documentaries – one of which led me to Mexico and was an amazing experience. I also help to create lots of other content for the channel.’

Isabelle said her time at the CFJ was crucial to her in getting to where she is now: ‘It introduced me to KMTV, where I became an intern and now a full-time producer. It taught that being a journalist means being determined and patient and that the difficult stories are always worth telling. The Centre also gave me the opportunity to tell stories in a multitude of different ways and made me a multi-platform journalist – something that everyone needs to be in the current news environment.

‘My highlight of being at the CFJ was my final-year documentary and it is still to this day one of the things I am most proud of! Learning about and telling people’s fascinating stories – definitely the dream. The help and guidance that I received with this and my other projects was amazing and always appreciated. Every student who studies at the CFJ should squeeze as many opportunities as they can out of it, because there are so many. Whether it be local, national or international news, the CFJ is an amazing start to your career.’