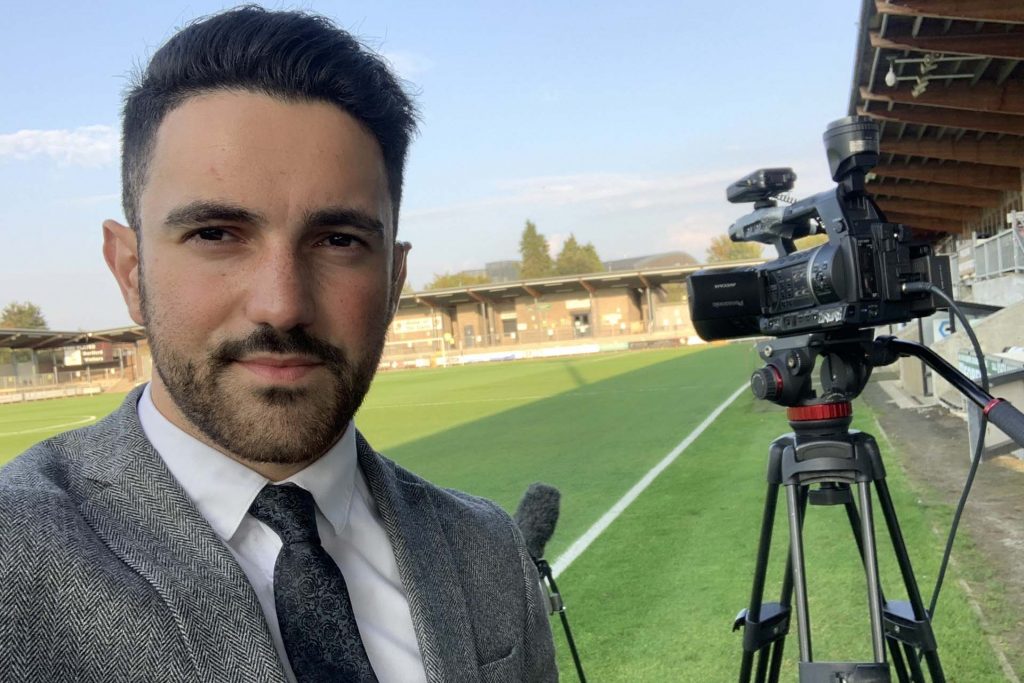 The judges praised Joe’s “energy and excitement” and said he was “good at getting something out of nothing. His work is clever, thoughtful and creative.”

Joe is Assistant Editor at KMTV where he leads the news team, editing and anchoring the weekday evening programme Kent Tonight. He said: ‘The Sports Journalist commendation focussed on my work as the producer and presenter for our weekly sports show Team Talk. For the award, I submitted three of my favourite reports from the last year, which included a Team Talk Cycling special when the British Championships came to Rochester, plus some exciting filming with University of Kent student and Winter Paralympian Millie Knight.

‘The Feature Journalist commendation was awarded for my series showcasing Kent’s Key Workers and the brilliant things they were doing to keep the county going through the pandemic. I believe I’m right in saying it’s the first time anyone’s received a double Highly Commended at the KPBAs, so I’m quite chuffed. We’ll go for the win next year!’

Joe graduated from Kent with a Journalism BA in 2018 and said his time at CfJ has helped him hugely: ‘The lecturers were fantastic. They always had the patience to make the time to help me develop as a journalist – no matter how stupid the question was! The course definitely gave me the grounding to be in the position I am today, leading a news team at 23 – crazy!’

Joe found ‘newsdays’ at CfJ stressful but said they were always fun: ‘By giving you the taste of what it was like to be in a working newsroom and producing a finished newspaper/TV programme/radio show together with your peers was brilliant. Now the challenge is to do it every day!’