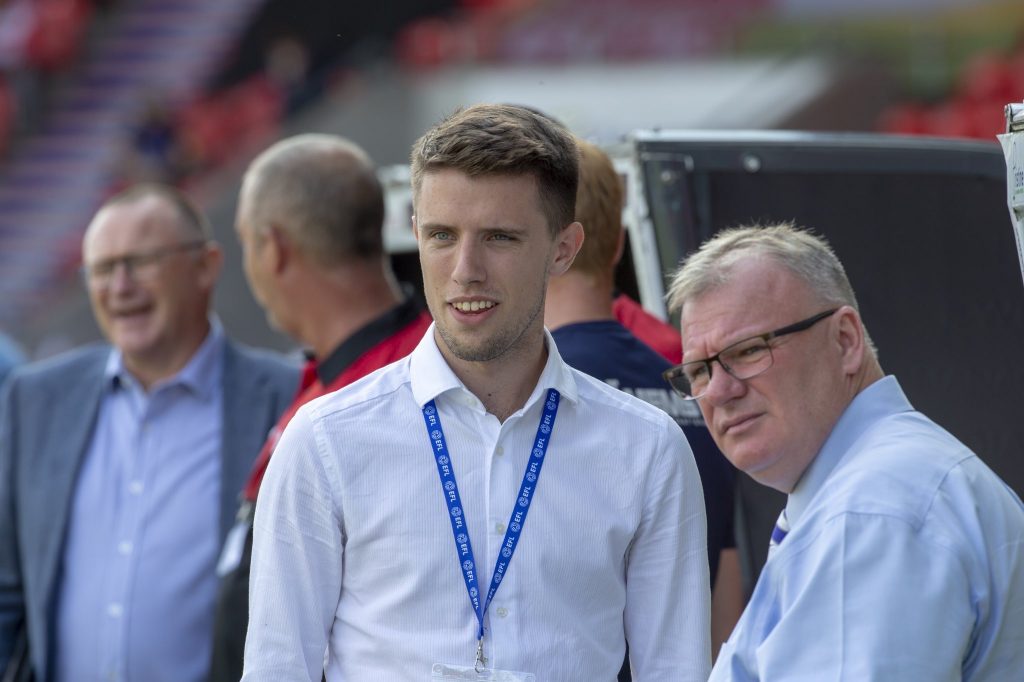 It goes without saying that a global pandemic wasn’t in the script when I set out planning my final-year documentary back in the summer of 2019.

Following a relatively successful first few months filming and securing interviews, it soon became clear around the beginning of March that Coronavirus was going to hamper the important final few weeks of my project. Luckily, the communication and help from all at the Centre for Journalism (CfJ) at Kent ensured that I can honestly say I don’t think the quality of my work has been affected by the external factors. My family keep telling me that they’re worried that the virus will impact my degree, and they are concerned that I’ll lose out in terms of a grade, but I can honestly say I don’t see that as the case. I was happy with how my documentary came out, with the vast majority looking exactly the same as it would, whether there had been a global pandemic or not.

The project was a video documentary on the rise of Football Fan Channels. I delved into the world of fan content to see how the industry has grown in both stature and relevance, as well as addressing their critics. A major part of my documentary centred around RedMenTV, Liverpool FC’s biggest channel. Having already been up north earlier on in the year, I had hoped to return in April to coincide with the football season ending, however those plans went out of the window as the impact of COVID-19 started to increase.

I remember attending a meeting, which included our year group and senior staff, around the middle of March, where the lecturers spoke about how the Centre would navigate around the issues the pandemic was going to have on the course. A whole range of potential issues were addressed, whether it be how we were going manage to get interviewees, how we would get around the lack of IT equipment at home or the looming summer exams (the University soon put in a no-detriment policy to help students).

Those who didn’t have access to a Mac were given the opportunity to take them home to ensure they completed their project, students who needed camera kits were able to keep them with them throughout the pandemic to aid their studies and lecturers were only ever a Zoom call away if anything was an issue.

Ian Reeves, my supervisor and the head of the Centre, probably got bored of me emailing him asking for a “quick five minute catch-up” every other day, but he was always willing to help in any way possible, with project work and general university questions.

The pandemic certainly wasn’t how I envisaged the three-year course ending. The CfJ prides itself on teaching skills that will make us, as students, stand out when we leave university and look for a job. While we learn how to find news and report on it legally, ethically and accurately, there is also a huge emphasis on teaching students how to thrive in the modern-day newsroom. Whether that be putting together our own radio show, vox-popping on the high street, learning how to use social media to engage with an audience or having to put together our own newspaper on a “news day.” The course at the CfJ covered it all!

In fact, it was the contacts I made in the first year news days that led to me securing my part-time job at Gillingham FC. In the first year at the CfJ I attended a couple of press conferences to help me with writing up stories for the aforementioned news days. I made contacts and got to know the people at the club reasonably well. By the time the summer of 2018 came around I really wanted to get some experience in the media. It was at this time, I managed to get the job at Gillingham. My role: A Matchday Media Assistant.

That meant every Saturday trekking up and down the country helping the media team across all social media platforms. As the months went by, I found myself transferring over skills I had learned at the CfJ over to the football club. Over time, the quality of my output improved, and our online numbers increased – I put a lot of the success down to the skill I learned at the CfJ. I’ve made great contacts while covering the Gills, and I hope that somewhere down the line, these contacts may help me secure a job in the sports media industry.