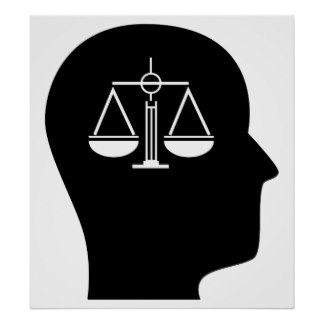 For most journalism students, my media law modules involve some real challenges. To understand media law at the level I expect of them, they need to know quite a lot about the basic features of the English legal system as a whole, and they’ll probably need to learn most of that from scratch. The literature they’re asked to read can be complex and full of unfamiliar jargon; the language in Acts of Parliament especially can seem impenetrable at first sight. Writing about law, or at least writing about it well, demands an unusual focus on precision and clarity. And, unlike their colleagues in the Law School, journalism students won’t necessarily be practising the skills they need to succeed in my subject while they work on their other modules.

These challenges can be even more pronounced for international students, like those on our MA in International Multimedia Journalism, who often come from countries with legal systems that are fundamentally different from the English system. For example, reading academic literature that isn’t in your first language must be hard enough without throwing in a bunch of legal jargon. But the sessions on essay writing and research skills that the pros at SLAS and the library kindly put on for the students really help. We start each class with a short discussion of a recent news story relating to some aspect of the module – the idea is to contextualize the subjects we study and illustrate their importance. Ending each class by asking students to write down as much of what they’ve learnt as they can in two minutes is meant to help them to consolidate their learning, but it also allows me to spot any misunderstandings early on and correct them the following week. Even simple things, like providing lecture slides and handouts well in advance so that students can go through them and translate any new words before the class, can be really useful. With some support and a bit of hard work, our international students can and do overcome the obstacles they face and excel.

For me as a teacher, my class of International Master’s students offers lots of great opportunities. Because they don’t take a professional qualification like most of our other students, they don’t need to know quite as much about the finer details of English law. We have one two-hour class per week, instead of two hour-long sessions, and a relatively small number of students in the class. All of that gives us the freedom to explore ideas in more depth, to question why the law is the way it is, and to talk about what we think it should be. I benefit from that as much as (I hope) the students do. Like a parent with more than one child, I love all my students equally (or at least that’s what I say in public). But out of all of the groups I teach, I think our International MA students have taught me the most.

Laws in other countries are sometimes radically different from the English laws we study, so they can help to provoke interesting discussions in class about which approach is preferable. As someone who once tried to impress a French girl in a bar by confidently describing myself as “a small bread” in her native tongue, it’s safe to say I don’t have the language skills necessary to fully understand French law, let alone to teach other people about it. But I try to use the pockets of knowledge I do have about laws outside England as much as possible. And when every student in the class can add to that the distinctive knowledge and insight they can draw from their home country, their cultural background, and their life experience, the discussions that emerge can be incredibly rich and thought-provoking.

If the students in my International MA class get as much out of those discussions as I do, I reckon I’ll have done my job pretty well.