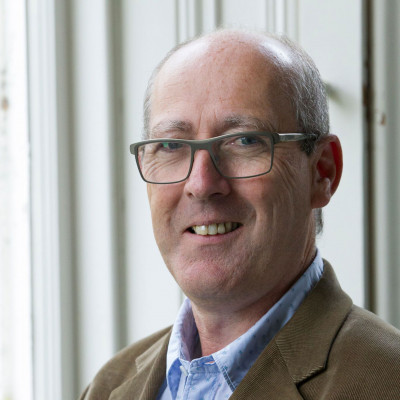 The University of Kent’s Conflict Analysis Research Centre (CARC) will hold a virtual launch of Professor Feargal Cochrane’s newly updated book ‘Northern Ireland: The Fragile Peace’ on May 11 at 2:00-3:30

Professor Neophytos Loizides will introduce Professor Cochrane and his book, welcoming attendees to the virtual event and overseeing the discussion and later Q&A. The event is free and open to all.

The virtual book launch can be accessed at:

Feargal Cochrane is Emeritus Professor of International Conflict Analysis in Kent’s School of Politics and International Relations. He is the author of several books including ‘Breaking Peace’ (Manchester University Press, 2020) and ‘Migration and Security in the Global Age’ (Routledge, 2015), in addition to this updated version of a book previously published as ‘The Reluctant Peace’ (Yale Scholarship Online, 2013). ‘The Fragile Peace’ contains the complete history of Northern Ireland from the Irish Civil War to Brexit and has now been updated to coincide with the nation’s centenary.

In his book, Professor Cochrane considers the region’s troubled history from the struggle for Irish independence in the nineteenth century to the present. Fully revised and updated, new chapters cover the reasons for the suspension of devolved government at Stormont in 2017 and its restoration in 2020, and the consequences for Northern Ireland of Britain’s decision to leave the European Union. Professor Cochrane argues that Brexit represents the biggest threat to the continued existence of Northern Ireland since Ireland was partitioned in 1921. As a complete account of the region’s 100-year history, this book is essential reading to understand the present dimensions of the Northern Irish conflict.

The Conflict Analysis Research Centre (CARC) is a multi-disciplinary Faculty Research Centre based in the School of Politics and International Relations at the University of Kent. CARC looks to be at the centre of developing original theory and conflict analysis, undertaking international research in the broad areas of peace, conflict, security and human rights and building partnerships with policy and practitioner communities.