A Text by Judith Large

A heated debate took place in the UK House of Commons on 25 September 2019, in which the Prime Minister’s language broke with protocol and loomed large in graphic terms; ‘traitors’, ‘betrayal’, and ‘surrender’. ‘Humbug’ was used in response to the notion that vituperative language could incite real violence, used in an exchange on threats to women MPs and reference to the killing of Jo Cox MP.

In some circumstances this may have been dismissed as a bad day at the office, but for two subsequent developments. First, it was widely reported in the following days that far right groups welcomed the clarity of such language. Secondly, on the subsequent declaration of an early election there was a veritable exodus of women MPs, many of whom cited constant abusive social media messages and direct threats, including death threats as a major factor in their standing down. To messages of insult, threats and vitriol must be added racism, as evidence abounds that that black and Asian women MPs receive more abusive tweets and threats than white women.

It is compelling to see the 25 September exchanges as connected to a coarsening of political discourse since the Brexit referendum of 2016; the demonstration of hard rather than interest-based negotiation stances, with confrontational language. The zero-sum game approach of ‘winners and losers’ has led to an increasingly divided parliament and society.  At the same time, increased direct and online threats to women MPs in particular are symptomatic of an environment which increasingly threatens the very normative basis of women’s rights; and a culture of gender politics which now includes the rise of misogynist and gender-normative social movements. 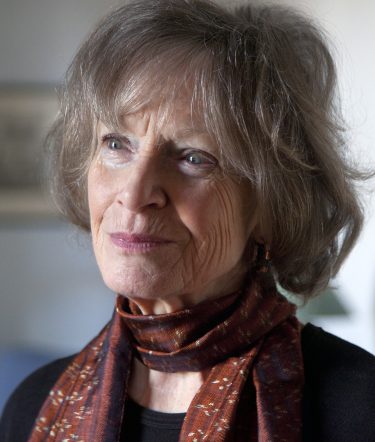 Judith Large is a senior practitioner with experience from international conflict zones, working on issues of violence reduction, justice mechanisms, gender and governance for post war recovery. She is a Senior Research Fellow at CARC, and has lectured and published widely on related topics.

The gender impact of austerity policies of the past decade has been well documented with a continued trajectory of harm in which women take heavier losses than men. BAME households have suffered a disproportionately negative impact.  It is demonstrably the case that women earn less, own less and have more responsibility for unpaid, domestic and caring work. With cuts to local council services, reduced social care, losses to childcare, affordable housing, health services and employment the intersection of poverty, race and gender has led to a dramatic fall in the standard of living for many BAME women. Overall the gender pay gap also remains a critical issue. Philip Alston, Special Rapporteur on extreme poverty and human rights (UN Human Rights Council) made the news after taking testimonials from women in Newham, by making the following comment: ‘If you got a group of misogynists in a room and said “how can we make this system work for men and not for women” they would not have come up with too many ideas that are not already in place’.  Moreover, UN periodic review findings (2019) for the UK point to persistent under-representation of women in decision making positions in public and private sectors. This is further complicated in Northern Ireland by the absence of functioning government since January 2017.

It is ironic then, that at a time of growing inequality for women, feminism itself is blamed and demonised increasingly in a virulent backlash from self-proclaimed masculinists. Their argument, often aired through social media, is that feminists attack liberty and equality, undermine meritocracy and traditional family values and promote prejudice against men.  ‘Manosphere ideas’ according to Hope Not Hate, have snowballed into a phenomenon which has taken on a life of its own but for some serves as a path into far-right politics.  Operating primarily online, manosphere sentiments are targeted at women in parliament along with general hate messages and threats.

There are also increasing ‘men’s rights’ activists who adopt proactive campaigning with the claim that feminism is dangerous.  Anti-feminism is an obvious route into right wing politics fuelled by misogyny and white male entitlement; echoing classic authoritarian nationalist sentiments of traditional nuclear family values and binary gender definitions allowing for no deviation, thus denying LGBTQ identities. Opponents of feminism organize and campaign under a banner of masculinism. There will be men who are feminist and women who are masculinist, but the wheel has turned with a growing backlash linked to the politics of far-right extremism.   It is recognized that extreme masculinity (deemed ‘toxic’ by observers) is central to the propaganda and appeal of radical right parties and politicians.

Hate crime is on the rise.  Online victimization is increasingly recognized as a trigger for violence, harassment and criminal damage. Women MPs and their male colleagues who have also been threatened know this experience well.

In such circumstances the language of political leaders matters as potential for fueling or mitigating social divisions, anger, hatred and blame. With social media both a conduit for abuse and a vehicle for the growth of misogynist and racist mobilization we stand to lose hard won gains in gender equality. Democratic institutions and norms are undermined when hate speech, divisive and combative messages dominate in place of reasoned and meaningful debate. The victims of threat and abuse need support and protection. This is conflict on our doorstep, requiring scrutiny, practical steps to regulate and control social media and political measures to address contributing factors such as hate speech, social division and growing inequality.

Words matter. Let’s see a recognition that women’s rights are at risk; that we need increased representation in public and political life and conditions which make this possible.