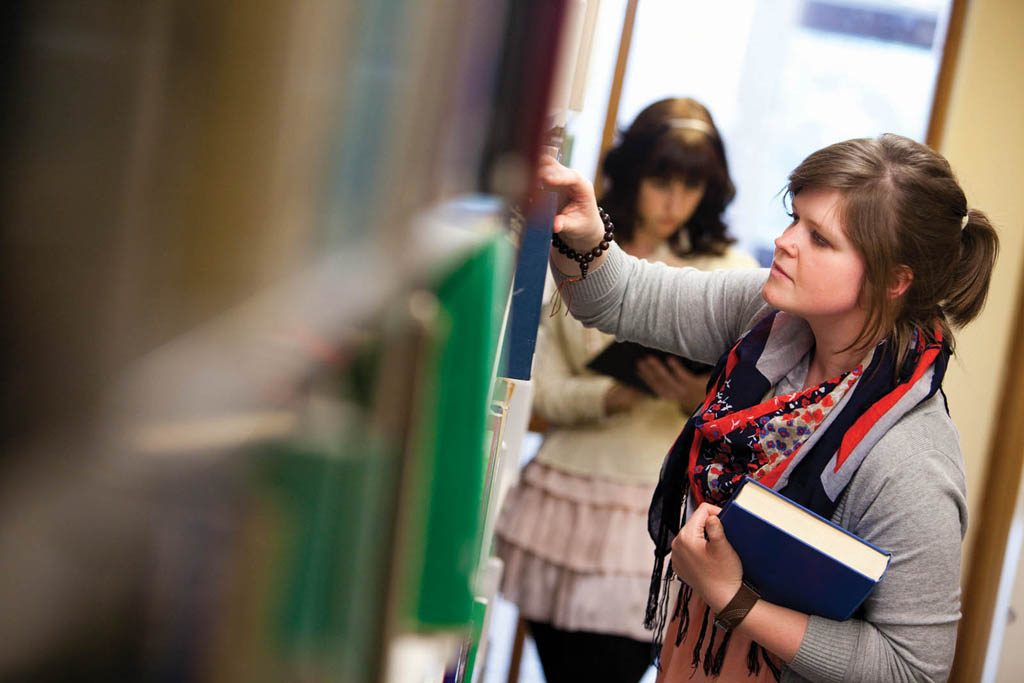 As the civil wars in Liberia and Sierra Leone were coming to a close in the early 2000s, it became apparent among the international community, as has been the case according to modern trends in post-Cold War intrastate conflicts, for the need to establish peacebuilding initiatives in order to curb chances of the recurrence of violence. Within an African context, this has manifested as the proliferation of a wide range of external peacebuilding actors, taking form not only as large intergovernmental institutions such as the United Nations, but also as other transnational, national, regional, and sub-regional entities. Yet following this burgeoning of the peacebuilding sector in Africa, the complexity of its implementation in the field has been met with much criticism, particularly among scholars. Indeed, as Autesserre (2017:114) mentions, the majority of scholarly literature on the subject has overwhelmingly focused on the many failures of peacebuilding, though there is also consensus that international support does have a general tendency to improve peacebuilding opportunities. Thus, it is important to delve into the discussion and delineate the ramifications inherent in external peacebuilding, and for the purposes of this essay, expressly focus on the post-conflict and conflict-prone contexts shared between the West African countries of Liberia and Sierra Leone.

This essay will compare Liberia and Sierra Leone, as both are akin in regard to their respective civil wars as well as having shared the same external actors between them. Also similar among them are the peacekeeping operations and post-conflict peacebuilding initiatives undertaken by these same external actors. Viewed from a macro-level perspective, these peace efforts would seem successful, as indeed neither country has slid back into civil war. However on closer inspection, there are abundant examples of the pitfalls of external peacebuilding. As such, this essay will investigate the cases of these countries with respect to the conduct of the prominent peacebuilding actors involved. Following the body of critical literature, this essay will contribute to the critique of external peacebuilding in practice, or the disadvantages ostensibly inherent in the concept thereof.

The Concept of Peacebuilding

Before delving further into the disadvantages of peacebuilding with specific examples in the two aforementioned countries, it is important to first observe the academic origins of the concept from where it has come from then to now, as practitioners interpret and apply it in the field. The concept of peacebuilding was first developed by Norwegian sociologist Johan Galtung. In his Peace, War and Defence: Essays in Peace Research, Galtung (1976:282-304) outlines three major approaches to peace: peacekeeping, peacemaking, and peacebuilding. Galtung (1969:183) also made the foundational distinction between ‘negative’ and ‘positive peace’, in which the goal of negative peace is to simply achieve the absence of violence, whereas positive peace seeks to fundamentally dissuade structural violence in order to build the conditions for sustainable, long-term peace.

From Galtung’s pioneering conceptualizations in the 1970s, peacebuilding as practice only began to gain traction in the 1990s. This can be seen in its emergence as the nomenclature in vogue among UN leadership, foremost with the publication of An Agenda for Peace in 1992 by Secretary-General, Boutros Boutros-Ghali (Ramsbotham et al. 2016:268). From Boutros-Ghali’s assertions of peacebuilding, which were generally limited to the post-conflict period, the concept further expanded to encompass development, as was championed in succeeding Secretary-General Kofi Annan’s Agenda for Development in 2004. Annan (2004, cited in Karbo 2008:114) propounded that peacebuilding necessitated “sustained, cooperative work on the underlying economic, social, cultural and humanitarian problems.” Annan also went on to establish the UN Peacebuilding Commission (UNPBC) in 2005, which effectively affirmed the UN’s commitment to the idea of peacebuilding (Curtis 2013:203). On top of this however, came academic criticism of the still constrained breadth of practical peacebuilding, which, as Karbo (2008:114) argues, was limited to a focus on short-term intervention.

The reason for the comparison between Liberia and Sierra Leone is due to the fact that both countries are inexorably linked by the intertwined relationship of their respective conflicts and subsequent post-conflict external peacebuilding initiatives. The civil wars in Liberia and Sierra Leone were linked particularly due to the porous nature of national borders in the area, which inevitably led to the spillover of conflicts into neighboring countries, effectively destabilizing the entire region. Examples abound of cross-border armed incursions throughout the duration of the civil wars in Liberia and Sierra Leone. Using Côte d’Ivoire as a launching point, rebel forces known as the National Patriotic Front of Liberia (NPFL) under Charles Taylor invaded the country in 1989, ushering in the First Liberian Civil War (Kieh 1998:72). Of particular importance were the movements of armed groups across the Liberian-Sierra Leonean border. The Sierra Leonean Civil War was effectively triggered as a splinter group of the NPFL, the Revolutionary United Front (RUF), crossed into Sierra Leone to initiate its own rebellion (Adebajo 2002:90). Ironically, rebel groups invading Liberia from Guinea and Côte d’Ivoire finally brought an end to Taylor’s rule and the Second Liberian Civil War in 2003, just as Taylor had done in 1989 (Cleaver & Massey 2006:182).

At the onset of the post-war periods in Sierra Leone in 2002 and in Liberia in 2003, post-conflict peacebuilding initiatives took on similar roles with virtually the same external actors. The two UN missions, UNMIL in Liberia and UNAMSIL in Sierra Leone, took the lead in the peacebuilding process. The Economic Community of West African States (ECOWAS) also played a minor role as it continued to be involved in the disarmament phase of the war in Sierra Leone until 2000 as well as facilitating the UNMIL deployment in Liberia in 2003 (Williams 2016:279-280 and Drew & Ramsbotham 2012:72-73).

The Disadvantages of Peacebuilding in Liberia and Sierra Leone

As mentioned earlier, the cases of Liberia and Sierra Leone portray what could be construed as successful instances of post-conflict peacebuilding. Neither country has experienced violence at the characteristically intense levels they did during the heights of their conflicts during the 1990s. Worryingly however, levels of structural violence have not subsided, but have rather escalated coinciding with external peacebuilding efforts. As a result, the efficacy of Liberia and Sierra Leone’s peace-builders has been directly brought into question. Indeed, clear disadvantages can be seen as external peacebuilding efforts have often brought about deleterious outcomes for many in the local populace. The irony is not lost on the fact that peacebuilding can itself engender structural violence.

Aspects of external peacebuilding that are inherently disadvantageous have manifested themselves in the cases of Liberia and Sierra Leone with the disruption of local economies and the escalation of sexual abuse and gender inequality (Autesserre 2017:118-119). A further disadvantage of external peacebuilding is the lack of farsightedness by peace-builders who, instead of undertaking peacebuilding at a gradual pace with long-term goals, conduct their missions according to an ‘operational checklist’ with the aim of completing the list as quickly as possible in order to expedite the withdrawal of the peacebuilding presence (ICG 2004:i).

Autesserre (2017:119&123) points out that, particularly in the case of Liberia, the local economy in the war-torn state was disrupted by external peacebuilding efforts. The inherently clientelist and corrupt nature of Liberian bureaucracy was understandably, yet wrongly taken to be utterly contradictory to the objectives of the peacebuilding mission. According to Autesserre (ibid), the temporary utilization of the system already in place, even if corrupt, can serve a greater purpose in complementing short-term stability. Le Billon (2003:424) suggests that corruption is simply the symptom of actors reacting and adapting in the most efficient way to volatile and uncertain economic circumstances. It would only make sense, therefore, that actors within a post-war context would resort to such measures.

One of the other major setbacks in Liberia and Sierra Leone and a main disadvantage to peacebuilding in both countries has been the irrevocable damage to gender equality through rampant sexual abuse and violence and the burgeoning of informal economies around prostitution. Westendorf and Searle (2017:371) note that, due to the impoverished nature of post-conflict circumstances along with some other factors, survival sex economies quickly sprung up in countries like Liberia and Sierra Leone. Alarmingly, local men were not the only patrons of the transactional sex markets—peace-builders were notoriously implicated as predominantly involved in the widespread sexual abuse and exploitation of local women. Some 58,000 women were estimated to have engaged in transactional sex with UNMIL peacekeepers within the first nine years of the mission in Liberia, many of them while they were minors (ibid). According to several cases investigated by the UN Office of International Oversight Services (2002:8-11), numerous examples of transactional sex with minors as well as instances of rape were found to be perpetrated by United Nations and affiliated NGO staff in Guinea, Sierra Leone, and Liberia.

The last disadvantage is the proclivity of peace-builders to treat the peacebuilding process as an ‘operational checklist’. As International Crisis Group (2004:9) asserts, “The international community has approached the challenge of stabilising first Sierra Leone, then Liberia with the notion that the primary requirement is to implement a series of processes, after which its responsibility ends and it can safely withdraw.” The usual checklist employed by the United Nations includes the deployment of peacekeeping troops, then disarmament, demobilization and former combatant reintegration; the return of refugees and internally displaced; the reform of the security and judicial sectors; and finally the holding of democratic elections (ibid). International Crisis Group (9&29-30) argues in their report that the conduct of the United Nations in Liberia and Sierra Leone has essentially amounted to the same tired, one-size-fits-all approach to peacebuilding, which has had negative consequences such as leaving Sierra Leone and Liberia as some of the poorest countries in the world. As all the boxes on the list are ticked leading to the withdrawal of the peace-builders, the threat of sliding back into civil war becomes more tangible.

The concept of peacebuilding, originally put forth by Johan Galtung, has proven to be an ever-changing concept and its precepts have been implemented in the field in places such as Liberia and Sierra Leone. Due to the similarity of these two countries and their respective conflicts and post-conflict periods, they lend themselves to comparison and further investigation. The same actors, namely the UN’s missions, UNMIL and UNAMSIL, as well as ECOWAS, have undertaken external peacebuilding efforts in both countries. The main aim of this essay has been to uncover the various disadvantages of how this peacebuilding has been carried out. One aspect of these disadvantages has been the disruption of the economies of the two countries, largely due to conventional understandings on how to deal with corruption in post-conflict environments. Another fundamental disadvantage is the worsening gender equality and sexual exploitation that has taken place in Liberia and Sierra Leone. Finally, the last disadvantageous example has been the inclination of peace-builders to employ an ‘operational checklist’ and one-size-fits-all approach to peacebuilding, which can be ineffectual in recognizing the idiosyncrasies implicit in each post-conflict situation.

With all these challenges to the practice of peacebuilding in mind, improvements can, should, and indeed already have been underway to attend to these issues. The longevity of the UNMIL mission in Liberia, for example, from 2003 to 2018 depicts a shift in UN priorities away from the ‘operational checklist’, rapid deployments, and withdrawals. As Westendorf and Searle (2017:376) mention, UN policy has continuously sought to improve itself following the revelations of widespread sexual exploitation in West Africa by taking three previously unimplemented steps: prevention, enforcement, and confronting impacts on victims. Corruption is naturally not a viable long-term option as more institutionalized, legal-rational solutions are required, however in the short run, retaining neo-patrimonial and clientelist systems can serve to stabilize in the absence of more preferable institutions. Though there may be a long way to go, continual improvements are being made by external actors such as the UN in how they conduct themselves in post-conflict environments. This will hopefully allow for more sustainable peace and mitigate the many disadvantageous practices in peacebuilding.