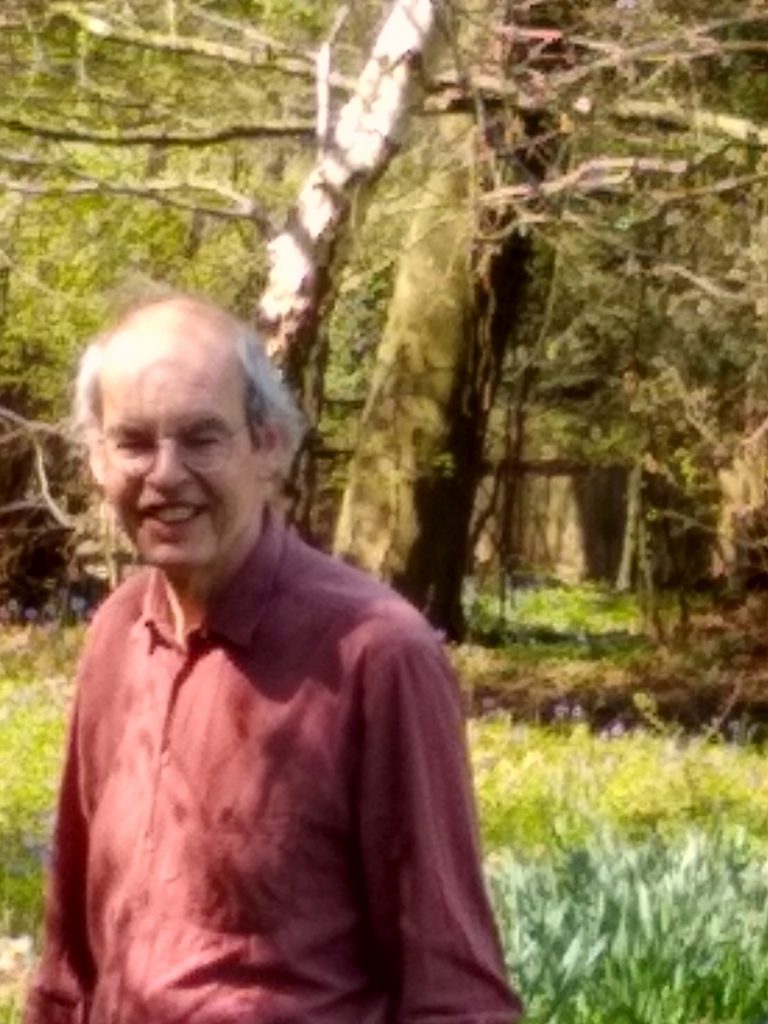 Former director of CARC shares with us what inspired him to engage in studies of peace and war. Further, in this post, we get to know the history of the Centre and how it has evolved during the years. The first memory I have of wanting to do something about peace and war comes from a family visit to the battlefields of northern France. The feeling of the place is well expressed in the song ‘Willie McBride’:

The sun now it shines on the green fields of France
There’s a warm summer breeze that makes the red poppies dance
And look how the sun shines from under the trees,
There’s no gas, no barbed wire, there’s no guns firing now.
But here in this graveyard, it’s still ‘No Man’s Land’,
The countless white crosses in mute witness stand
To man’s blind indifference to his fellow man,
To a whole generation that were butchered and damned.

My father was a conscientious objector in the Second World War and served in the Friends Ambulance Unit. I was sent to a Quaker school. So I was already predisposed to be interested in peace. I read Modern History at Oxford, and while I was there became secretary of Oxford University CND. We went on demos against nuclear weapons and against the war in Vietnam. I wanted to find a way to link my activism with my academic interests. I had already come across Lewis Richardson’s pioneering books, Arms and Insecurity and Statistics of Deadly Quarrels, because Lewis Richardson’s adopted son Stephen was a friend of my parents. I remember being impressed but finding them hard to understand. Rather easier was Kenneth Boulding’s Conflict and Defense, which I read when Boulding was on sabbatical in Jamaica, where my family was living. I met Michael Howard, the Regius Professor of History at Oxford, and he invited me to participate in a graduate seminar on the problems of war and peace in the nuclear age. I gave a paper about Boulding, Richardson and the behaviouralists. Afterwards I asked Michael Howard where I could do postgraduate work in that field. He told me about the conflict studies centre at Kent and the peace studies centres in Lancaster and Ulster. This was in 1970, before the Bradford School of Peace Studies was set up. I chose Lancaster and there met my supervisor Paul Smoker, a physicist, who had been London organizer for CND, and was continuing the Richardson work on arms races as well as developing sophisticated time series studies of conflicts, working on futures and utopias, and exploring ‘psychohistory’ using time series data on the time scale of civilizations from the Russian sociologist Pitrim Sorokin’s Social and Cultural Dynamics. Inspired by Paul I decided to go into peace and conflict research, and after various diversions into experimental communities and environmental research, I ended up as director of the Richardson Institute at Lancaster University. Feargal joined me from the Centre for Conflict Studies in Belfast and went on to take over from me in time as Director of first the Richardson Institute and then of CARC. I was lucky he decided to come over the water, even though it meant distancing himself from his mother’s superb newscutting service.

From there, I came to Kent in 2005. John Burton had set up the Centre for Conflict Analysis at Kent and used it as a network for ‘pracademics’ (academics interested in applying academic insights to conflicts in practice). John Groom and Andrew Williams kept it going, though it wasn’t very active when I came to Kent. We decided to relaunch and changed the name to the Conflict Analysis Research Centre. Ambassador Albert Rohan spoke at the launch, about the Kosovo Peace Plan he had been negotiating together with Maarti Ahtisaari. A strong group of academic staff and PhD students became involved with the Centre. We carried out research projects, produced books and papers, held seminars, and dabbled a little in hands-on mediation. These characteristics have continued to be CARC’s hallmark – it is a network of researchers, a centre for developing new research in conflict, and a means for linking researchers and practitioners. Our website used the image of the Mostar bridge and the slogan ‘connecting research to practice.’

Conflict resolution was the main focus of my research and teaching. We were funded by the EU to carry out a study on diasporas and conflicts, which involved interviewing London-based representatives of Albanian and Serb, Kurdish and Turkish, Hutu and Tutsi communities. We ran into all the standard problems of how you carry out interviews on conflicts without making them worse. Later I embarked on a study of religion, NGOs and the UN together with Jeremy Carrette (then Professor of Religious Studies, now Dean for Europe).

I have been retired for a few years now but I still value my regular visits back to the School and the Centre. One of the innovations we started while I was in CARC was a reading group for staff and postgraduates. Each week someone would choose a leading journal article or a book and lead a discussion about its significance and value. The sessions sometimes showed the tendency of academics to prefer negative criticism over positive appreciation, but it was an excellent discussion group and I always learned a lot from it. Some of the participants honed their skills in this group to became great conference discussants. In Govinda Clayton’s case, he has gone on to make his debut on Doha television to an audience of 4 million!

I still get invited to occasional international meetings, which keeps me engaged in current work. I have been a rapporteur for meetings of the Toda Peace Institute on arms control and disarmament. This February I was in Tokyo for a Toda Institute symposium on the scope for a peace agreement in Korea. In March I was in Nepal at Lumbini, the birthplace of the Buddha, to address a conference on Religion, Conflict and Peace-building in South Asia (a subject that has become horribly topical after the Easter Sunday atrocity in Sri Lanka). I am working with a colleague on a new book on the history of peace and conflict research, which assesses what it has contributed to the building of peace. Finally, I chair the Conflict Research Society, which, like CARC brings together researchers, for its annual conferences, and tries to link the efforts of researchers and practitioners.