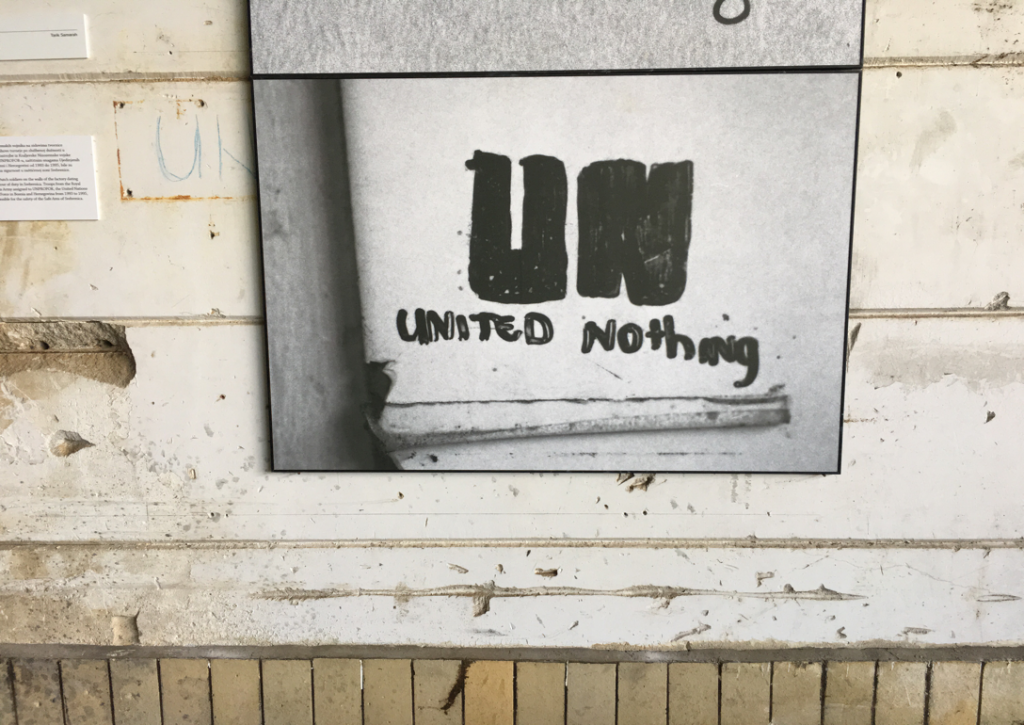 The nature of conflicts have changed since the end of the Cold War as trends in armed conflict have moved dramatically from inter-state to intra-state violence. This was caused by a rise of ethnonationalist tension in the 1990’s making civil wars the predominant type of war since[1]. This article maps the war which took place in Bosnia and Herzegovina from 1992 to 1995 following Paul Wehr’s Guide for conflict mapping.  This article will provide a brief summary of the conflict, highlighting the main actors and interests which were the source for the conflict. Furthermore, the article will focus on the Bosnian Muslims. The Bosnian war was an international intra-state armed conflict that took place in Bosnia and Herzegovina from 1992 until 1995 following the breakup of Yugoslavia. It was the most atrocious war in Europe since the WWII, the main parties involved were the forces of Bosnia, and two other “self-proclaimed” forces: Republika Srpska led and supplied by Serbia, and Herzeg-Bosnia, supported by Croatia. After Tito’s death and the decline of USSR, ethnic tension grew in Yugoslavia. By 1989, there was a strong rise of nationalism in the six socialist republics that made up the country[2], but particularly in Serbia. In fact, Serbian President Slobodan Milosevic’s goal was to create a new entity, a Serbian territory what he would call the “Greater Serbia”. The methods to achieve his plan were mainly propaganda in order to raise fear among local Serbs living in the different regions of Yugoslavia, which he planned to transfer to Serbia, persuading them that they would lose their identity. However, being part of a new “Greater Serbia” was not in the plans of the other republics. Following Slovenia and Croatia, Bosnia called for independence as they were fearing that Milosevic would try to take their land under Yugoslavian control. However, its move towards independence was the excuse Milosevic, and Bosnian Serb SDS leader Radovan Karadzic needed to occupy Bosnia’s territory, including Sarajevo, after the recognition of Bosnia as an independent state in April 1992, by the European Community and the USA.

The primary parties directly involved in the conflict were mainly Bosniaks, Bosnian-Croats and Bosnian-Serbs. The issues in the conflict were interest-based due to the disagreement over who would get what in the distribution of the resources, Serbs not only wanted an important percentage of Bosnian territory but also wanted to show their power to the world through what was happening in Bosnia. Bosnian government itself did want to preserve its territory but was also interested in ending its destruction. The conflict was somewhat based as well on unrealistic goals from the Serbs who expected to create pure and homogenous Serb areas to link it to the so-dreamed “Greater Serbia”, but other entities also lived in those areas.

Until August 1992, there was no third party intervention from the International Community as not only the USA declared it was a “European problem”. Also in the West, the delivery of arms to the Bosnian government was opposed by statesmen such as Douglas Hurd with the argument that “allowing Bosnians to defend themselves would only prolong the fighting”[3]. Furthermore, since 1992 the role of the UN in the Bosnian conflict was very ambiguous. Before mid-August, the UN did not intervene as they believed in Milosevic statement that Serbian paramilitary invaded Bosnia in order to “maintain peace”. France and Britain also wanted to give Milosevic ‘further opportunity to halt the violence in Bosnia’.

After journalists called for intervention by publishing photos and proofs of Serb-run detention camps in northern Bosnia, where Muslim men were executed and women were systematically raped and sexually assaulted, the West finally reacted. Nevertheless once again they had failed to consider the dynamics and fundamental causes of the conflict: mainly ethnic cleansing in order to create homogeneous Serb areas and link them to Serbia. . Instead, they believed that the solutions to the war were linked to solving humanitarian and military problems which did save lives during the Bosnian war, but did not fix the problem. In 1993, there were many suggestions on how to resolve the Bosnian problem, such as the Vance-Owen[4]and the Vance-Stoltenberg plan. The only decision made that year, specifically in regards to Bosnia, was that Bosniaks would be allowed to congregate in a number of the so-called “safe areas” from the UN. In fact those areas were not safe at all, as Muslims could be killed in those areas and the UN soldiers could not fire back, unless they were the target. The main illustration of how unsafe the UN “safe areas” was is the fall of Srebrenica, which was claimed a “safe area” in 1992, but where the biggest genocide on European soil took place since the Holocaust took place [5]in July 1995. This third-party intervention from the West resulted in more deaths than it could have had without their intervention. In fact, the war could have ended within 4 to 6 months[6]if the Bosnian government had the right of any government to obtain arms to protect its citizens. The fighting between Croats and Muslims started to get more intense with the destruction of the Mostar’s Old Bridge by Croats.

However, in 1994 the Washington Agreement[7]created a Muslim-Croat Federation ending the war between those two entities and allowing the two forces to cooperate against the Serbs once again. International intervention came following a mortar attack in Sarajevo, at the Markale market. NATO warned the Serb commanders that if heavy bombardments and weaponry were not ceased, they would be attacked from the air. The conflict regulation only came after the Fall of Srebrenica, and a second mortar attack in Sarajevo when the USA intervened and forced a settlement. Under pressure of NATO’s bombardments, in 1995 Serbia accepted to sign the Dayton Agreement. Bosnia and Croatia establishing a repartition of 51% of the territory to Muslims and Croats and 49% to Serbs of Republika Srpska, and creating a third self-governing administrative area: Brcko District. However, Dayton was only able to establish Negative-Peace[8]in Bosnia.

To conclude, theBosnian war from 1992 to 1995 is mainly categorised by an unrealistic goal from Milosevic and miscomprehension in attempts to helping from the West that ended up bringing more suffering to the people. Wehr’s conflict mapping methods do help to analyse the conflict yet the Bosnian War was so complex that some actors and events cannot just simply fit in his map. The map should make it easier to resolve the conflict yet there’s no positive peace in Bosnia until today.  Even though there’s stability in the country, the main causes for the war were never erased and there is still a strong nationalist feelings and prejudice among the Serbs, Croats and Bosniaks living in Bosnia and Herzegovina today. [9][10]

[2]       “Bosnia and Herzegovina, Croatia, Macedonia, Montenegro, Serbia (including the regions of Kosovo and Vojvodina) and Slovenia.” – International Criminal Tribunal for the Former Yugoslavia (http://www.icty.org/en/about/what-former-yugoslavia)