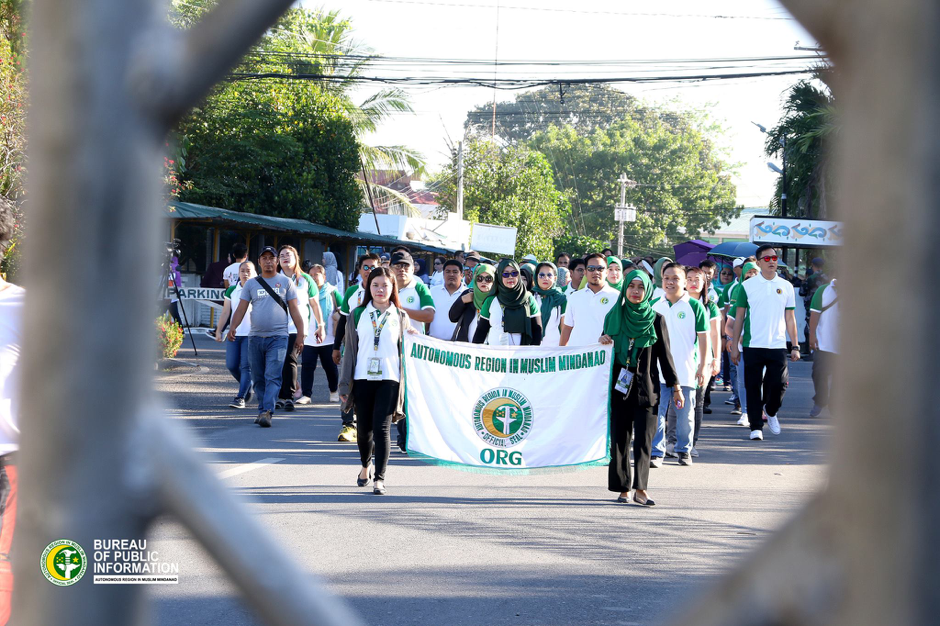 The Global War on Terror Begins

On 11 September 2001, the terrorist organisation, al-Qaeda, hijacked four American domestic flights with the intent of destroying major American landmarks, three of these attacks were successful (Kean, 2004). Nine days later President George W. Bush declared the Global War on Terror (GWOT) for the first time. He called on fellow states to assist the United States to fight this GWOT and the states who harbour terrorists (Bush, 2001). President Gloria Macapagal-Arroyo of the Philippines took up this call and in 2002 the United States (U.S.) begun Operation Enduring Freedom in the Philippines (Castro,2010). With this renewed cooperation between the U.S. and the Philippines, the ‘second front’ in the GWOT was launched in Southeast Asia (Woon, 2011). However, in reality, this fight has been raging for hundreds of years, from Hassan Ibn al-Shabbah’s Order of Assassins in the Middle East, Hugues de Payens’ Knights Templars in Europe, the Triads in China and the Thuggees in India, terrorist activities were not new to the twenty-first century (Sinclair, 2004). This modern ‘War on Terror’ has, and continues to be, directed towards Islamic driven terrorism.

Regional Context – Islam and the Philippines

Islam arrived in the Philippines between the tenth and twelfth centuries through trade between Arab nations and the Philippine islands (Ileto, 1971) with converts beginning to develop a ‘Moro’ identity, coming from the Spanish word ‘Moors’, during Spanish rule (McKenna, 1998). Ethnic conflict on the island, between the Islamic and Christian populations, can be traced back to the development of the Moro identity, with the Muslim population living predominantly in the south and the Christians historically living on the northern island (McKenna, 1998). This conflict was further exacerbated in the 1960s. The majority Christian government encouraged poorer inhabitants of the northern and central islands to migrate to the majority Muslim southern islands (McKenna, 1998). With northern migrants arriving in the south by the thousands, social conflicts between the Christian migrants and Muslim southerners began to erupt (McKenna, 1998). The Mindanao Independence Movement (MIM), the first attempt to organise Muslim Filipinos in order to create a separate Islamic nation from the majority Muslim islands, has been traced by many to the unexplained execution of 28 Muslim recruits by officers of the Armed Forces of the Philippines (AFP) (McKenna, 1998). Known as the Jabidah Massacre, the killings were seen as the final straw in the ethnic armed conflict that inspired many Muslim Filipinos to fight for independence.

The Moro National Liberation Front (MNLF) has been the longest running core party to the separatist cause. Dating back to 1972, its first major clash with the government was an escalation of scattered revolts that turned into an all out war and enabled the MNLF to exercise control over the entire separatist movement (McKenna, 1998). In theory, MNLF consists of various organisational wings including an armed wing, a tribunal, and a congress, however in practice it is more centralized under its leader, Nur Misauri (Bale, 2017). Its major strongholds are situated in the Muslim majority southern islands of the Philippines, labelled the ‘Bangasmoro’ region (MNLF, 2017). In recent years, MNLF has been less active in the armed conflict due to the Mindanao Final Peace Agreement of 1996 which established a Special Zone of Peace and Development, allocated Philippine National Police vacancies to MNLF members, and integrated MNLF forces with the AFP (GRP and MNLF, 1996) within the framework of self-governance to the Bangasamoro region in Mindanao.

Created in 1981 by Abdurajak Janjalani, the Abu Sayyaf Group (ASG) is made up of recruits from MNLF dissidents and has primary strongholds on the Basilian and Jolo islands (UNSC, 2011, Castro, 2010). This group, consistent with MNLF and MILF, has stayed loyal to the original MIM goal of creating a separate Islamic nation in the Southern Philippines Islands. Differing from the other conflict groups, however, ASG has tied itself to the global jihad (Paddock, 2017; Villamor 2017) and has attempted to achieve its goals through terror tactics such as kidnapping, ransoms, and executions (UNSC, 2011). In 1997, ASG was added to the United States list of designated Foreign Terrorist Organizations (FTO) (DOS, 2017).

The U.S. supported the Philippine government and army since it took over the island from the Spanish until 1992. This support was reinstated a decade later due to the launch of the GWOT in the Philippines under the codename Operation Enduring Freedom (Castro, 2010). In 2002 President Bush pledged $100 million in resources (financial, logistical, etc.) and allocated 650 American Special Operations personnel to Mindanao to train AFP soldiers to fight terrorist organizations (Castro, 2010).

The core Islamic Terrorist group is the ASG. The ASG has directly tied themselves to the global jihad and have firmly placed themselves as an Islamic Terrorist organisation target in the GWOT through a strategy of strictly terror tactics (UNSC, 2011). Currently, they are the only conflict group that has been placed on the FTO list (FBI, 2001). ASG has a history of using techniques such as kidnapping, ransom for funding attacks, indiscriminate attacks on civilians, and executions of prisoners as a means for achieving their goals; an approach denounced by Islamic Separatist groups (Abuza, 2005). As an active member of the global jihad, ASG has received funding, recruits, and training from both al-Qaeda and Islamic State and their sub-groups (Paddock, 2017; Villamor, 2017). Whereas MNLF and MILF have been a part of on/off negotiations since 1970s, the Philippines Government has not attempted to negotiate with ASG due to its indiscrimination of terror tactics. This has created a stand-off between the two groups.

Mediators and the Peace Process

Prior to the attacks of 9/11, the main attempts at mediation between MNLF, MILF, and AFP was done by the governments of Libya, Somalia, Senegal, Saudi Arabia, and Organisation of Islamic Cooperation (OIC) (Uppsala, 2017a,b,c). Private negotiations were also completed at a local level by Father Eliseo Mercado, a priest and expert on Muslim relations in the Philippines, who has been an active member in negotiations with the Islamic Separatist groups. Upon the onset of the GWOT, the Philippine conflict received immense support and pressure from the international community to conduct negotiations. Specifically, Malaysia, Brunei, Libya, and Japan have been prominent regional supporters of the peace process, with Malaysia funding and hosting multiple negotiation sessions (Uppsala, 2017a,b,c). On an international level, Turkey, Norway, the United Kingdom, and the European Union have all made attempts to further the peace process. Track two and three mediators such as the International Monitoring team, Third Party Monitoring Team, Asia Foundation, Center for Humanitarian Dialogue, Conciliation Resources, Muhammadiyah, OIC, Archdiocese of Cotabato, and the Community of Sant’Egidio have all supported and pressured both the AFP and Islamic Separatist groups to negotiate for peace (Uppsala, 2017a,b,c).

Transformation of the Conflict

Due to the length of the conflict, key conflict parties have transformed: evolving combining, separating, and working together for training, operations, financing, and more. The transformation of primary conflict parties: MNLF, MILF, and ASG can provide a roadmap into the evolution of the global conflict – as ethnic conflicts turned to religious conflicts and religious conflicts turned into terrorism. The Philippines conflict has been described as entering a ‘de-escalatory’ phase since the GWOT was declared in 2001, with the decline of militants from 1,200 in 2000 to 390 in 2006’ (Castro, 2010). This ‘de-escalatory’ phase may be attributed to a multitude of factors including an increase in AFP-MNLF-MILF cooperation; international pressure towards peace negotiations; a shift in Philippine public support for the ongoing conflict; and U.S. financial, military, logistic, and technical support for the AFP.

Public influence over the conflict

Since the declaration of the GWOT there has been a large push towards negotiation by the international community (Castro, 2010). Multiple states such as Malaysia, Libya, Japan, Turkey and Brunei have offered support and resources to the Government of Philippines, MILF and MNLF for negotiation, resulting in the development of multiple agreements (Uppsala, 2017). We can see in figure one, the growing number of international actors that have taken part in placing pressure on the conflict groups to resolve the conflict through peaceful means. This pressure not only includes international actors, but regional powers, non-government organizations, and grassroots initiatives such as those of Father Eliseo Mercado. South and Joll state that the recognition of the state of Bangsamoro by the international community, and the community’s support for negotiations is a key factor in the success of the peace process to date (2016).

Originally a U.S. protectorate, the Philippine Government has received millions in U.S. support towards their military capabilities. This was briefly removed for a ten-year period between 1992 and 2002, and resumed post 9/11 (Woon, 2011). The increase in U.S. funding, training, and other resources as part of Operation Enduring Freedom for the AFP allowed for an increase in capability and capacity against both the Islamic Terrorist and Islamic Separatist groups.

Bale, Jeffrey M. “The Abu Sayyaf Group in its Philippine and International Contexts.” Middlebury Institute of International Studies at Monterey.

Castro, Renato (2010) Counter-Insurgency in the Philippines and the Global War on Terror. Examining the Dynamics of the Twenty-first Century Long Wars. European Journal of East Asian Studies. 9(1): 135-160.

Paddock, R.C. (2017) He Aimed to Fight in Syria, ISIS Had a Broader Plan: Southeast Asia. The New York Times.

Armed Groups in Mindanao and Myanmar. Critical Asian Studies. 48(2): 168-192. University of Kent – School of Politics and International Relations Page 15 of 16