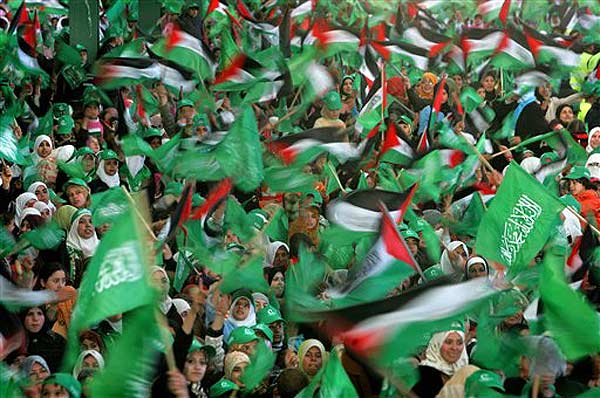 This blog post shows the significance of actions taken by external actors in rooting and escalating the Fatah-Hamas conflict after the Palestinian legislative elections 2006. The elections meant the starting point of the conflict between the two Palestinian parties. Whereas Fatah is supported by foreign powers in the Palestinian administrative body, the Palestinian Authority (PA)[1], Hamas is designated as a terrorist group by the key external actors – Israel, the US and the EU.[2] Hamas’ victory caused a withdrawal of western aid from Palestine and eventually led to a decade-long rivalry between Hamas and Fatah. Later, the changes in the international context cut funding from the Arab world and the development finally led isolated Hamas to a reconciliation deal with Fatah in 2017.

Contexts in the 2006 elections

The elections of 2006 were the second time Palestinians elected members to the Palestine Legislative Council[3]; the previous general election had taken place in 1996 followed by several postponements of further elections.[4] There were a lot of tension already before the elections took place. The US claimed that terrorist groups like Hamas should not be permitted to participate in Palestinian elections.[5] Israel didn’t want Hamas to raise into power either so it hindered the election campaign in East-Jerusalem in several ways.[6]

Who fights who? The complexity of the conflict

The elections were announced fair and democratic in spite of the surprising result.[12] The Middle-East Quartet[13] indicated that assistance to the PA would continue if Hamas renounced violence, recognized Israel, and accepted previous Israeli-Palestinian agreements, which Hamas refused to do.[14] The Arab League also stated that Hamas should recognize Israel although otherwise the response was milder.[15]

In March 2006, Hamas formed a government without Fatah which refused to join a Hamas-led coalition. In April 2006, the US and the EU announced that all aid to the West Bank and Gaza were to be suspended if it went through the PA agencies. Humanitarian aid would continue but only through international and non-governmental organizations.[16] Although a member of the Quartet, Russia took a different approach to Hamas. It maintained contacts with Hamas’ officials and later argued to lift the aid embargo.[17] Moreover, after the elections, Iran and Syria, in addition to existing Qatari-financing, stepped in to fund the organisation.[18]

Meanwhile, Israel withhold all monthly tax and customs receipts that it collected for the PA. Palestine was heavily depended on these transfers so the sanctions had dramatic consequences for the PA and Palestinian economy.[19] Moreover, during the first months of the newly elected Palestinian parliament, Israel arrested almost one quarter of its members – their crime being membership of a terrorist organisation.[20] Later in 2006-2007 Israel and Egypt closed their borders with Gaza and Israel set a maritime blockade on the waters.[21] Thus, a popular mandate didn’t open dialogue between different actors but instead the western powers betrayed the principles of democratic mandate by isolating democratically elected government – finally leading to the escalation of the conflict. [22]

The conflict enflames: Development after the sanctions

Hamas and Palestine were left isolated and suffered from fiscal problems. By the end of 2006, tensions in the West Bank and Gaza Strip were rising as living conditions worsened and PA employees went unpaid for weeks or months. Over 100 Palestinians were killed in the violence that followed. In February 2007 Hamas and Fatah formed a PA national unity-government to end the spasm of violence and the international aid embargo. Anyway, the western powers and the UN chose to cope only with the Fatah-members of the unity-government.[23]

The Arab World’s reactions, differentiated from those of the West and the Arab-League welcomed the unity-government as an opportunity to end intra-Palestinian violence and resume long-lagged peace negotiations with Israel.[24] Nevertheless, as the unity-government didn’t function due to the western reactions, Hamas finally took control of the Gaza Strip in June 2007.[25]  Fatah, by contrast, quickly ousted Hamas from power from the West Bank. [26] Thus, the foreign powers enflamed the contradictions between Hamas and Fatah which led to an intensifying conflict.[27]

Hamas and Fatah have tried to reconcile many times over the years but they’ve repeatedly ended up blaming each other for political failures. Fatah-led PA has criticized Hamas for creating a shadow-government and blocking the efforts for political unity. Hamas, on the other hand, has accused the PA of coping with the Israeli government through politically motivated arrests. Last local elections were held in the West Bank 2012 but Hamas rejected to join due to the unsolved issues between the two. [28]

Changes in the international context has cost Hamas the most of its supporters.  There was a tiny gap of relief during the administration of the Muslim Brotherhood in Egypt in 2012-2013 but under the presidency of al-Sisi, Hamas is again seen as an extension of the military-government’s domestic rival. Moreover, the civil war in Syria has cooled the relations with both Iran and Syria due to the president al-Assad’s repression of antigovernment-activists and Iranian support to his side. Qatar has also cut its support while trying to mend ties with Egypt and other Arab neighbors.[29]

The isolation of Hamas has led to persistently worsening living conditions in Gaza. According to the UN report in 2015, the combined effects of the on-going blockade and Israeli military offensives can make the territory “uninhabitable” by 2020.[30] The troubles finally led Hamas into reconciliation-deal with Fatah in 2014, to which Israel immediately reacted by suspending peace-talks with Palestine and called for new sanctions on the PA.[31][32] Nevertheless, Hamas and Fatah kept holding secret meetings in Qatar and Switzerland got active in pushing the peace-treaty in 2016.[33] Finally, in October 2017, the adversaries signed a reconciliation deal hosted by Egypt in Cairo, which after the PA started taking control of Gaza’s administrative and security responsibilities. However, the fate of Hamas’ security forces and 25,000-strong military wing remained unsolved.[34]

Foreign powers and Israel were influential in causing and enflaming the Fatah-Hamas conflict due to their ability to shake the Palestine economy and pressure the government. The sanctions and the embargo on Gaza have caused the isolation of Hamas and inhumane living-conditions in Gaza. The later changes in the international context, due to the Arab spring, have had further impact on Hamas by cutting the most external support that it still had left, forcing the party to find a new solution with the PA.

[1] PA is an administrative organisation that governs parts of the West Bank and Gaza. It was established during Oslo accords 1993 and it is designed to have control over security-related and civilian issues in Palestinian territories.

[3] PLC is the legislative arm of PA. It consists of 132 representatives which serve for 5 years at a time.

[8] PLO conducts among other things the foreign relations of Palestinians. It was established 1964.

[13] The Quartet has been formed to ease the Israel-Palestine conflict.