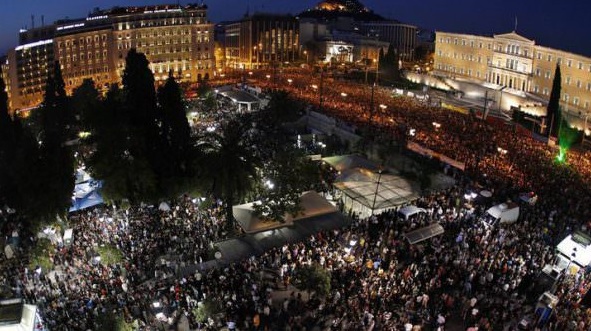 The panel will shed light on the nexus between policies of accountability and learning from past policy failures in countries emerging from economic crisis. Although there is a vast literature on economic crises, we know relatively little about which conditions facilitate or impede the decision of countries and international bodies to engage with issues of accountability and responsibility. Ten years on, the Great Recession provides an excellent backdrop against which to examine these processes, as international organizations and post-crisis countries have set up investigative (or judicial) mechanisms to deal with the political and institutional flaws that led to the meltdowns, ranging from commissions of inquiry to prosecutions of financial and political actors. The three contributions in this roundtable examine the puzzling variations in the types of crises and punishments in post-crisis Europe (Kovras & Pagliari), the role of the European Central Bank in ensuring accountability in the post-Crisis Era (Popelier & Lettanie) as well as the impact of cabinet and cabinet replacements in parliamentary accountability (Barnes & Morgan-Jones). Aiming to address the new challenges between effective governance and accountability, this roundtable will debate the broader challenges facing post-crisis Europe in the 21st century.

Ute  Lettanie is PhD Candidate at the law faculty of the University of  Antwerp (Belgium). Her  research under the supervision of Professor Popelier is entitled:  ‘Questioning the Legitimacy of the European Central Bank: A  Multidimensional Approach’. She is the author of several publications on the European Central Bank, including a forthcoming article in the  Journal of Economic Policy Reform. She will start a six month traineeship at the  Directorate General Legal Services (the Financial Law Division) of the  European Central Bank as of 1 November 2018.

Edward Morgan-Jones is Senior Lecturer in the School of Politics and International Relations at the University of Kent. His research focuses broadly on comparative political institutions in both developed and emerging democracies. He has particular interests in constitutional choice and its consequences, semi-presidential and parliamentary government, cabinet composition, termination, early election calling and democratic representation and accountability. His research on these topics has been published in the American Political Science Review, Comparative Political Studies, British Journal of Political Science, European Journal of Political Research and Post-Soviet Affairs. He has also published a book entitled ‘Constitutional Bargaining in Russia 1990-1993: Institutions and Uncertainty.

Isabelle Ioannides is a Policy Analyst in the Directorate on Impact Assessment and European Added Value in the European Parliamentary Research Service (EPRS) of the European Parliament, where she engages in policy development and research in support of the legislative oversight that Parliamentary committees and subcommittees conduct on EU external action. She is also a Lecturer/Assistant Professor in the Département de Géographie et Territoires of the Ecole Normale Supérieure in Paris, an Affiliated Alumna on the European Studies Progamme of the University of Virginia (USA), and a Senior Advisory Board Member of the humanitarian charity organisation ‘Hope for Children’ – UNCRC Policy Centre in Cyprus.