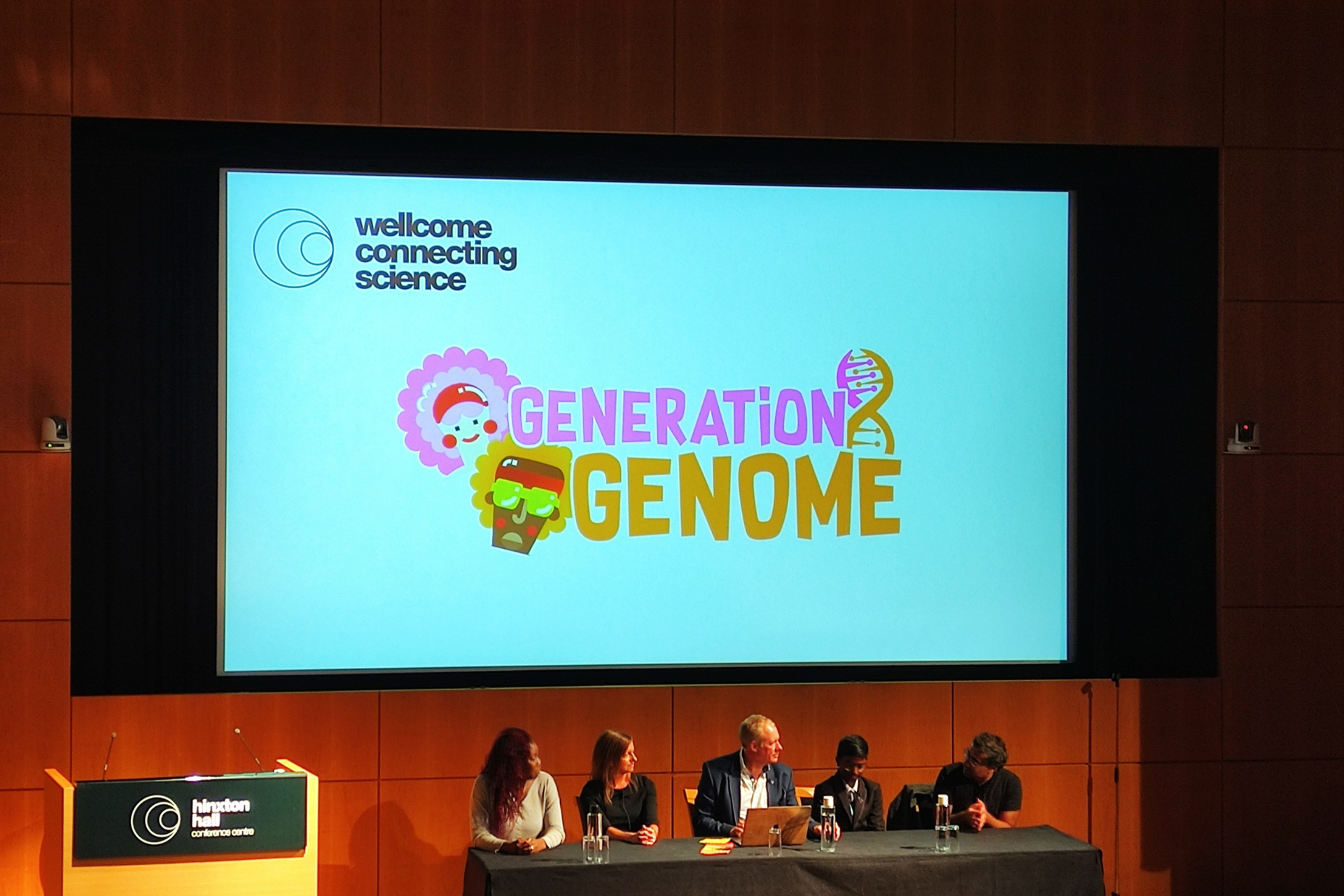 The University has launched its documentary series Generation Genome with a celebration of Science and Public Engagement at the Wellcome Genome Campus in Cambridge.

The series, which features school children from across the country, was part-funded by the BFI’s Young Audiences Content Fund (YACF) and made in conjunction with local TV company KMTV.

By placing young people at the centre of a debate about genetics and the impact it will have on their future, the series aims to inspire the next generation of scientists, particularly those from economically deprived and culturally diverse backgrounds.

In six action-packed television episodes, Generation Genome takes its young audience on a thrilling exploration of cutting-edge science, covering a range of topics including mental health and genetics, and designer babies.

The series is presented by recent University of Kent graduate Ogo Anokwuru and Professor Darren Griffin from the School of Biosciences. Professor Griffin explains that, ‘Generation Genome was an amazing project to be involved in and so different from anything I’ve done before. When we made Generation Genome we wanted to try and achieve three main things: we wanted to take science directly from the lab bench to the school with a production that saw young people and world leading experts working together to answer some critical questions around genomics and society; we wanted to create a space where young people could think critically and ethically about the world around them by placing them firmly at the front and centre of the series; and we wanted to equip everyone with information on genomics that is reliable and delivered in an interesting and accessible way that would help to empower young people. I hope we’ve achieved this. We’ve certainly learned a lot along the way.’

The event was attended by several of the schools involved in the series, including Tong Leadership Academy Bradford and Brompton Academy Kent, as well as school children from local Cambridge and Canterbury schools. These students were also given the opportunity to discover the world-leading Wellcome Genome Campus, get involved in hands-on science activities, and chat to a host of experts from Kent and Wellcome Connecting Science at the ‘meet the scientist’ stand.

Lorraine O’Brien, Head of Biology, The Archbishop’s School said: ‘It was an engaging and inspiring day. Generation Genome will be an inspiration to a new generation of scientists.’

Tom Hamilton-Box, a year 11 student from The Archbishop’s School said: ‘It was fascinating to see the research carried out and to learn about the future of genomic research and bioinformatics. Having the option to talk to a scientist working at the Institute was great!’

The face-to-face event also ran virtually, with a live stream of the panel debate on YouTube, enabling school children from across the country to be part of the excitement.

Dr Philip Pothen, Director of Public Engagement at Kent, added: ‘Generation Genome is a way of demonstrating how important our cutting-edge research and public engagement work and activities are to the University. Inspiring the next generation of scientists is essential in realising the ambitions of young people, the scientific community and Kent.’

You can watch a short video about the event on our Generation Genome YouTube channel: https://www.youtube.com/channel/UCs4xwR9v7hm5AyCwWXLAOQg/featured