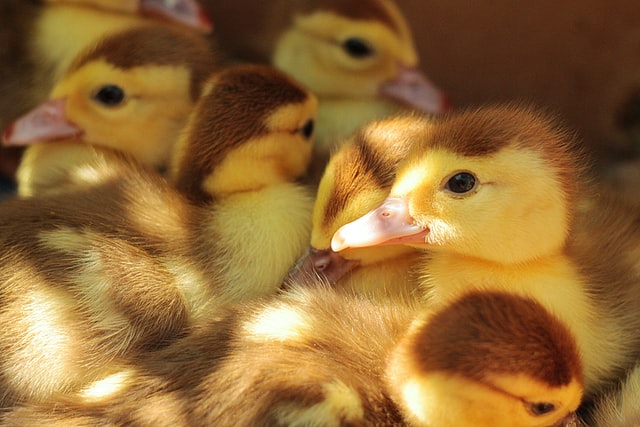 Congratulations to Dr Peter Ellis & James Turner, on being finalists for the Falling Walls Science Breakthroughs of the Year 2022 in Life Sciences.

Dr Peter Ellis from the School of Biosciences, in collaboration with colleagues James Turner and Charlotte Douglas at the Francis Crick Institute in London, has developed a way to use gene editing technology to control the sex of mice born in the laboratory. Using their novel method, the team can guarantee that a litter of baby mouse pups will be all males, or all females, depending which is wanted. The discovery should significantly reduce the number of mice bred for research topics that only require a specific sex of animal – for example research into the function of the ovaries or testes.

But it doesn’t stop there. Offspring sex ratio control isn’t just a laboratory curiosity, but is one of the major goals of the livestock industry across a wide variety of species. Farming, you see, has a rather obvious problem with sex. Bulls don’t give milk. Male chickens don’t lay eggs. Across the world, these factors mean that sex selection is a routine part of modern farming – selection that is predominantly carried out by killing the unwanted sex shortly after birth. The toll is staggering: estimates hold that up to 7 billion male layer chicks are slaughtered each year.

Even for other species, there is often a welfare incentive or an economic incentive to favour one sex or the other. Male pigs, unless you castrate them, tend to develop a flavour called “boar taint” that makes meat unsellable. Conversely, male beef cattle grow faster and leaner than females, as do male broiler (meat) chickens.

Together, these concerns mean that a reliable and fool-proof way to select offspring sex could have dramatic animal welfare and economic benefits worldwide. The proof-of-principle system developed in the current work is expected to work in almost any vertebrate species, including all livestock species. However, the road from laboratory to farm may be a rocky one – the use of this type of genetic technology in animal species is a hotly contested topic, with public opinion and regulatory regimes in flux worldwide.

The GriffinLab caught up with Dr Ellis to ask some questions about the work.

How does this sex selection system work?

This technology relies on two key features. Firstly, simple Mendelian genetics – in mammals the father passes his Y chromosome specifically to his sons, and his X chromosome to his daughters. Secondly, the fact that the gene editing tool CRISPR requires two parts to come together in order to inactivate a target gene.

We took advantage of this to create a two-part system to inactivate embryos of the unwanted sex. The father carries one part – in this case the Cas9 enzyme – either on his X or his Y chromosome so it is only passed to one sex of offspring. This is then triggered by a second gene – the guide RNA – inherited from the mother. When the two elements are combined in the next generation, the Cas9 and guide RNA act together to disable a gene called Top1. This then prevents the embryos from developing beyond a very early stage. Since only the unwanted sex inherits the Cas9 from the father, the other embryos are free to develop entirely normally. In birds, sex is determined by the Z or W chromosome inherited from the mother, but in all other respects the technology should function in an equivalent manner.

What was your motivation for carrying out this research?

The goal is simply to ensure that no matter whether we’re talking about the laboratory or the farm, as few animals as possible are culled simply for being the wrong sex. In scientific and medical research for example, we (alongside many other researchers in the UK) are committed to a set of guidelines called the 3R’s: to reduce the number of animals used, to refine how animals are used and to replace the use of animals where possible. My own work focuses on the basis biology of male reproduction, and I’ve also worked with and alongside livestock geneticists for many years. Sex selection is widely acknowledged as a key welfare issue in both areas. A method like the one we’ve developed could be a practical way to solve this problem as it ensures that only the needed sex of animal is produced.

What were the scientific challenges in developing this technology?

The first main challenge was which gene to choose for targeting. We needed to identify one that when targeted would ensure robust elimination at a very early stage of development, before the embryos developed a nervous system, and therefore ensuring that there was no suffering. We achieved this by targeting Top1, a gene essential for cell division, and were able to induce embryo inactivation at the 16-32 cell stage. The second challenge related to ensuring that transgenes inserted into the sex chromosomes could express at adequate levels. The X and Y are uniquely challenging in this regard, because the X chromosome undergoes X-inactivation where is it completely silenced, and the Y chromosome is highly condensed (heterochromatic), meaning expression level could be low. The challenge of the X was overcome by expressing the transgene before X-inactivation takes place. The challenge of the Y was overcome by connecting the transgene to a Y-gene that is expressed ubiquitously (a gene called Uty), and therefore overcomes the effects of Y condensed structure. Everything was tested in stem cells first to ensure the system was robust.

How does your work inform the debate on genetic technology in livestock?

First, we should make clear we are not the arbiters of this process and that any use of this approach in farm animals would come only after there is public support for and acceptance of the use of this form of technology. The recent Nuffield Bioethics report shows very clearly animal welfare is the paramount public concern in relation to any form of genetic editing in farm animals, just as animal welfare was the key driver for us in developing this system. Our work highlights the very real welfare problems with current farming practices, and provides a concrete case where biotechnology can ameliorate these. As regulation and public opinion moves away from blanket prohibitions and towards a more nuanced cost/benefit calculation of the use of genetic technology in farming, it’s important for this debate to be grounded in real examples of where it could be applied.

What needs to happen before this technology could be applied to livestock?

Technically, the difficulty of implementing this method in livestock will vary significantly depending on the maturity of the genetic tools available to perform the required genetic modifications in each species. As a very loose guideline, designing and demonstrating the principle in laboratory mice has taken six years of work up till now, much of it in cell line work. A similar time frame would be required for proof of concept in a farm species, followed by a further scale-up period before it could be deployed widely. Naturally, if it were adopted, we would encourage clear labelling to ensure consumers are able to make informed, personal choices.

Repurposed from the GriffinLab blog