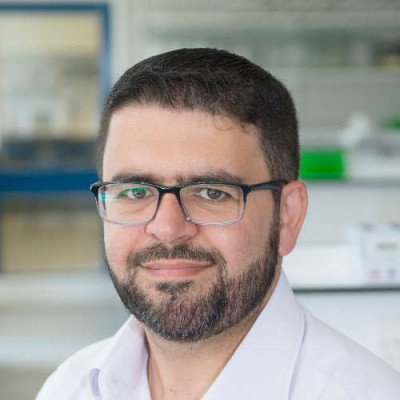 Project led by Dr Anastasios Tsaousis (Tasos), and supported by The European Cooperation in Science and Technology (COST).

Dr. Anastasios D. Tsaousis, Reader in Molecular and Evolutionary Parasitology, from the School of Biosciences has been awarded a 516K euros grants for building a research network. The project “Blastocystis under One Health”, led by Dr Anastasios Tsaousis (Tasos), is supported by The European Cooperation in Science and Technology (COST).

Here is a summary of the project:

Blastocystis colonizes at least one billion people making it the most prevalent intestinal microbial eukaryote.Emerging data indicates higher prevalence in animals. A high proportion of carriers are asymptomatic. Despite numerous studies, the pathogenicity of Blastocystis remains controversial. Currently, at least 26 genetic subtypes (STs) exist. Of these, ST1-ST9 and ST12 have been found in humans, while the rest have been isolated only from non-human hosts. Information on prevalence, geographic distribution and host specificity of STs is incomplete. Significant gaps also exist on the environmental presence of Blastocystis. Collectively, this paucity of data blurs the Blastocystis landscape considerably. The specific objectives of this framework are to: (1) Support advancement of Blastocystis research by bringing together professionals from various disciplines and countries; (2) Foster information sharing on current methodologies, especially in the areas of subtyping, host-Blastocystis-microbiome interactions and Blastocystis-omics; (3) Promote capacity building via a transdisciplinary network of international collaboration; (4) Open avenues of communication with veterinarians, physicians and the general public. By the end of this initiative, participants will be able to: (i) Apply state-of-the-art tools for molecular identification of Blastocystis; (ii) Harmonise methodologies for subtyping Blastocystis and identifying its role within the gut; (iii) View Blastocystis under One Health approach; (iv) Generate novel hypotheses to test role of Blastocystis in the gut ecosystem, health and disease.

Taken from the Blastocystis Parasite Blog

“This networking award will bring together experts from Europe and around the world to answer fundamental questions regarding Blastocystis, an organism that is estimated to be present in the gut of at least one billion people. Through this project, which we will be coordinating at the University of Kent, we will incorporate a unique One Health approach to study Blastocystis by integrating new advances in medical, veterinary, public and environmental health research. The proposed project is relevant and timely due to the increasing demand for knowledge not only regarding the role of microbes in health and disease, but also on a broader scale regarding composition of healthy gut microbiota and how specific gut microbes can be used to manipulate the gut ecosystem.”