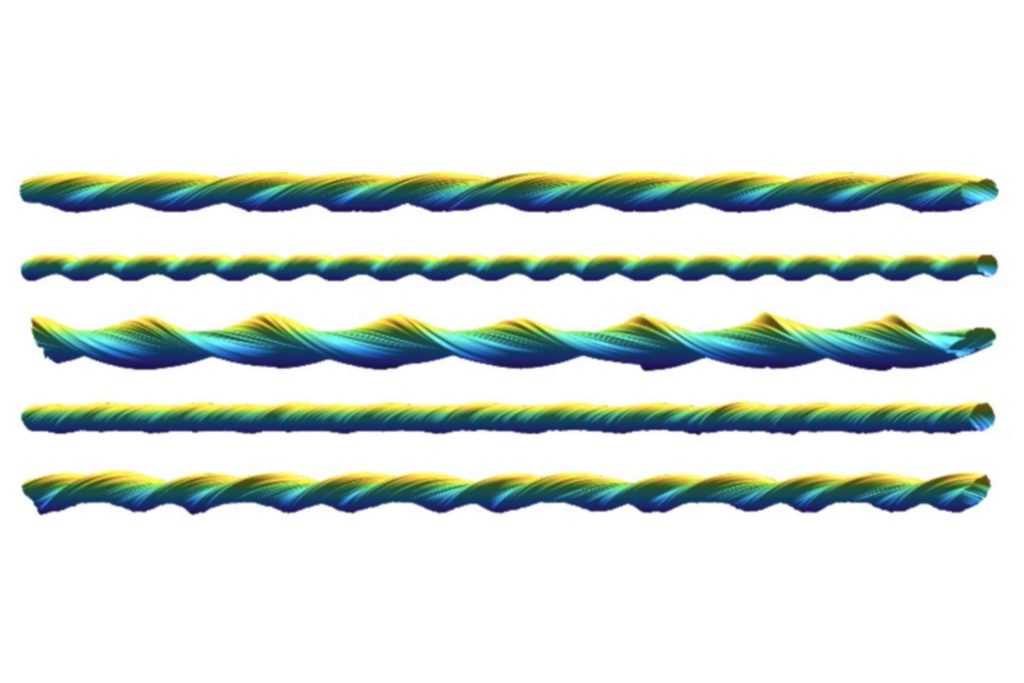 Imaging biological molecules in high resolution is important for understanding the relationship between their structure and the biological responses they elicit, as well as informing the development of therapeutics for diseases that result from structural changes.

Atomic force microscopy (AFM) is a technique that can image individual biological macromolecules such as proteins or DNA at the nanometre scale by scanning the sample surface with a tiny tip. However, a significant limitation to this technique has been an imaging artefact that arises from the interactions of the tip and the sample. In a recently published paper by the Xue group; “Three-dimensional reconstruction of individual helical nano-filament structures from atomic force microscopy topographs”, this artefact is turned to an advantage and used to gain local ‘magnification’ of the sample surface.

The researchers demonstrated the approach on AFM surface scans of amyloid fibrils – filaments composed of misfolded proteins that are implicated in the pathology of neurodegenerative diseases, including Alzheimer’s, but are also essential for the normal functioning of organisms. The paper describes how AFM scans can be processed to correct for the imaging artefact and so generate higher resolution structures of the individual helical filaments in 3D.

“This work will lead to a better understanding of the fibril structural variation and help with determining the biological response to specific fibril populations.”