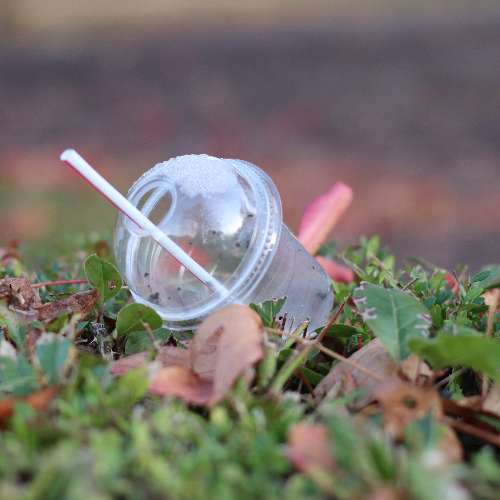 Could you imagine a world where all of the damage we have caused by plastic pollution was solved by tiny little superheroes?

Well, members of the Kent Fungal Group (KFG) are working on it. In the lab of Dr Tobias von der Haar, two Masters by Research students are exploring the possibility of creating microbes to help solve the current plastic pollution emergency.

Across the world over 280 million tonnes of plastic materials are produced annually. Much of this plastic is Polyethylene terephthalate (PET), a material found in all areas of everyday life from plastic bottles to clothing fibres. PET is highly resistant to degradation making it one of the most environmentally challenging plastics produced today.

In 2016, a team of Japanese scientists described Ideonella sakaiensis, a novel bacterium able to use PET as an energy and carbon source. The enzymes this bacterium produces to degrade PET have become the focus of intense interest worldwide, and are also the focus of the two MSc projects at Kent.

Charlotte Bilsby, a Marine Biology and Zoology graduate from the University of Bangor, now conducts research for an MSc in Microbiology. She is modifying Dictyostelium discoideum, a species of amoeba commonly found in forest soil, to produce and secrete PET degrading enzymes. Over the past month she has been getting to grips with isolating and culturing the amoeboid species from soil samples across the Canterbury campus. She is now in the early stages of transforming the amoeba to express and secrete PETase.

Noor Issa, a Biomedical Science graduate from the School of Biosciences at the University of Kent, is engineering Saccharomyces cerevisiae, otherwise known as baker’s yeast, to produce the same enzyme. This microbe is commonly used for the production of proteins of industrial interest. For the past month she has been working on transforming two different strains of the yeast by inserting a plasmid containing the gene for PETase.

Both research projects are contributing to the intense international research effort on how we can best reduce plastic waste and pollution.