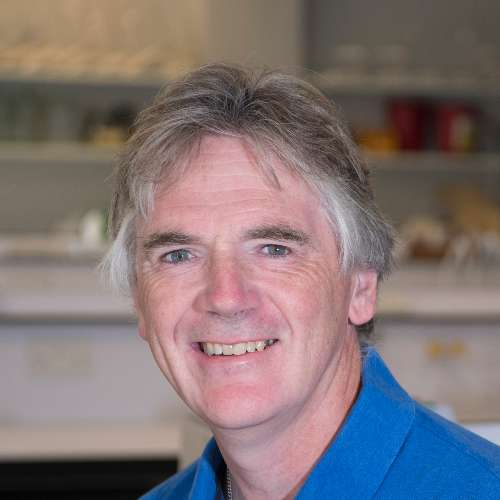 Professor Martin Warren from the School of Biosciences, has been awarded a prestigious 4 year Royal Society Fellowship. Professor Warren and his lab will be conducting research into devising a simple diagnostic test to detect B12 deficiency in humans.

Vitamin B12 deficiency has been identified as one of the major components of pernicious (or non-iron deficient) anaemia, which is further associated with neural tube defects in unborn babies, higher levels of brain atrophy in the elderly and is linked with the development of cardiovascular disease and diabetes. B12 is a highly unusual vitamin in that it is only obtained from a diet rich in meat and dairy products and is completely absent from crops. B12 deficiency, and insufficiency, has been described as a hidden epidemic within first world countries, especially as one in five people over the age of sixty lose the ability to absorb the nutrient. The problem is even more severe in developing countries that cannot afford high meat prices or where cultural practices encourage vegetarianism. The reason for the hidden B12 problem is that there is no simple, rapid, assay to monitor serum B12 levels. Currently, blood samples are taken and sent away for analysis meaning that the procedure is both invasive and slow.

In this application, Prof Warren hopes to make a simple diagnostic test for B12, using a pin-prick of blood that will give an answer within 15 minutes. This will provide a significant advance to patients not only in the UK in their self-administration of the nutrient and also to field workers who are trying to determine the scope of the problem in developing countries such as India, where it is estimated that up to 90% of the population may be B12 insufficient.