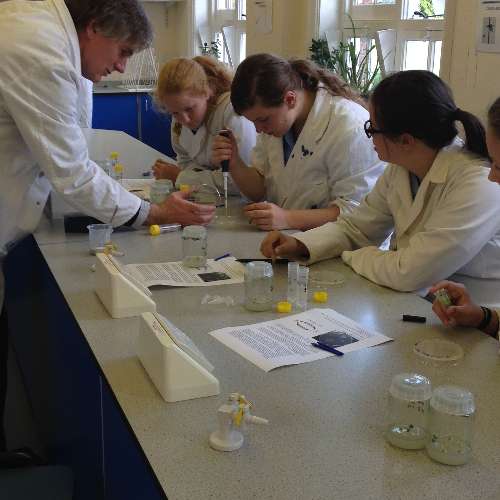 Research from the University has been named as one of the UK’s 100 Best Breakthroughs of the last century for its significant impact on people’s everyday lives.

The research was conducted by Professor Martin Warren at the School of Biosciences, who is honoured in the Universities UK (UUK) list for his pioneering work.

His research discovered how the diets of vegetarians and vegans could be improved by increasing the amount of Vitamin B12 (known as cobalamin) in plants, which normally lack this nutrient altogether, by proving that common garden cress can take it up.

Cobalamin-enhanced plants could help overcome dietary limitations in countries like India, which have a high proportion of vegetarians and could address the global challenge of providing a nutrient-complete vegetarian diet, valuable as the world becomes increasingly meat-free due to population expansion.

The list of breakthroughs demonstrates how UK universities are at the forefront of some of the world’s most important discoveries, innovations and social initiatives, including the discovery of penicillin, work tackling plastic pollution, ultrasound scans to check the health of unborn babies and the establishment of the Living Wage.

The list was compiled by UUK as part of the MadeAtUni campaign to change public perceptions of universities and bring to life the difference they make to people, lives and communities across the UK.

University of Kent Vice-Chancellor and President Professor Karen Cox said: ‘It is a fantastic achievement for the university to be featured in the UK’s Best Breakthrough list. We’re extremely proud of the work of our academics and difference they are making to people, lives and communities. The MadeAtUni campaign is an incredibly important initiative for the University of Kent as it allows students, alumni, the local community and the wider population to understand the work that we do and the impact it has.’

Professor Dame Janet Beer, President of Universities UK, said: ‘Universities really do transform lives. The technology we use every day, the medicines that save lives, the teachers who inspire – all come from UK universities and the important work being done by academics. The UK’s Best Breakthroughs list is a testament to the difference that universities make to people’s lives and we want everyone to join us in celebrating the work they do.’