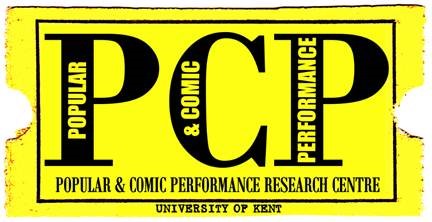 On 19 May 1979, the Comedy Store opened in Soho, London and precipitated the alternative comedy movement, which would revolutionise the style, subject matter and politics of British stand-up. From this point onward, the comedy club – previously unknown in the UK – would begin to replace the variety theatre, working men’s club or folk club as the wellspring of new comic talent. The alternative comedians had a completely different approach from those who immediately preceded them. Instead of buying or borrowing material, they promoted self-authorship, devising gags and routines for themselves. They took established joke structures and stereotypes and turned them inside out. They refocused comedy’s attention on youth, aligning themselves with popular music and reflecting alternative lifestyles. They also made comedy explicitly political, rejecting sexism and racism and becoming part of the left-wing anti-Thatcher culture. The current UK comedy industry, from the smallest DIY comedy club to the arena tour, can arguably trace its origins back to the alternative comedy movement of the 1980s.

Organised by the Popular & Comic Performance Research Centre (PCP) at the University of Kent and the Centre for Comedy Studies Research (CCSR) at Brunel University London, Alternative Comedy Now will be an international interdisciplinary conference taking stock of this crucial cultural movement, forty years on from its inception. In addition to academic papers, the conference will feature involvement from some of the key figures in alternative comedy, a festival of alternative comedy performance, and an exhibition of early alternative comedy material from the British Stand-Up Comedy Archive. We are also pleased to announce that Alternative Comedy Now will also feature the following keynote sessions:

We invite proposals for papers exploring such issues as:

Cabaret vs. comedy. The earliest term used to describe the new scene was ‘alternative cabaret’, and this was used interchangeably with ‘alternative comedy’ for a number of years. The use of the word ‘cabaret’ reflects the fact that it was made up of far more than stand-up comedy acts. We invite papers about the other types of act that appeared on in alternative cabaret, including double acts, ranting and dub poets, street performers,

If you have any questions about the Alternative Comedy Now conference, please contact Sharon or Olly via the email addresses above.