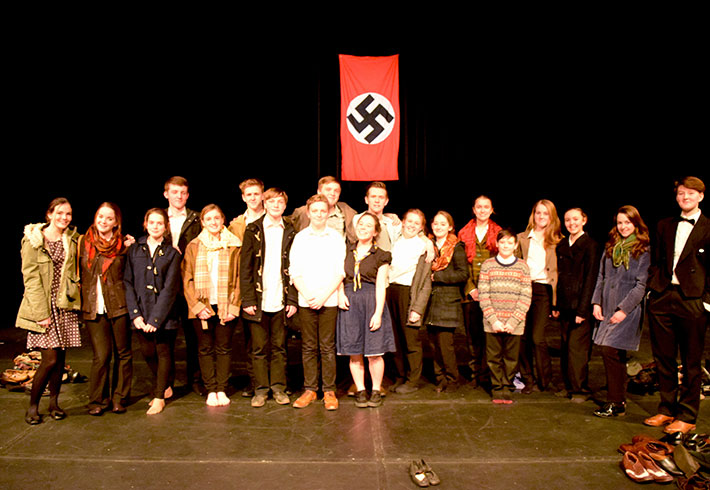 Emma Reeder (MDrama Applied Theatre Graduate), School of Art’s Assistant Lecturer is the director of Gulbenkian’s Young Company’s production of The Edelweiss Pirates.  This week the Edelweiss Pirates has been selected to be performed at the Olivier Theatre at the National Theatre as part of NT Connections.

This is a tremendous achievement and a huge credit to Emma and all the young people involved. The project has been funded and produced by Gulbenkian with support from School of Arts with space and donations from the public.

Emma also runs her own company, Wide Eyed Theatre Company, which was one of the School’s Graduate theatre companies and runs the Gulbenkian’s Youth Theatre, many of whose members are participating in the Gulbenkian’s Young Company’s The Edelweiss Pirates.

They have established a distinctive practice which offers a wide variety of contemporary skills and stands out in its training for young people. I had the privilege of being invited to the work-in-progress and the first performance at the Gulbenkian, and the piece has gone from strength to strength. If you didn’t see it at the Gulb or Marlowe, do try and see it at the Olivier on July 6th. Sian Stevenson, Drama Lecturer

Get your tickets to the show here!