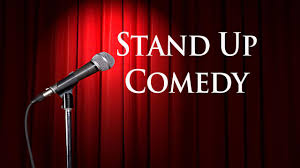 Preaching to the Converted? How Stand-up Comedy Matters

Practitioners, audiences and critics are often dismissive of political comedy’s impact. It is argued that audiences only attend political performances if they already agree with the performer; further, that audiences will not laugh at ideas that they find too subversive. As laughter depends upon consensus and success depends upon laughter, the comedian can have no impact on wider social attitudes.

These assumptions have often troubled political artists and have influenced their practice. Some, like comedians Stewart Lee and Josie Long, have developed an unusual artistic policy, often disrupting conventional joke-laugh rhythms on principle and refusing to acknowledge laughter ratios as the key marker of success. Others, including Mark Thomas and Mark Steel, have made a virtue of preaching to the converted, using the agreement of live audiences to power wider social change.

This paper challenges assumptions about what political comedy’s impact might look like, and argues for a better understanding of how it goes about mattering. I draw on practitioner interviews and key concepts in sociological social psychology to argue that both of the above approaches may be effective in shaping the attitudes of audience members. In so doing, I aim to demonstrate that the much-maligned practice of ‘preaching to the converted’ really matters.

Sophie Quirk is a Lecturer in Drama and Theatre at the University of Kent where she primarily teaches popular and comic performance. She is currently working on a monograph entitled Why Stand-up Matters: How Comedians Manipulate and Influence. The book explores the social and political influence of contemporary British stand-up comedy, and is due to be published by Methuen in September 2015.