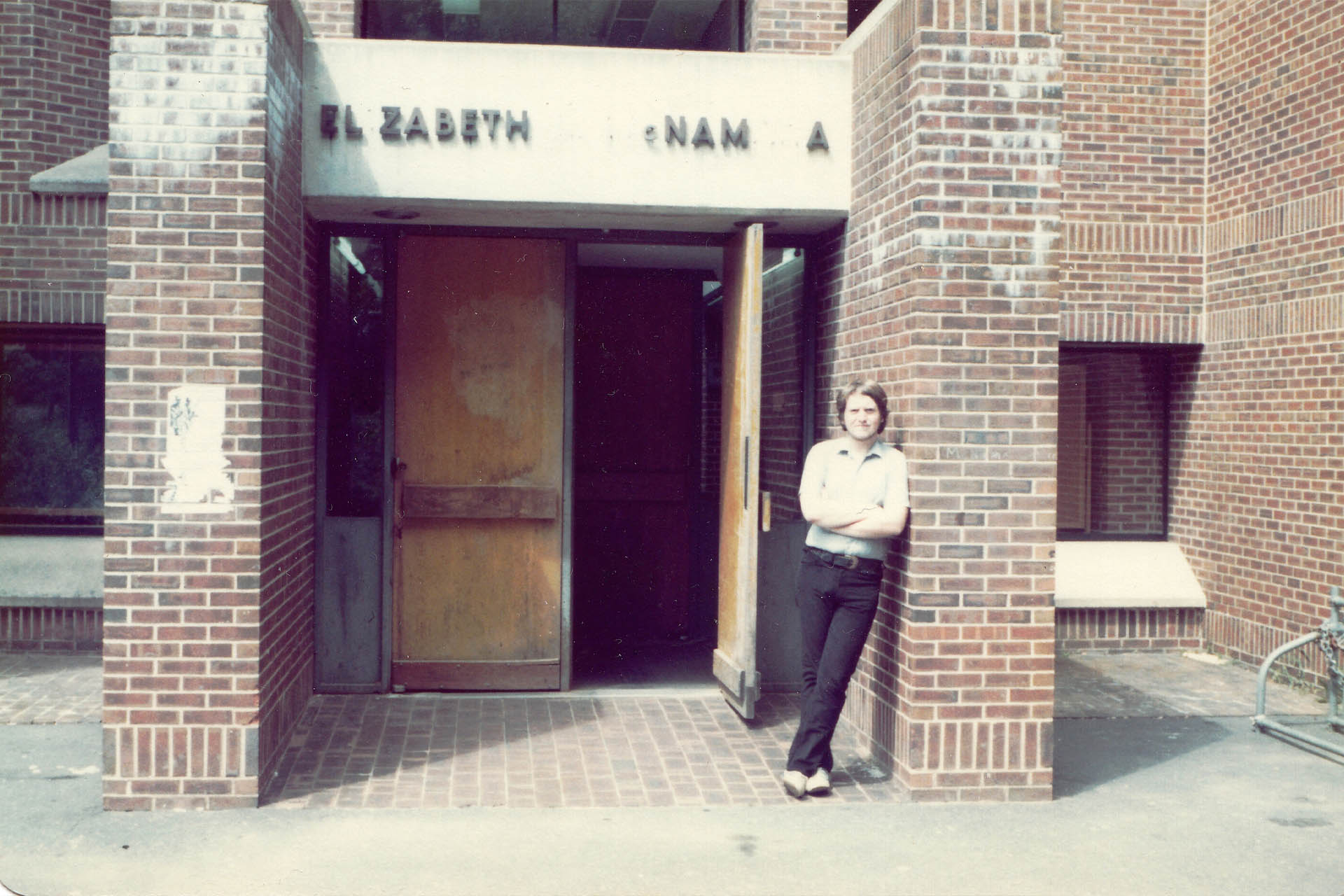 American Studies alumnus Mark Sutherland shares his account of his journey to, and time in the US for his year abroad.

I was a very quiet 20 year old when I flew to the USA, and nervous as the date approached, but once I was on the plane (a Laker  DC10/Skytrain!) I realised I was on my own, and a sort of calm set in. This proved useful, as when I arrived at New York, and transferred from JFK to La Guardia to fly on to Hartford (why I was flying and not on a bus, I’ve never figured out…). I was told that flight didn’t happen on a holiday. I took off hours late, missed the last bus to Amherst from Hartford, and they lost my luggage as well. I arrived a day late at UMass, having missed induction and having no clean clothes, with the temperature in the high 90s. A day or so later my suitcase arrived but in the meantime the town of Amherst experienced a complete failure of the water supply, and all the students were sent home. This left 500 foreign students in scattered buildings across the campus, depending on water trucks guarded by the National Guard. Still I got on Boston TV, as they needed someone to talk to, and after a few days the water was restored and the students returned…anyway, as I said to my parents in my first postcard home, things could only get better…

And they did! I found many family members in New England we’d been unaware of, who we’re now in regular contact with, and visit when we can. I did a Civil War course led by Stephen B Oates, biographer of Lincoln and MLK, and a Vietnam course where General Patton was one of the guest speakers. I heard speeches from Gordon Liddy, George McGovern, Daniel Ellsberg, John Dean, Bob Woodward and Abbie Hoffman, saw concerts with Pete Seeger, Oscar Petersen, BB King and Bonnie Raitt, and appeared in a couple of plays at the Fine Arts Center.

I spent much of the Christmas break in Montgomery, Alabama with friends of the family, and spent a couple of days reading Civil War era newspapers in the State Archives. On the way back to New England, I stopped off at my roommate’s home in Bethesda. Through a family friend I was put in touch with the Associated Press correspondent for the State Department, who got me a front seat at the Alexander Haig confirmation hearings (where I was very impressed by a young senator from Delaware!). He also took me around the Capitol, introducing me to senators and their staff, and shortly before the Reagan Inauguration he asked if I wanted a ticket as he had a spare – of course I said yes. So there I was on the day, in my student clothes, surrounded by Republicans in their finery singing, ‘God Bless America’, as the Iranian hostages were released, and the USA went wild with relief.

I can’t stress enough what a difference the year abroad made to all of the American Studies students (about 20 in all). I’m still obsessed with the USA (I had a Washington-based boss for some years, which meant I got to visit regularly), and my daughter graduated last year with an American Studies degree from Winchester, so it continues.