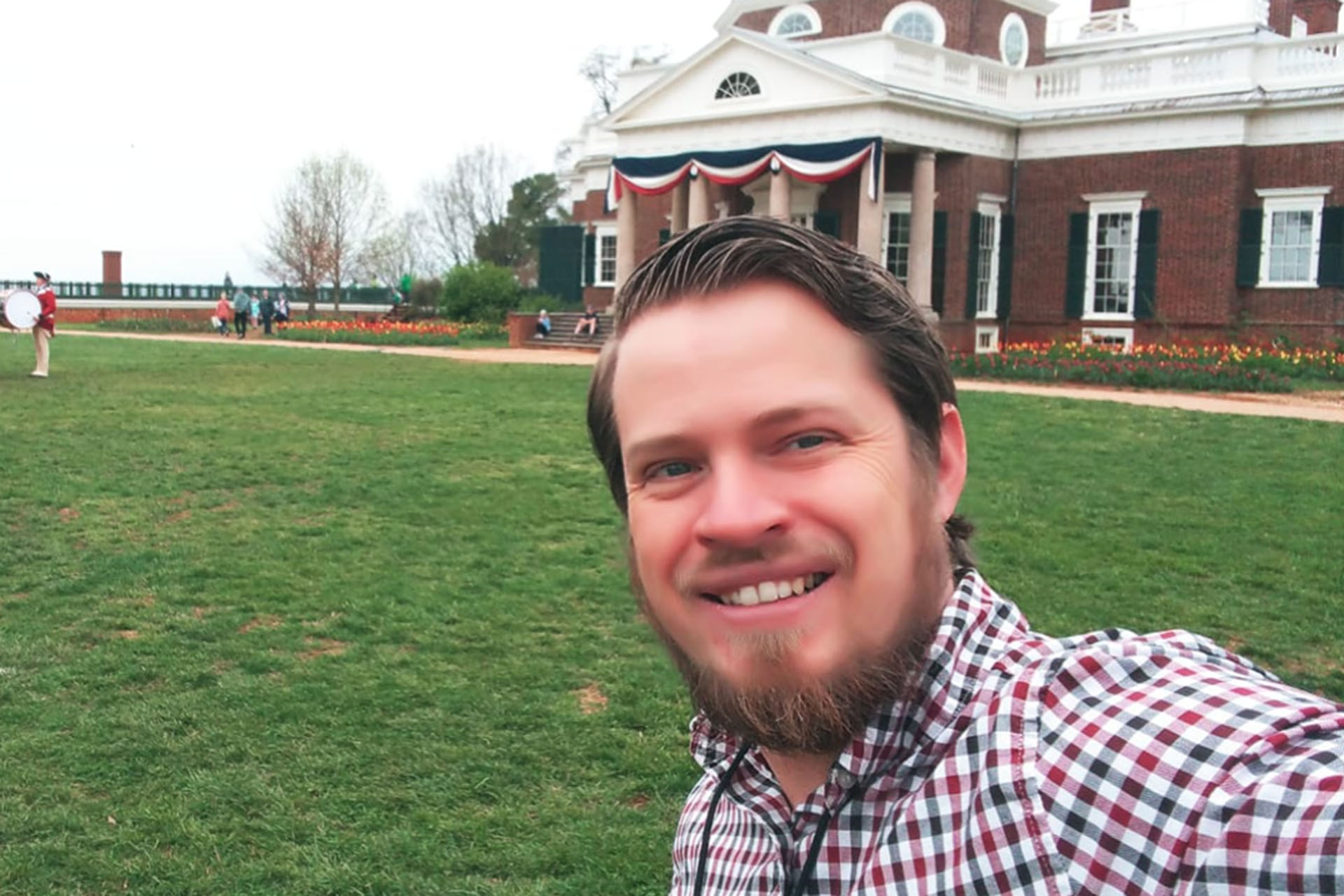 The Centre for American Studies at Kent hosted its inaugural Alumni event on Zoom on the evening of Thursday 10th. Alumnus, Dr Gary Sellick, gave a brilliant talk about his time here, including his role as Vice-President of the American Student Society, work as Student Ambassador, Year Abroad at the University of South Carolina (including a prolific road trip covering 35 states) and meeting his future wife during his degree! Thank you to Gary for taking the time out for the talk, and for the lively chat that followed.

Dr Sellick graduated from the University of Kent in 2010 with a BA in American Studies and immediately started his PGCE at the University of Exeter. Gary went on to become a history teacher at a secondary school in Surrey before commencing the History PhD programme, along with an MA in Public History at the University of South Carolina, the same institution where Dr Sellick had completed his Study Abroad whilst at Kent.

It was also during this time that Dr Sellick began work on a documentary editing project at the University, an experience that led him directly into his current employment at the Papers of Thomas Jefferson: Retirement Series, based at Jefferson’s Monticello estate, where he currently works as an Editorial Assistant.