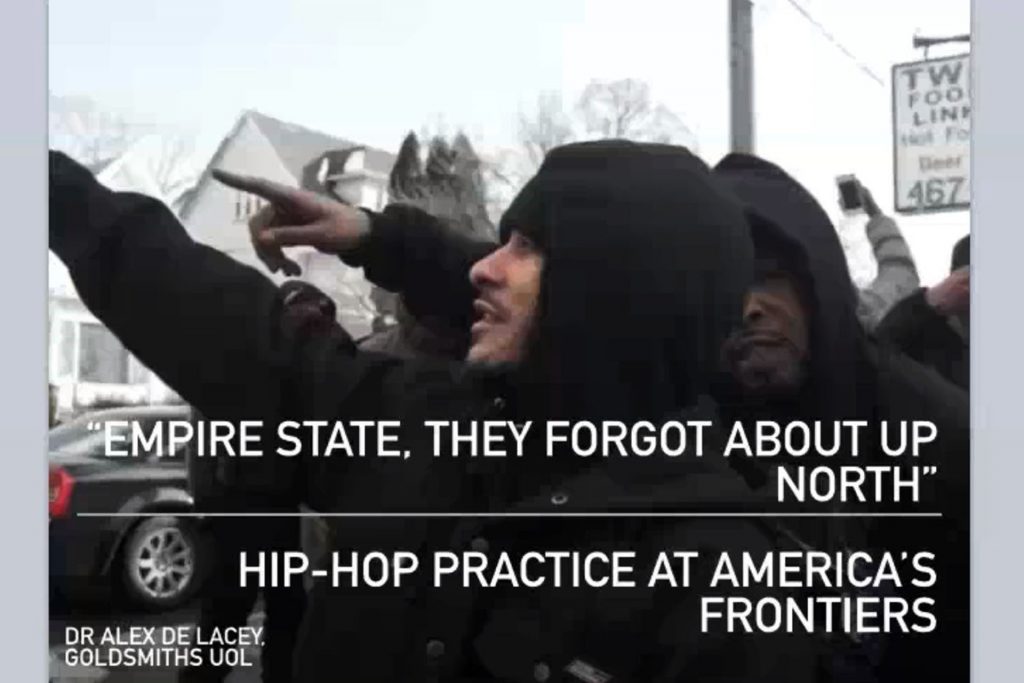 The fourth Americanist Symposium, organised by Jack Dice and Irene Lopez, postgraduate students at The Centre for American Studies at the University of Kent took place on 21st November. Sponsored by the School of English, School of History, and BAAS, this year’s theme was ‘The Spatial Americas.’ The myriad of topics explored by the speakers in the four panels (with four speakers per panel), as well as the concluding keynote lecture delivered by Dr. Anne-Marie Angelo, shaped an original, connective, and interdisciplinary event which subverted the common use of space as ‘a context’ by bringing it to the forefront of the conversation to interrogate how the Americas are spatially constructed. In spite of COVID-19, and adapting the event to an online format, it was a fantastic day with so many inspiring papers, ideas, and discussions coming from all directions.

In the first panel, Liminalities and Frontiers, the speakers explored those liminal spaces from a wide range of perspectives:

The speakers in the second panel, Written Spaces: The Geographies of American Literature, focused on the relation between literature and its multiplicity of spaces, by taking a critical look at their own academic research. It opened with:

After the morning panels, the afternoon panels were as exciting as the previous ones. Speakers in the third panel, Space, Memory, and Exile were:

To conclude the symposium, we experienced an amazing keynote lecture delivered by Dr. Anne-Marie Angelo (University of Sussex) presenting her forthcoming book Black Power on the Move: Migration, Internationalism, and the British and Israeli Black Panthers. In her lecture, she brilliantly examined the Black Panther movements of Israel and the United Kingdom in order to understand how Black Power was transformed from an African-American movement to a global black freedom struggle.

This was a fascinating and interdisciplinary symposium that confirmed the pluralism of American Studies as a field of research and demonstrated the supportive framework that postgraduate-led initiatives might offer.