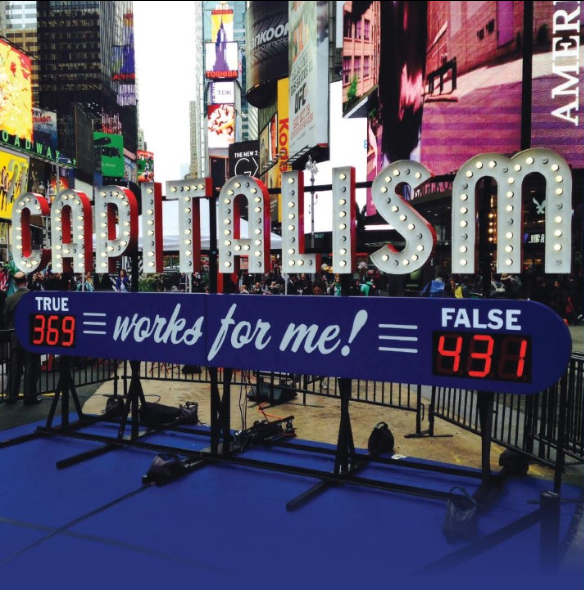 Conversations on Capitalism II: Narrating Capitalism – How have people attempted to make sense of capitalism by telling stories about it?

One of the most challenging aspects about the study of capitalism is being able to get some critical distance from it; to see the forest for the trees. Understanding how people have attempted to make sense of capitalism by telling stories about it, has long been of interest to scholars, and in this talk, we will take part in an effort to understand the influence of narrative on our understandings of capitalist development.

Dr Will Norman, Reader in American Literature and Culture at the Centre for American Studies chairs a discussion with Dr Sue Currell (University of Sussex) and Dr Tim Jelfs (University of Groningen).

This event is open to the public and all are welcome to attend the discussion and a reception afterwards.

Sue Currell is Reader in American Literature at the University of Sussex. Her work looks at the ways in which ideas about modernity have entered into the experience of being American and the way identity is constructed and formulated. The author of several books, including The March of Spare Time: The Problem and Promise of Leisure in the Great Depression, she has most recently published a book on New Masses magazine.

Tim Jelfs is Assistant Professor of American Studies at the University of Groningen. His research examines 20th and 21st century U.S. literature, culture, history and politics. His book The Argument About Things in the 1980s: Neoliberalism and the Remaking of American Culture was published in 2018.

About Conversations on Capitalism

World events and a teetering global economy have brought capitalism back into the centre of scholarly debate. Particularly in the history of the United States, the result has been a creative, searching study of the origins and development of a system that in a wider culture appears natural. Along with this work has come an equally vital debate about the problems of this new literature from all corners.
This year, the Centre for American Studies will create a platform for this debate: a series of open, informal talks that will form a year-long conversation with academics, students, staff and the wider public. The aim of these conversations will be to spark a broader debate not only about the new work in this field, but seek unique ways of thinking about and talking about capitalism in the twenty-first century.